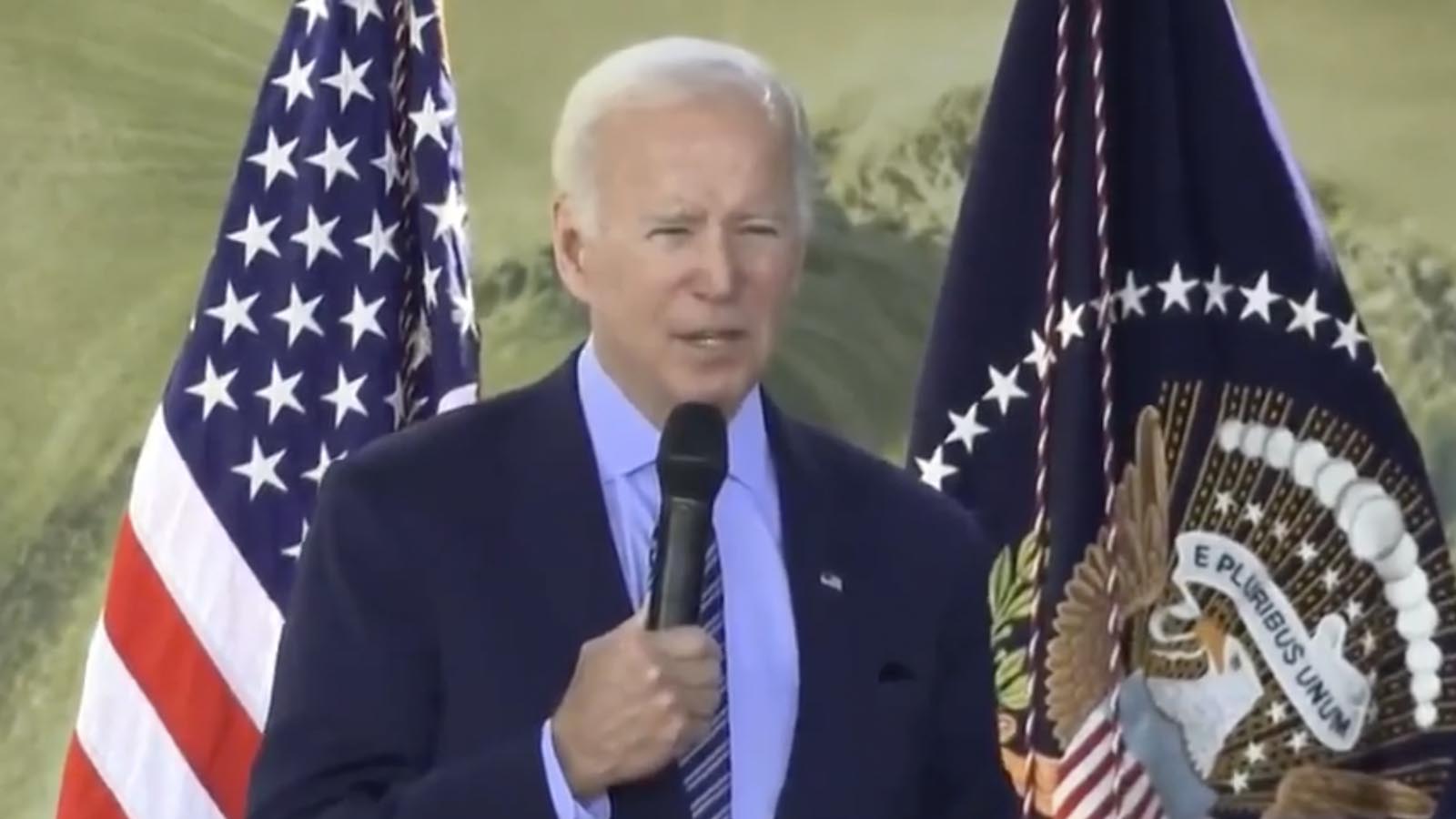 President Biden said Friday that coal plants are too expensive to operate, and “we’re going to be shutting these plants down all across America” in order to shift to wind power in a comment that drew criticism from the Republican National Committee.

“I was in Massachusetts about a month ago on the site of the largest old coal plant in America,” Biden said at an event in Carlsbad, California, on Friday. “Guess what? It cost them too much money. They can’t count. No one is building new coal plants because they can’t rely on it. Even if they have all the coal guaranteed for the rest of the existence of the plant.

“So it’s going to become a wind generation. And all they’re doing is it’s going to save them a hell of a lot of money and using the same transmission line that they transmitted the coal-fired electric on, we’re going to be shutting these plants down all across America and having wind and solar power, also providing tax credits to help families buy energy efficient appliances, whether it’s your refrigerator or your coffee maker, for solar panels on your home, weatherize your home, things that save an average, experts say, a minimum of $500 a year for the average family.”

Biden added that it is “cheaper to generate electricity from wind and solar than it is from coal and oil.”

“Literally cheaper,” the president said. “Not a joke.”

A Department of Energy report published this summer showed massive job losses in the fuel industry following Biden’s presidential campaign where he pledged to lead the country away from fossil fuels.

The report found that the fuel technology sector experienced job losses totaling 29,271 jobs in 2021, a 3.1% year-over-year decline, with the majority coming in the fossil fuel industry. Onshore and offshore petroleum companies shed 31,593 jobs, a 6.4% decline; the coal industry lost 7,125 jobs, down 11.8% year-over-year; and fossil fuel extraction jobs declined by 12%.

“The DOE jobs report is not only reflective of the broader pandemic slowdown, but also highlights an Administration that has worked overtime on restricting American natural gas and oil production,” Independent Petroleum Association of America spokesperson Jennifer Marsteller told Fox News Digital in an email.

On the campaign trail in 2020, candidate Biden suggested that coal miners facing an economy where their job is potentially phased out should “learn to program.”