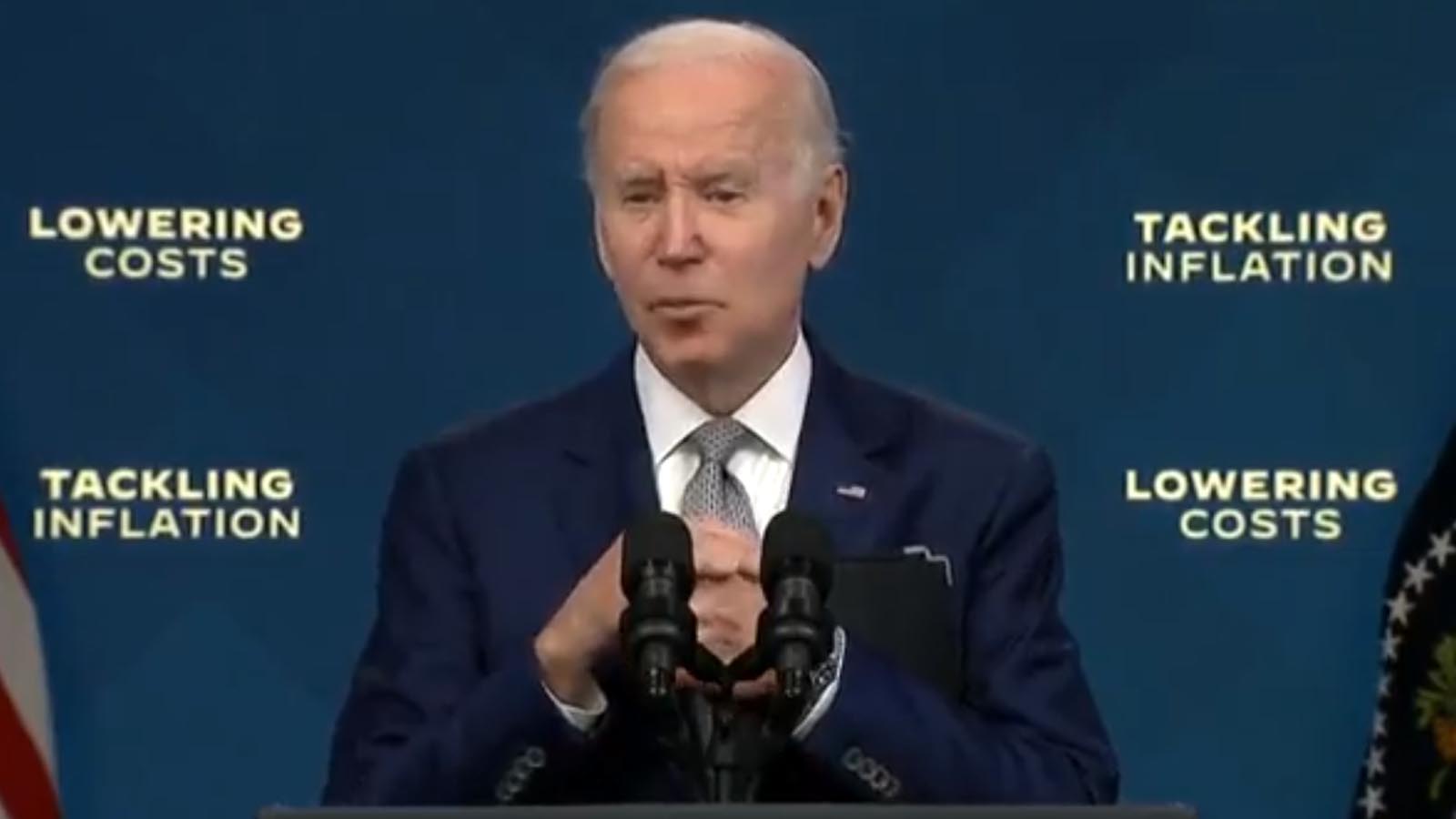 During a speech at the White House on Tuesday, President Joe Biden was attempting to address the high inflation rates in the United States.

Yet instead of offering any logical solutions to the problem, Biden filled his speech with some of his all-too-familiar gaffes.

One of the low points came when a reporter was discussing comments Florida Rep. Rick Scott made prior to Biden’s speech.

“You called out Rick Scott a little while ago in your remarks,” the reporter said to Biden. “Earlier today, anticipating your remarks, he said, and I’m just quoting here, that ‘the most effective thing Joe Biden can do to solve the inflation crisis he created is resign. He’s the problem.’”

A wry smile crept across Biden’s face as he responded.

Biden responds to calls for him to resign:

Given the tone of Biden’s response, it is likely he was being sarcastic. However, this sarcasm ignores a concern many Americans genuinely hold.

According to a February 2022 poll conducted by ABC News and The Washington Post, 54 percent of Americans said Biden lacked the “mental sharpness to serve effectively.” Just 40 percent said he had the necessary mental sharpness to lead the country.

In addition, 52 percent of Americans said Biden could not be trusted in a crisis, and 59 percent said he is not a strong leader. These are legitimate criticisms held by a majority of Americans, but Biden thinks they will disappear if he sarcastically mocks them.

“The senator added later, ‘Joe Biden is unwell, he’s unfit for office, he’s incoherent, incapacitated and confused,’” he said. “These are his words. I offer you a chance to respond.”

The above polling data proves this is not a fringe criticism from a Republican politician, but rather a concern the majority of Americans have about Biden. Instead of addressing any of these concerns directly, Biden criticized Scott himself.

“I think the man has a problem,” Biden said.

If Biden wants to dismiss everyone who has doubts about his mental acuity, the ABC News/Washington Post poll suggests he will have to answer to at least 54 percent of the American public.

The rest of Biden’s speech did not exactly inspire confidence in his mental state. At one point, he paused in the middle of his answer with his mouth open. He then went on to suggest Democrats control “all three branches of government,” which is not true.

Here's our golden ticket for the midterms and 2024. pic.twitter.com/gPee12FJVv

The three branches of government are the executive, legislative and judicial. Democrats do control the first two, but the judicial branch is inherently non-partisan and not “controlled” by either party.

Biden was likely trying to say Democrats hold the presidency and the two chambers of Congress, but his inability to accurately convey his thoughts proves yet again why Americans don’t feel comfortable with his presidency.

Since Biden took office, America has endured crisis after crisis, spanning from the surge of illegal border crossings to the breakdown of basic supply chains. Biden will eventually have to answer for his disastrous presidency, and it may just happen at the ballot box in November.