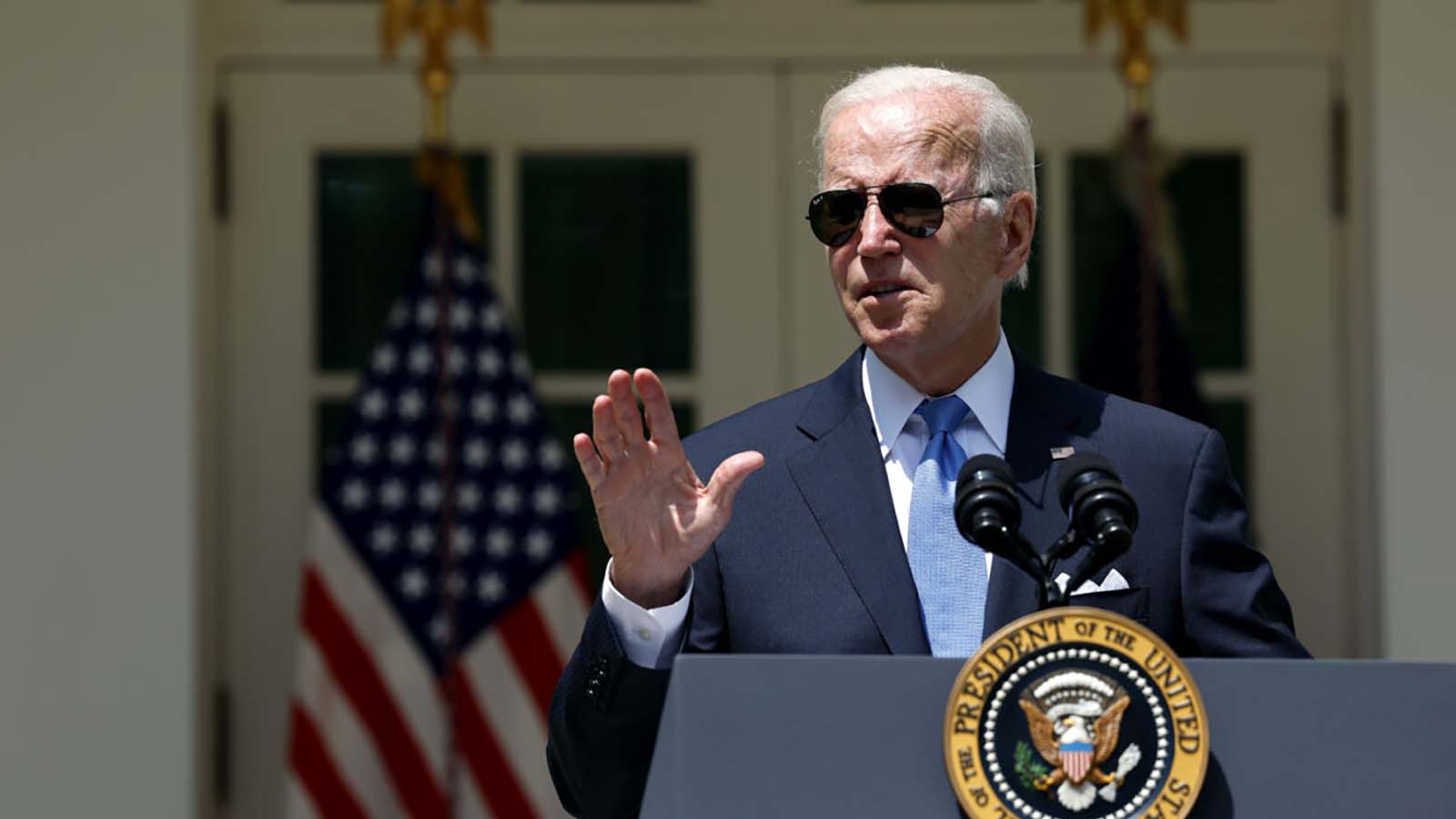 President Joe Biden exited isolation on July 27 after testing negative for COVID-19 and spoke to reporters at the White House.

“I’ve just tested negative for COVID-19 after isolating for five days,” Biden said at an event in the Rose Garden of the White House, his first public in-person appearance since testing positive on July 21.

Biden, 79, who experienced symptoms such as a sore throat and body aches, thanked the medical team at the White House for caring for him.

“My recovery was quick and I’m feeling great,” he said, adding later, “I got through with no fear.”

Biden had received four doses of Pfizer’s COVID-19 vaccine, but all of the vaccines available in the United States have proven increasingly unable to prevent infection. They have held up better against severe illness.

White House physician Dr. Kevin O’Connor said in a memorandum that Biden tested negative on the evening of July 26 and again on the morning of July 27.

“Given these reassuring factors, the President will discontinue his strict isolation measures,” O’Connor said in the memo, which was addressed to White House press secretary Karine Jean-Pierre.

O’Connor had been giving daily written updates on the president but hasn’t answered questions from reporters about Biden’s condition following the diagnosis.

COVID-19 is caused by the CCP (Chinese Communist Party) virus, which is also known as SARS-CoV-2.

Biden will wear a “well-fitting mask” for 10 full days when he’s around other people, O’Connor said. Biden has completed a five-day course of Pfizer’s Paxlovid and is “fever free,” said the doctor, who added that the president also discontinued taking Tylenol for his symptoms.

“Acknowledging the potential for so-called ‘rebound’ COVID positivity observed in a small percentage of patients treated with Paxlovid, the president will increase his testing cadence, both to protect people around him and to assure early detection of any return of viral replication,” O’Connor added.

The doctor was making reference to an alert sent out by the Centers for Disease Control and Prevention that suggests some patients who get Paxlovid will experience a recurrence of symptoms after a negative test. Biden received Paxlovid because he’s 79 years old and is considered at risk of developing severe symptoms.

Top White House medical adviser Anthony Fauci, 81, said he experienced a rebound in COVID-19 symptoms several days after he tested negative for COVID-19 as he was taking Paxlovid, which was given an emergency use authorization by the Food and Drug Administration in late 2021.

“Paxlovid is a very good drug, but it has drug–drug interactions with many of the drugs I believe the president is on, including blood thinners or anti-coagulants, and it could cause dangerous changes in that,” former White House COVID-19 testing czar Brett Giroir told Fox News last week about Biden’s prognosis.

“So, I’m sure the White House medical unit is on this and is monitoring that. But that is one issue with Paxlovid in addition to the rebound that I would watch for in the president.”

Previously, the administration said that no other White House staff who were in close proximity to Biden have contracted COVID-19. The diagnosis is the first time the president has contracted the virus.