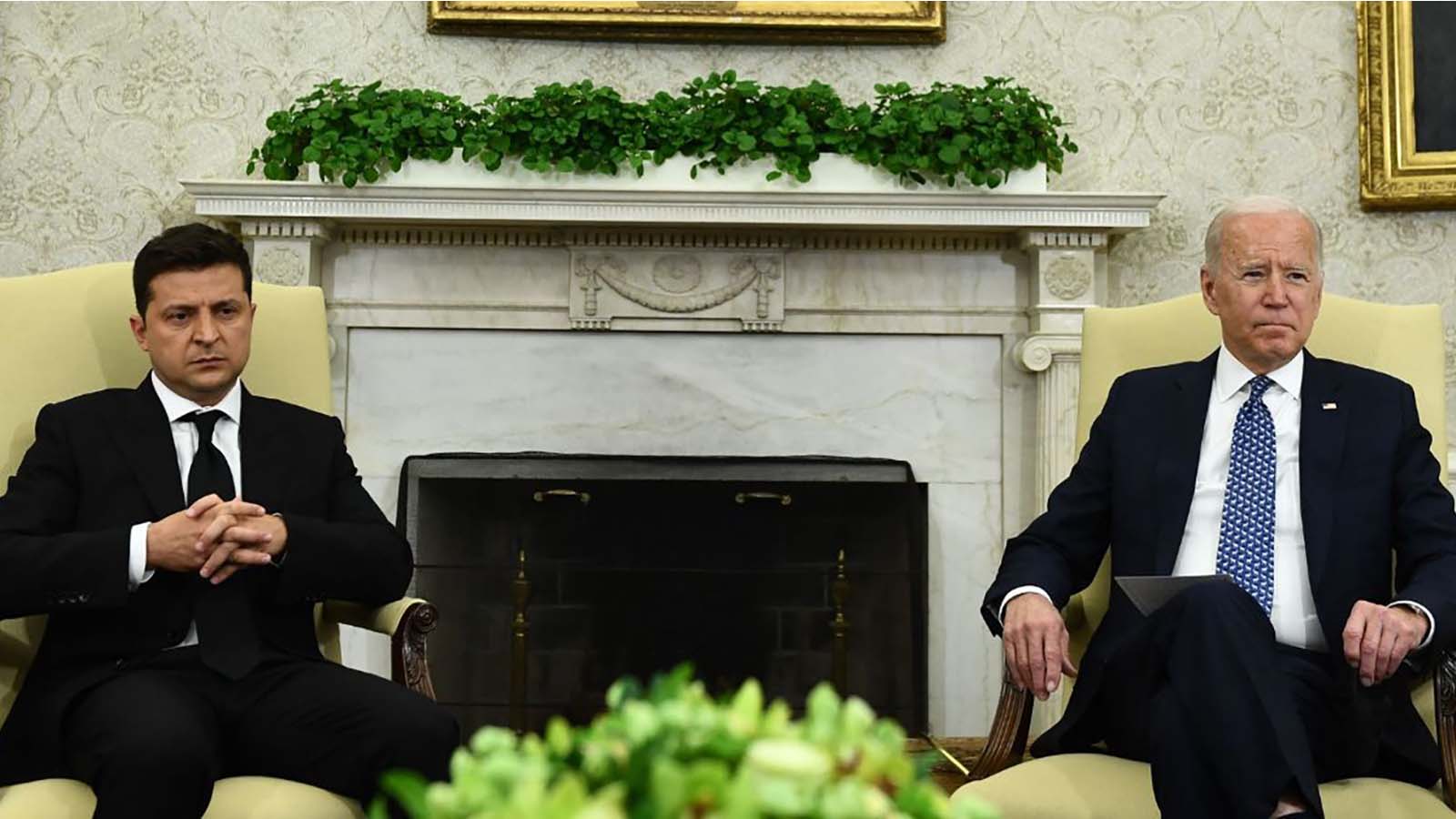 A June phone call between President Joe Biden and Ukrainian President Volodymyr Zelenskyy in which Biden informed Zelenskyy of $1 billion in aid heading his way turned heated when Zelenskyy used the call to press for even more aid, according to a new report.

According to the report from NBC, citing “ four people familiar with the call” as its source, unlike other calls between the leaders, Biden grew angry with Zelenskyy during the June 15 call because Zelenskyy kept asking for more even as he was getting a lot.

The NBC report paraphrased Biden as telling Zelenskyy that America was being generous and that Biden and his administration, as well as the U.S. military, were working hard to help Ukraine.

Biden then raised his voice and said Zelenskyy “could show a little more gratitude.”

At the time, NBC said, the Biden team was irked with Zelenskyy’s repeated public requests for more help that were coming, even as the Biden administration felt it was doing all it could.

NBC also noted that “a source familiar with the conversation” said that Biden was “direct” in telling Zelenskyy about making requests through military channels but denied the conversation was angry.

The NBC report, citing sources it did not name, said that as of June, Zelenskyy was frustrated with Biden for rejecting initial requests for military hardware that would be approved after weeks or months.

The report said that Ukraine backed off its demands to avoid antagonizing Biden and that Zelenskyy responded that day with a public statement.

“I had an important conversation with U.S. President Biden today,” he said. “I am grateful for this support. It is especially important for our defense in Donbas.”

Biden is considering a post-election request of somewhere between $40 billion and $60 billion for Ukraine, NBC reported.

Republicans are unlikely to sign off on Ukraine aid without getting information on where it goes, according to Politico, noting that House Minority Leader Kevin McCarthy, who could become House Speaker if the GOP takes control of the House, said Ukraine would not get a “blank check.”

Republican Rep. Don Bacon of Nebraska, a member of the House Armed Services Committee, said Republicans will not abandon either Ukraine or their oversight responsibilities.

“Ukraine and the administration will need to explain and justify what is being requested, but I believe the far majority of our conference will do what is necessary to ensure Ukraine prevails,” he said.

The eight-month-old conflict has seen Russia inflicting massive damage on Ukraine’s infrastructure, while Ukraine has regained momentum in its attacks on territory Russia has invaded.

On Monday, a barrage of Russian missiles left about 80 percent of the Ukrainian capital of Kyiv without water, according to The New York Times.

However, in the south, where Russia has occupied the city of Kherson for months, Ukrainian forces are using American weapons to gain the upper hand in the long-distance war being fought there, according to The New York Times.