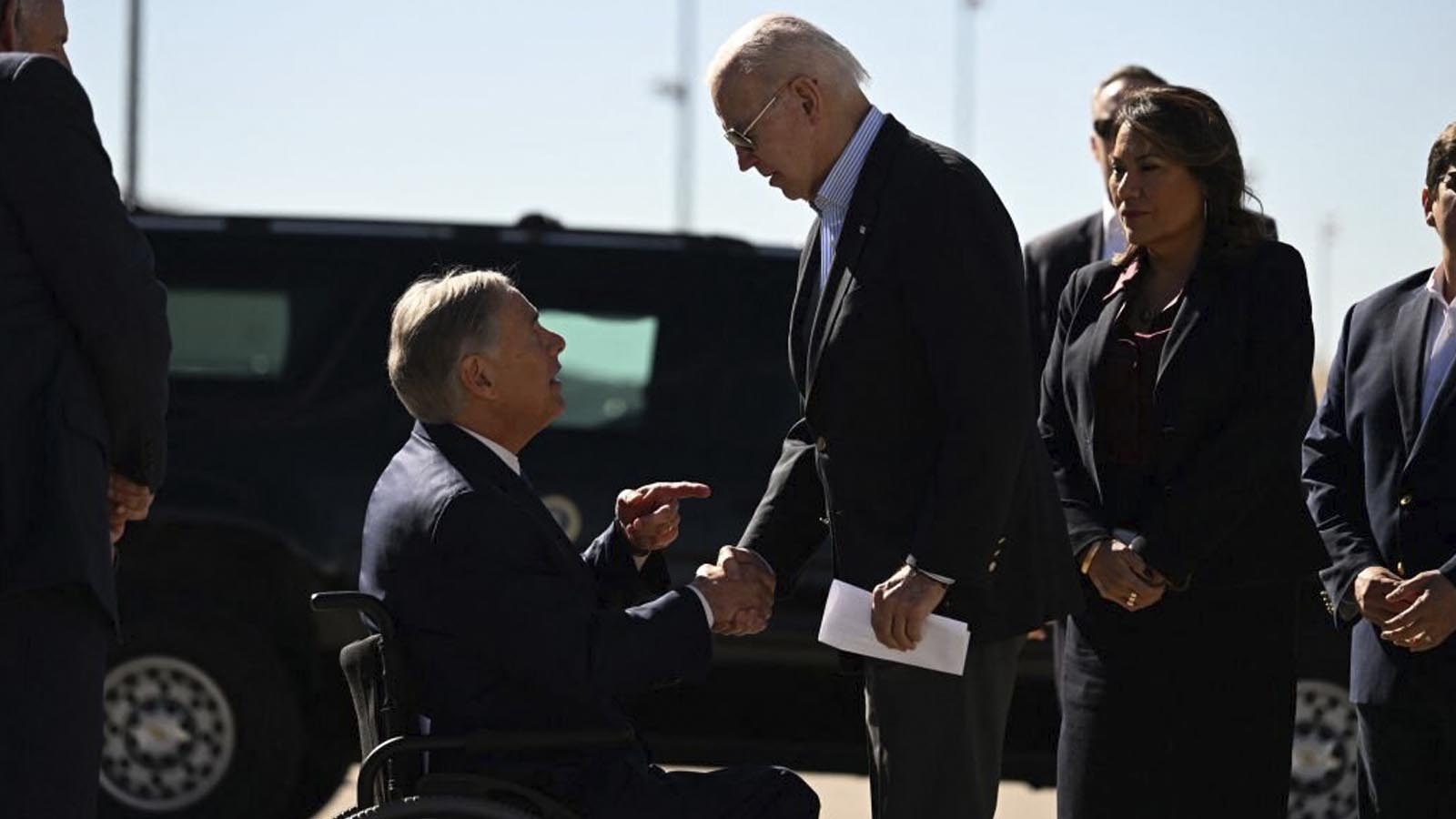 After two years in office and a border that has wreaked havoc on the U.S., President Joe Biden finally visited the southern border.

As Biden stepped off the base of Air Force One, Gov. Greg Abbott (R-TX) was first in line to greet the president, presenting a scathing letter condemning Biden’s late visit.

“Your visit to our southern border with Mexico today is $20 billion too little and two years too late,” Abbott said in the letter. “Moreover, your visit avoids the sites where mass illegal immigration occurs and sidesteps the thousands of angry Texas property owners whose lives have been destroyed by your border policies.”

Abbott called out Biden’s visit as a “$20 billion too little and two years too late,” adding that he “sidesteps the thousands of angry Texas property owners whose lives have been destroyed by your border policies.”

It appeared that Biden began to read the letter but shortly folded it up and gave Abbott a handshake where he then turned and greeted others around him.

“Your open-border policies have emboldened the cartels, who grow wealthy by trafficking deadly fentanyl and even human beings,” Abbott’s letter continued. “Texans are paying an especially high price for your failure, sometimes with their very lives, as local leaders from your party will tell you if given the chance.”

The Texas governor also criticized the city of El Paso being “sanitized” before Biden touched down.

Abbott laid out a plan he wants the Biden Administration to follow to ensure illegal immigration and the import of drugs stop entering the U.S.

Hand-delivered a letter to President Biden today during his first visit to the border.

I’m calling on Biden to do his constitutional duty to protect our nation. pic.twitter.com/cy8xgh5EJ2

Biden is expected to spend a few hours in El Paso, Texas, and then meet with border officials to discuss migration and the increased trafficking of fentanyl.

He will also meet with the El Paso County Migrant Services Center and meet with nonprofits and religious groups that support migrants arriving in the U.S.