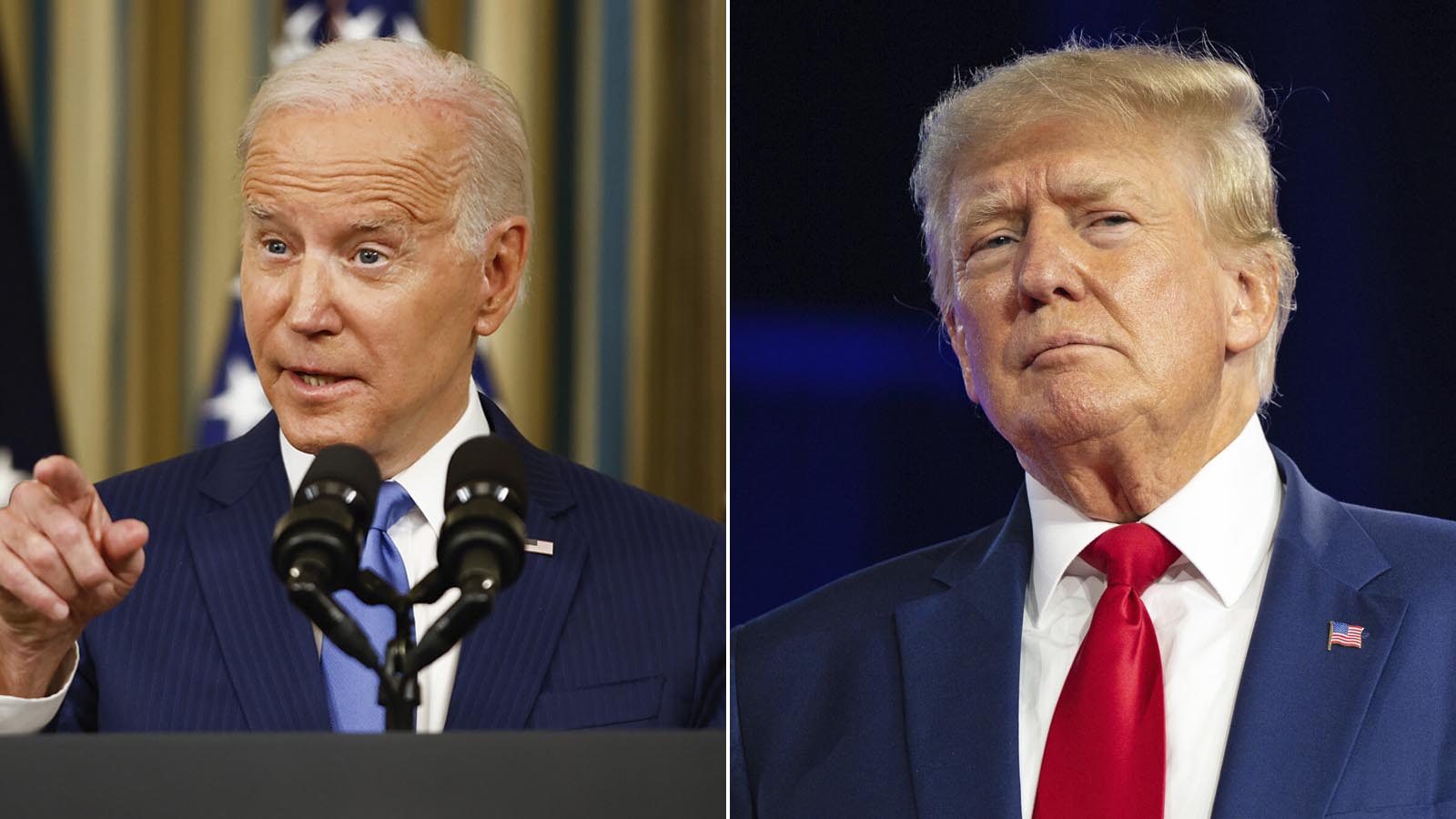 At an otherwise routine press conference, President Joe Biden was asked about what plan he had to make sure former President Donald Trump did not return to power.

The journalist went on to describe the MAGA movement as “still very strong.”

“How do you reassure [the G7] … that the former president will not return or that his political movement, which is still very strong, will not once again take power in the United States?” the reporter asked.

In a manner which we’ve become more than familiar with, Biden struggled to compose a response.

“[W]e just have to demonstrate that he will not take power,” Biden began.

He then outlined his terrifying plan, “If he does run, making sure he, under legitimate efforts of the Constitution, does not become the next president again.”

Biden quickly moved on to the next question without providing any elaboration on what specific “legitimate efforts” those might be, and without an answer from Biden, it’s unclear exactly what plan he has in store that is written into the Constitution.

But it seems he’s not alone in discussing constitutional efforts to block Trump from being elected, as the extreme left publication Liberty Voice made clear.

“Donald Trump’s incitement of violence with the intention of overthrowing the 2020 election on Jan. 6, 2021, prevents him from running for office again,” the article stated.

“The 14th Amendment, Article 3 of the United States Constitution, offers this guarantee:

‘No Person shall be a Senator or Representative in Congress, or elector of President and Vice-President, or hold any office, civil or military, under the United States, or under any State, who, having previously taken an oath, […] to support the Constitution of the United States, shall have engaged in insurrection or rebellion against the same, or given aid or comfort to the enemies thereof.’”

So it is possible that Biden imagines his Jan. 6 allegations will gain traction.

Never mind the fact that Trump’s statements on Jan. 6, 2021, never once called for violence or criminal action.

Instead, Trump spoke to the large size of the crowd and thanked staff and supporters for their hard work. In his speech, he spoke with high praise about the gathered group.

“If this happened to the Democrats, there’d be hell all over the country going on. There’d be hell all over the country. But just remember this: you’re stronger, you’re smarter. You’ve got more going than anybody, and they try and demean everybody having to do with us, and you’re the real people. You’re the people that built this nation. You’re not the people that tore down our nation,” he added, no doubt a nod to the countless Black Lives Matter riots that were labeled “mostly peaceful” by mainstream media.

The truth obviously never stopped his opponents from trying to impeach him over the speech in the waning days of his administration.

Trump was tried and acquitted in impeachment trials, and continuing efforts have been made by AOC and others to use the Fourteenth Amendment to prevent Trump from running in the future.

“If you see anybody from that cabinet in a restaurant, in a department store, at a gasoline station, you get out and you create a crowd, and you push back on them, and you tell them they’re not welcome anymore, anywhere,” Maxine Waters said in a speech on June 25, 2018.

If this is Biden’s grand strategy for blocking Trump, he might be overestimating his support in House and Senate to pass such a vote.

Trump has yet to publicly declare his intention to run in 2024, but he did indicate Monday that he is making an announcement Nov. 15.