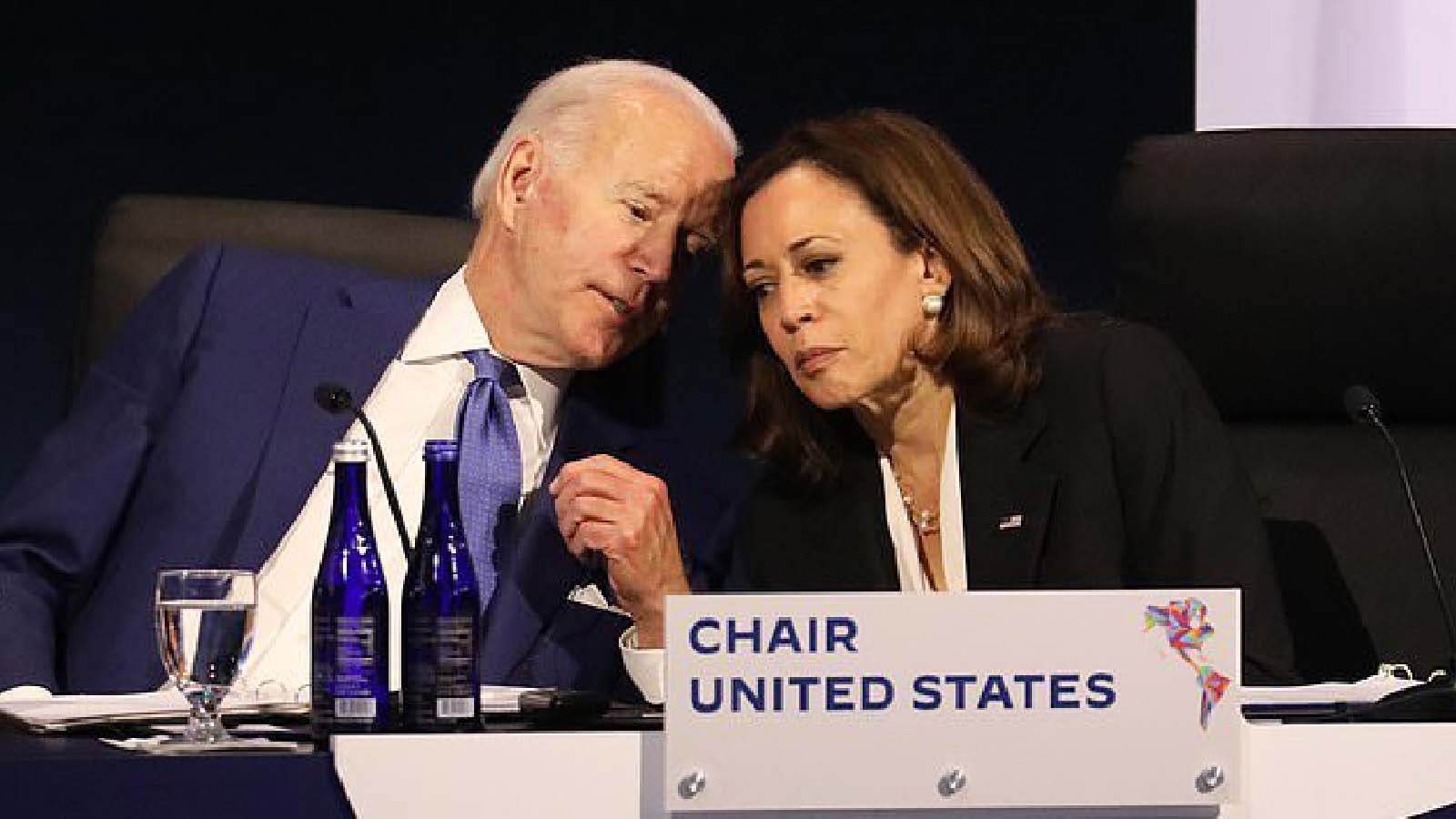 Is it because Kamala’s done such a great job on all her other assignments? C’mon, man. Even though Kamala Harris has shown no aptitude for carrying out the other tasks that Joe Biden has given her, she now has another one on her list of things to do. The White House is launching a task force to address online harassment and abuse. Biden put Kamala in charge.

The White House Task Force to Address Online Harassment and Abuse will be announced Thursday by the vice-president. Is it a nod to Pride Month that the announcement comes now? The focus of the task force includes abuse and harassment of women, girls, people of color, and LGBTQ+ people. The White House says that these groups of people are ‘disproportionately’ affected by online harassment. Sorry, men. Apparently the White House doesn’t think you are also harassed online. That seems kind of sexist, doesn’t it? It just seems like odd timing, given that online harassment is nothing new and Melania Trump even included the topic in her Be Best initiative.

Yesterday during a Pride Month celebration at the White House, Biden signed an executive order – an ‘historic’ executive order – to advance LGBTQ+ equality. That ought to do it, Joe. Anyway, the White House sent out a facts sheet on the proclamation and pronounced Biden’s action as historic. Biden claims he has done a lot to advance LGBTQ+ equality but he frequently pads his resume. But, the event gave him a chance to once again bring up the “Ultra MAGA” agendas of Republican-controlled states which he claim discriminate against Americans using legislation.

After Biden and Harris make the announcement about the task force, Kamala will hold its first meeting. If Kamala treats this assignment as she does her others, it will likely be the only meeting of the task force. Kamala is bringing along a celebrity guest. Sloane Stephens, a black U.S. tennis player who has faced racist abuse online, will attend Thursday’s launch with Harris. I guess BTS wasn’t available this time.

The Gender Policy Council and the National Security Council will co-chair the task force, whose members include Cabinet officials like Attorney General Merrick Garland, Secretary of State Antony Blinken, Health and Human Services Secretary Xavier Becerra, Homeland Security Secretary Alejandro Mayorkas and other agency heads and officials, as well as advocates and survivors.

The initiative, which fulfills a campaign promise Biden made, has been charged with developing recommendations for Congress, state governments and private entities, as well as policies for the federal government. It is to provide its suggestions and recommendations within 180 days of its launch.

The task force will use the mass shootings in Buffalo and Uvalde as examples of online radicalization and a lack of response to online threats. The language used in describing the initiative is vague, as often happens with the Biden White House. Biden makes sweeping generalizations in hopes of looking like he is doing something but nothing much happens. It’s all posturing.

The recommendations, according to the senior administration official, will focus on increasing support for survivors of online harassment and abuse, expanding research into the problem, improving prevention efforts and strengthening accountability for offenders and for platforms. The official noted that the administration believes it’s crucial to understand the “nexus between online misogyny and radicalization to violence,” noting recent mass violence like the Buffalo, New York, supermarket shootings.

“The tragic events in Buffalo and Uvalde have underscored a fact known all too well by many Americans: the internet can fuel hate, misogyny, and abuse with spillover effects that threaten our communities and safety offline,” a fact sheet on the initiative reads.

The task force is not zeroing in on any particular technology platform but rather “on the role of platforms and social media more generally,” according to the senior official. The official added that they are focused on “illegal conduct” online.

Root causes, right, Kamala? It would be good to know what this administration means by “illegal conduct” online. It doesn’t seem to me that a federal task force will change much of anything, except perhaps to limit free speech of those with whom they disagree. there is no mention past offering recommendations to the president that the task force will produce. I imagine this project will have the same results as the others given to Kamala.