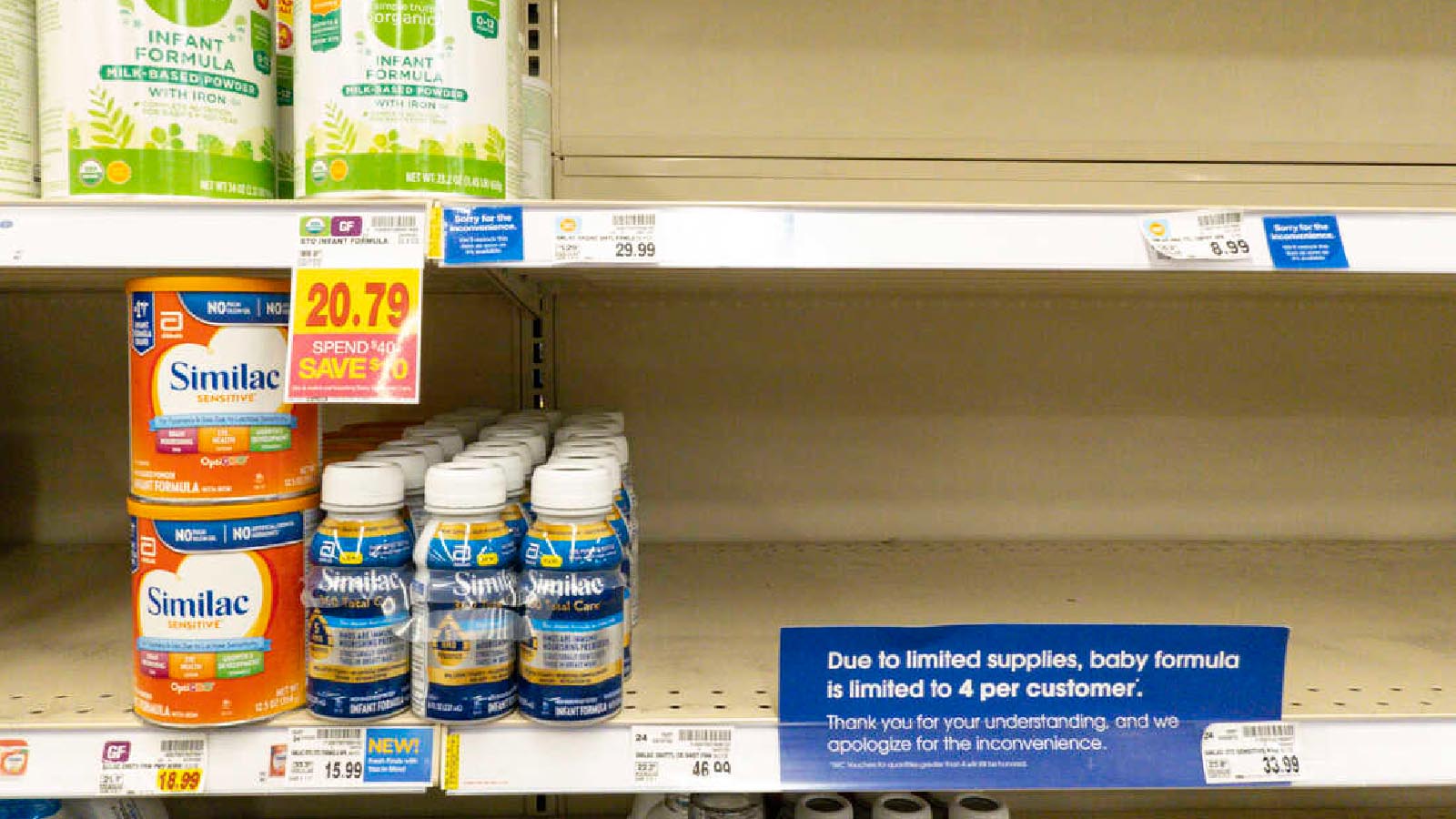 A Florida congresswoman says that at a time when America is suffering a shortage of baby formula, the administration of President Joe Biden is shipping vast quantities of it to the nation’s southern border to cater to illegal immigrants.

“Empty shelves in America but full shelves at the border. Biden is sending pallets of baby formula to the border. This is what America last looks like,” Republican Rep. Kat Cammack wrote on Facebook.

“They are sending pallets — pallets — of baby formula to the border,” she said in a video posted to her Facebook page. “Meanwhile, in our own district at home, we cannot find baby formula.”

Cammack said she was sent an image by a Border Patrol agent who told her that amount of baby formula set aside for illegal immigrants was “disgusting.” She said the agent told her, “You will not believe this.”

She said the photo — later posted to Twitter — was taken at the Ursula processing facility in Texas.

The first photo is from this morning at the Ursula Processing Center at the U.S. border. Shelves and pallets packed with baby formula.

The second is from a shelf right here at home. Formula is scarce.

“This is what ‘America last’ looks like,” she said in the video. “This is 100 percent what it looks like.”

“They’re sending pallets — pallets of baby formula — to the border,” the congresswoman said. “And if that doesn’t infuriate you, I don’t know what will.”

Cammack said the Biden administration shouldn’t be putting the needs of illegal immigrants ahead of American citizens.

“I don’t know about you, but if I am a mother, anywhere, anytime in America, and I go to my local Walmart or Target or Publix or Safeway or Kroger or wherever it may be that you shop, and you are seeing their shelves and you are seeing signs that you are not able to get baby formula, and then you see the American government sending by the pallet thousands and thousands of containers of baby formula to the border — that would make my blood boil,” she said, according to Fox News.

“It is not the children’s fault at all. But what is infuriating to me is that this is another example of the ‘America last’ agenda that the Biden administration continues to perpetuate,” Cammack said, according to the Washington Examiner.

Abbott, one of the country’s major makers of infant formula, was hit with a large recall earlier this year.

US government is literally responsible for the baby formula shortage.

FDA shut down America's largest baby formula plant. It’s been closed for 3 months. No explanation. AND now FDA refuses to reopen it as parents across US struggle to feed their babies.https://t.co/9jnDDE0OnT

Datasembly, which tracks product data, has reported that the out-of-stock percentage for baby formula is at 43 percent, up from 30 percent at the start of April, according to Fox News.

“This issue has been compounded by supply chain challenges, product recalls and historic inflation,” Datasembly CEO Ben Reich said. “The category started to see stocking challenges beginning in July 2021, and the situation has continued to worsen into 2022.”