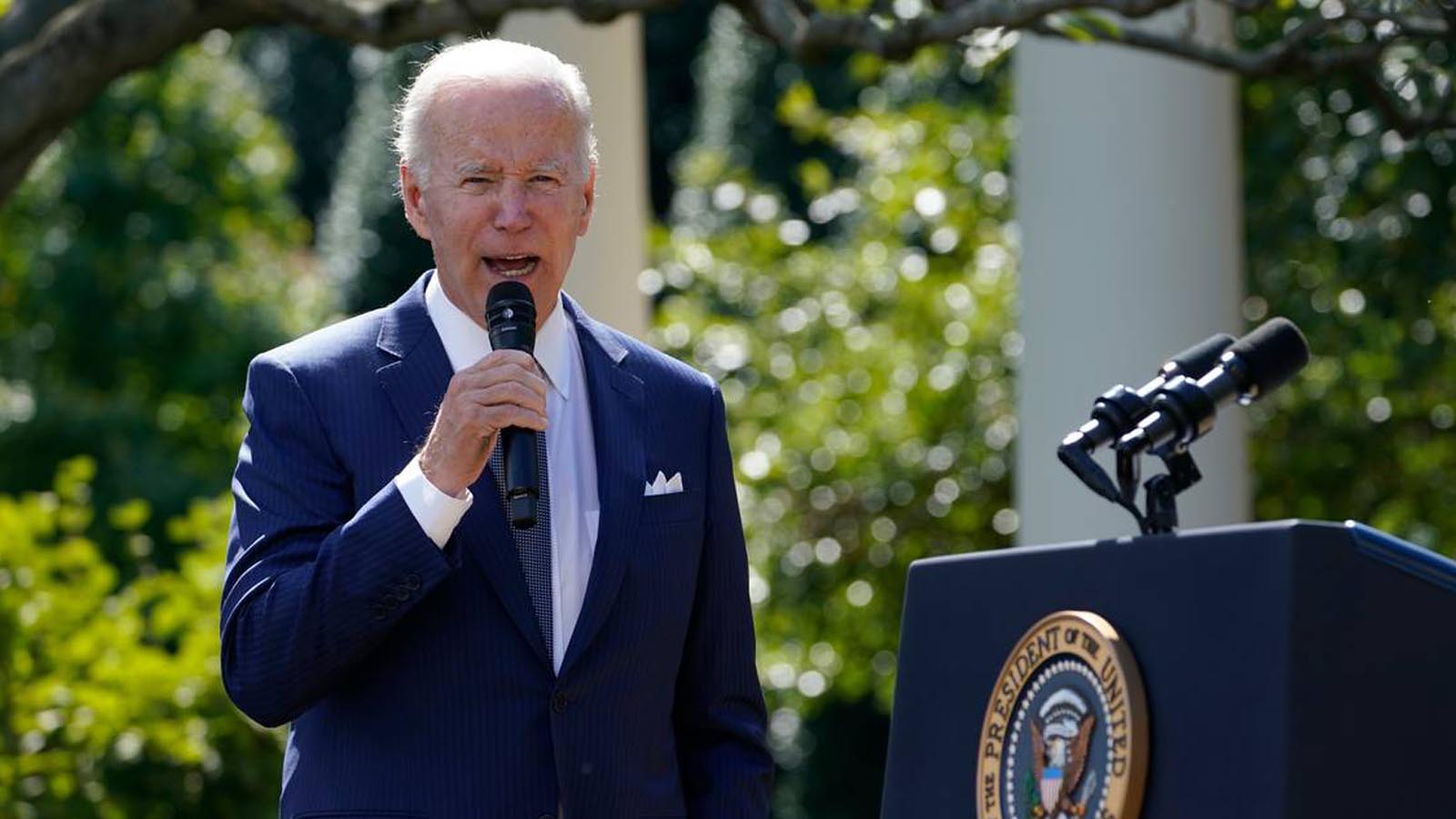 Whenever the president travels, a special bullet-resistant lectern called the “blue goose,” or its smaller cousin “the falcon,” is in tow. Lately, President Joe Biden is rendering them all but obsolete as he increasingly reaches for a hand-held microphone instead.

From casual fundraisers to more formal remarks on disaster response or inflation or the like, Biden has opted for a hand-gripped mic more than a dozen times in recent months — even when he’s standing in front of the fixed double microphones on a presidential-seal-adorned lectern.

Those close to him say the mic swap makes Biden a much more natural speaker, and he knows it.

“There are two tricks to public speaking, and neither is really rocket science,” said Mo Elleithee, a former Democratic consultant who’s now executive director of Georgetown University’s Institute of Politics and Public Service. “First, you want to be as comfortable as possible. Second, you want to be authentic. And the two go hand in hand.”

Elleithee said he thinks one of Biden’s strengths is his authenticity — “love or hate his politics, he’s a real guy who comes across as one. That’s because he’s most comfortable when he’s talking with people, as opposed to talking at them. Standing at a podium is stiff. It’s formal.”

The president, who has claimed he has difficulties as a public speaker and struggles to overcome a persistent stutter, is often stiff when reading prepared remarks. He has eschewed the traditional glass-paned teleprompters normally placed just off the corners of the lectern, instead preferring larger teleprompters on television screens.

Last week, as the president surveyed the hurricane damage in Florida, he spoke at first into the fixed microphones, gripping the sides of the lectern. But midway through his speech he called an audible.

“Let’s see if this thing works, is this one working?” Biden asked as he grabbed on to the hand-held mic. The president then stuck a hand in his pocket and turned toward the crowd as he continued talking about the administration’s disaster response.

Biden isn’t eschewing the iconic presidential lecterns entirely: They still hold paper copies of his remarks (in case the teleprompters have an error) and often a glass of water. But the built-in microphones are increasingly turned off.

The boxy dark blue and dark paneled lecterns — there are many — are a symbol of the modern presidency.

Now, when Biden staffers place the leather-bound folder with his written remarks on the lectern, they’re also tucking in the handheld mic.

Inevitably, there are times when technology fails him. During a Democratic fundraiser for Michigan Gov. Gretchen Whitmer, the mic feed kept going in and out, making it nearly impossible to hear Biden.

“I’m going to use this” he declared.