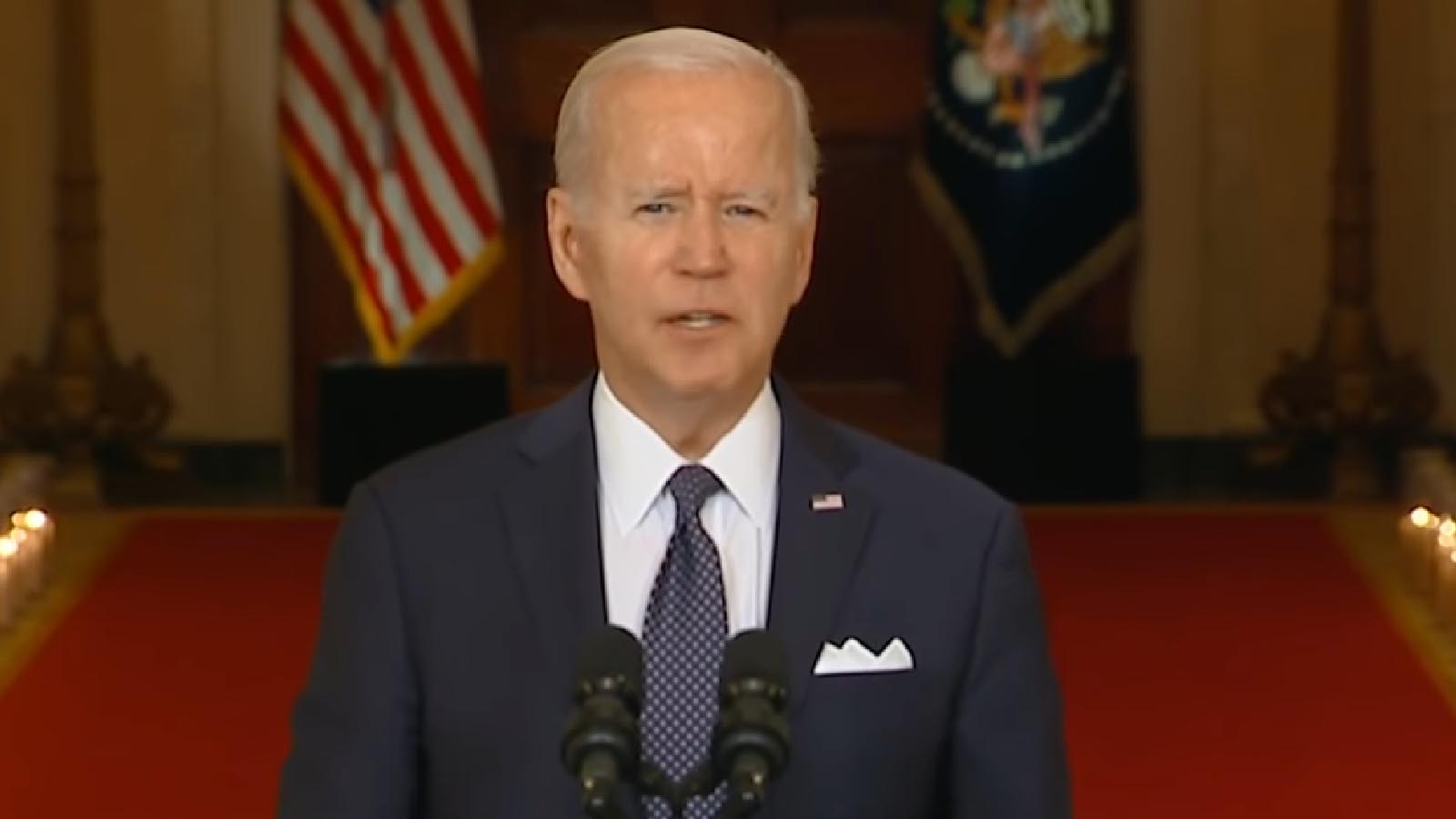 On Thursday evening, President Biden addressed the nation, calling for a change in gun laws following the mass shootings in Uvalde, Texas and Buffalo, New York.

Recalling his recent visit to Uvalde, where 21 people were killed, including 19 children, and his visit to Buffalo earlier this month, where 10 people were killed in a supermarket, Biden said that those communities, and people nationwide have called on him to “do something.”

“I want to be very clear. This is not about taking away anyone’s guns,” Biden stressed. “It’s not vilifying gun owners. In fact, we believe we should be treating responsible gun owners as an example of how every gun owner should behave.”

“I respect the culture and the tradition and concerns of lawful gun owners.”

He continued say, “At the same time, the Second Amendment, like all other rights, is not absolute.”

Biden called for the banning of assault weapons and high-capacity magazines through reinstating the 1994 Federal Assault Weapons Ban, noting that if that can’t happen, the government should raise the legal age to purchase such weapons from 18 to 21.

Biden: "If we can't ban assault weapons, as we should, we must at least raise the age to purchase one to twenty-one!" pic.twitter.com/QXQuR3ZBez

“Why in God’s name, should an ordinary citizen be able to purchase an assault weapon that holds 30 round magazines, that let mass shooters fire hundreds of bullets in a matter of minutes,” said Biden. “The damage was so devastating in Uvalde, parents had to do DNA swabs to identify the remains of their children, nine and 10 year old children. Enough.”

Biden continued on to say that background checks should be strengthened, noting that a “majority of gun owners agree on.”

“I also believe we should have safe storage laws and personal liability for not locking up your gun,” Biden added.

Recalling Sandy Hook, he said that the shooter came from a home that had too many easy to access guns.

“If you own a weapon, you have a responsibility to secure it. Every responsible gun owner agrees, to make sure no one else can have access to it, to lock it up, to have trigger locks. And if you don’t, if something bad happens, you should be held responsible,” said Biden.

He continued on to say that there should be national red flag laws, explaining that those in the public should be able to flag people that may be exhibiting concerning behaviors.

“We should also have national red flag laws so that a parent, a teacher, a counselor can flag for a court that a child, a student, a patient is exhibiting violent tendencies, threatening classmates, or experiencing suicidal thoughts, makes them a danger to themselves or to others,” said Biden, who noted that 19 states as well as Washington DC have such laws.

Biden also called for the repeal of the liability shields that protect gun manufacturers.

Biden: "We should repeal the liability shield that often protects gun manufacturers from being sued for the death and destruction caused by their weapons." pic.twitter.com/nPMcO9Ebj4

“We need to repeal the liability shield that often protects gun manufacturers from being sued for the death and destruction caused by their weapons. They’re the only industry in this country that has that kind of immunity. Imagine, imagine that the tobacco industry had been immune from being sued, where we’d be today. The gun industry special protections are outrageous. It must end,” he said.

He noted that there must be a mental health approach to the topic as well.

“Even before the pandemic, young people were already hurting. There’s a serious mental health crisis in this country. We have to do something about it. That’s why mental health is at the heart of my unity agenda that I laid out in the State of Union address this year. We must provide more school counselors, more school nurses, more mental health services for students and for teachers. More people volunteering as mentors to help young people succeed. More privacy protection and resources to keep kids safe from the harms of social media,” Biden said.

Biden continued on to slam Senate Republicans for not acting on gun legislation.

“This time, we have to take the time to do something ,and this time, it’s time for the Senate to do something. But as we know, in order to get anything done in the Senate, we need a minimum of 10 Republican senators. I support the bipartisan efforts that include small group of Democrats, Republican Senators trying to find a way,” said Biden.

“My God. The fact that the majority of the Senate Republicans don’t want any of these proposals, even to be debated or come up for a vote I find unconscionable. We can’t fail the American people again,” he said.