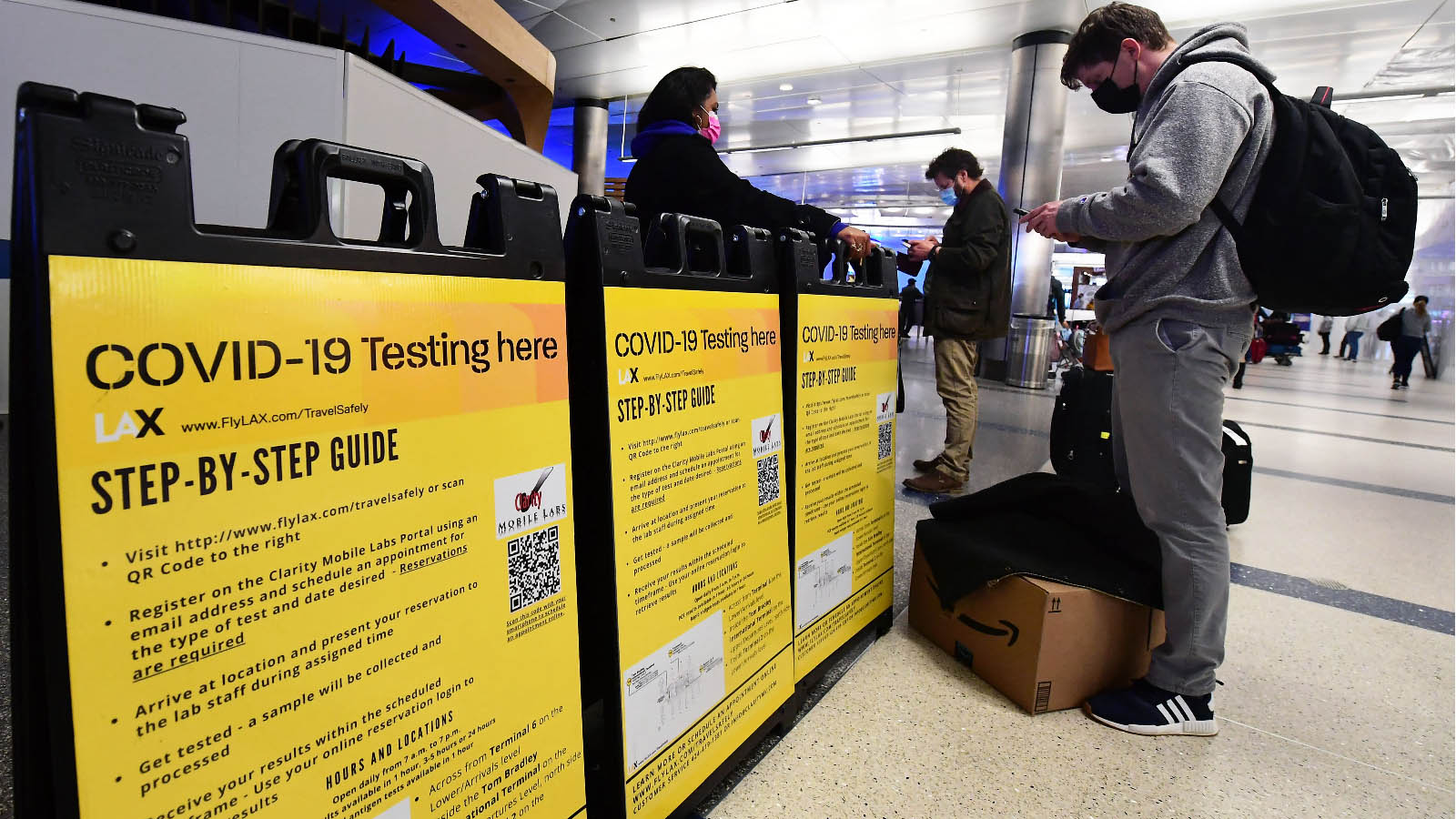 The White House announced Friday it will drop COVID-19 testing requirements for international air travel, according to a spokesperson.

The Centers for Disease Control and Prevention (CDC) “will end COVID-19 testing requirement for air travelers entering the country,” said White House spokesman Kevin Munoz, adding that it “will evaluate its need based on the science and in context of circulating variants.”

Munoz was responding to a report from CNN, which cited an unnamed administration official, that said the testing requirement would be dropped.

Since COVID-19 testing became mandatory in January 2021, CDC has often changed the rules for entering the United States, while some have complained that the agency uses confusing language and terms. On the agency’s website, it says that vaccinated travelers have to show a negative COVID-19 test one day before traveling—not 24 hours before traveling.

“The 1-day period is 1 day before the flight’s departure. The Order uses a 1-day time frame instead of 24 hours to provide more flexibility to the air passenger and aircraft operator. By using a 1-day window, test acceptability does not depend on the time of the flight or the time of day that the test sample was taken,” the CDC says.

In recent days, travel industry groups have often pressed the Biden administration to end the testing requirement, describing the rule as harmful and needless.

“Quite frankly, the only impact the pre-departure testing requirement is having is a chilling effect on an already fragile economy here in the U.S.,” Airlines for America chief Nick Calio said in a statement in late May.

And Roger Dow of the U.S. Travel Association said that as COVID-19 restrictions on numerous other businesses have been lifted, “the travel industry remains disproportionately harmed by this requirement.”

“Other countries with whom we directly compete for global travelers have removed their pre-departure testing requirements and reopened their tourism economies, putting the U.S. at a serious competitive disadvantage for export dollars,” Dow argued in a May 31 statement after travel association officials met with White House staff in May.

“We’re really frustrated, and this is something that is damaging not only U.S. travel, but it just doesn’t make sense,” Isom said.

Even some Democrat lawmakers applauded the White House announcement on Friday.

“I’m glad [the] CDC suspended the burdensome coronavirus testing requirement for international travelers, and I’ll continue to do all I can to support the strong recovery of our hospitality industry,” Sen. Debbie Cortez Masto (D-Nev.) said in a statement to CNN.

Earlier this year, a federal judge struck down the CDC’s rule that required masks in airports, airplanes, and other forms of public transportation. The Department of Justice spokesperson said it would appeal the judge’s order.