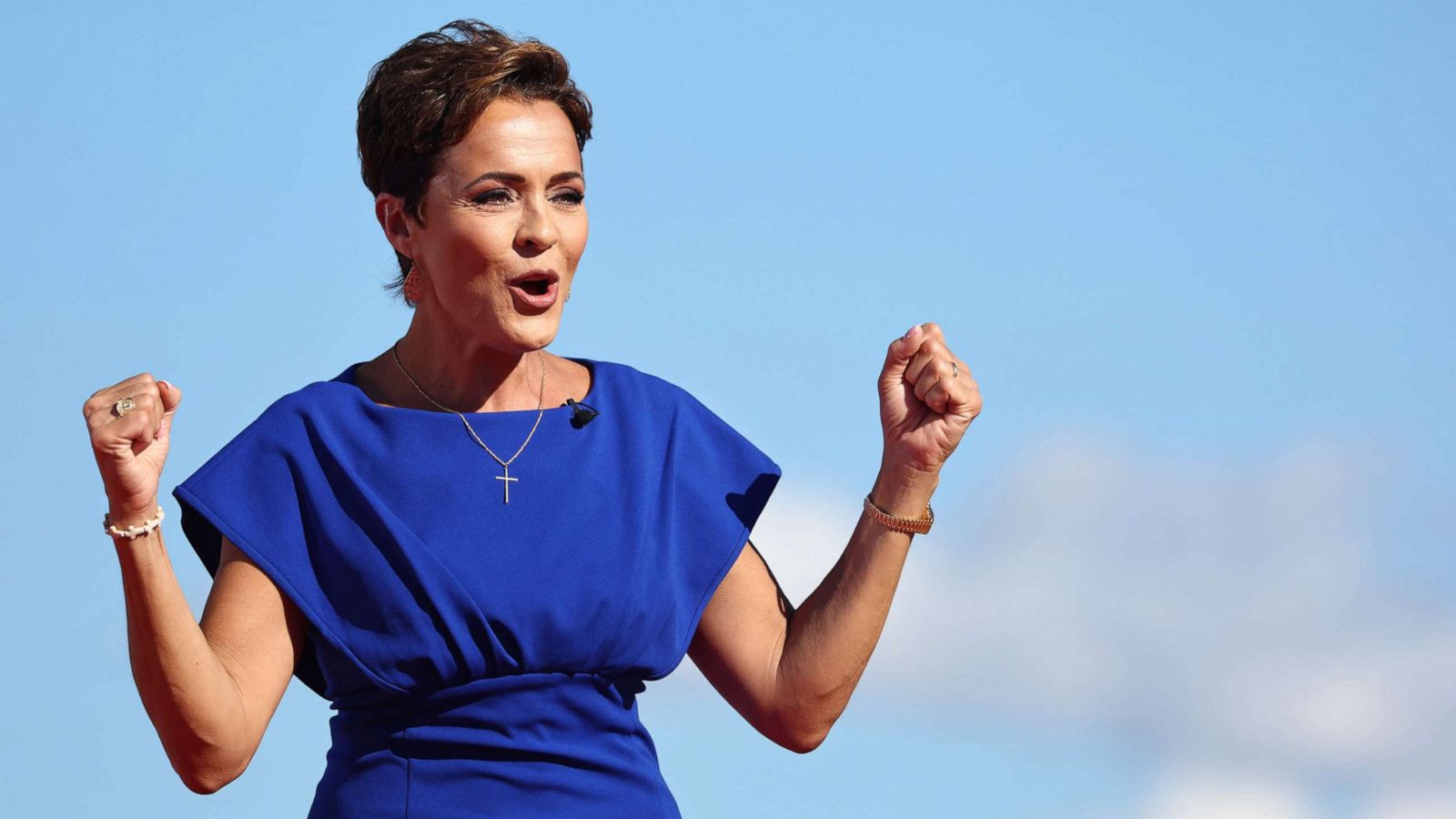 Republican Kari Lake has taken a commanding double-digit lead in Arizona’s gubernatorial race, while GOP candidate Blake Masters is neck and neck with Sen. Mark Kelly (D-AZ) in the U.S. Senate contest, according to a poll.

The Insider Advantage poll, sponsored by Fox 10 Phoenix, shows that 54 percent of likely voters are backing Lake, a former news anchor for the station, while 45 percent are supporting Hobbs. About two percent of respondents are undecided. The Republican is reportedly polling better among older demographics and with Latinos. 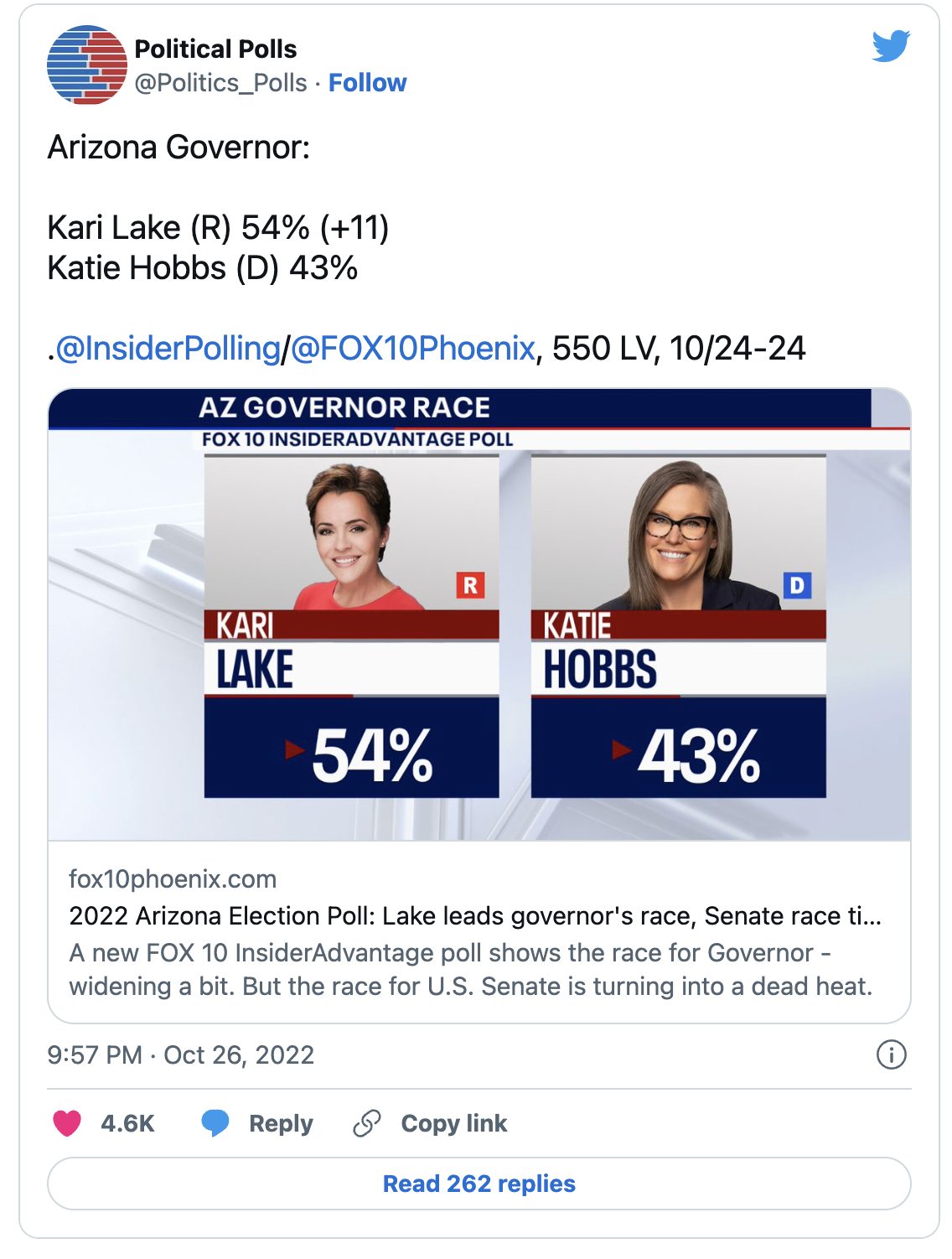 While a Data for Progress poll released earlier in the day showed Lake up four, Insider Advantage’s numbers indicate she has blown the contest wide-open with only 13 days to go until the election. Hobbs refused to debate Lake under any circumstances, and pollster Matt Towery believes this could have contributed to Lake’s growing lead.

The U.S. Senate race is in a statistical dead heat. Of likely voter respondents, 43 percent say they are voting for Masters, while 45 percent support Kelly. Another six percent say they back Libertarian candidate Marc Victor. As Masters is within the margin of error, the race is a statistical tie. The Data for Progress poll from earlier in the day showed both candidates polling at 47 percent and Victor at three percent.

Masters has steadily surged in the race despite a major fundraising disadvantage, and Democrat strategists at the national and local levels have become concerned about Kelly’s reelection chances, as Politico’s Natalie Allison reported on Saturday.

“We believe this is a race that’s within a point in either direction, and there’s still a good chance that we would lose,” a Democrat source close to the campaign told Politico. “And it’s important people understand that.”

While speaking with host Matthew Boyle on Sirius XM’s Breitbart News Saturday over the weekend, Masters acknowledged that the momentum behind his campaign is “undeniable.”

“The momentum here on the ground is undeniable, and I’m not surprised to see that reflected in the polls,” Masters said. “You know, we’ve got the winning message. Mark Kelly’s got nothing but lies to run on; he’s got to lie about me with vicious attack ads that are fake, and he’s got to lie about his own record.”

The poll stamped 550 likely voters between October 24-25 and has a margin of error of plus or minus 4.2 percentage points.