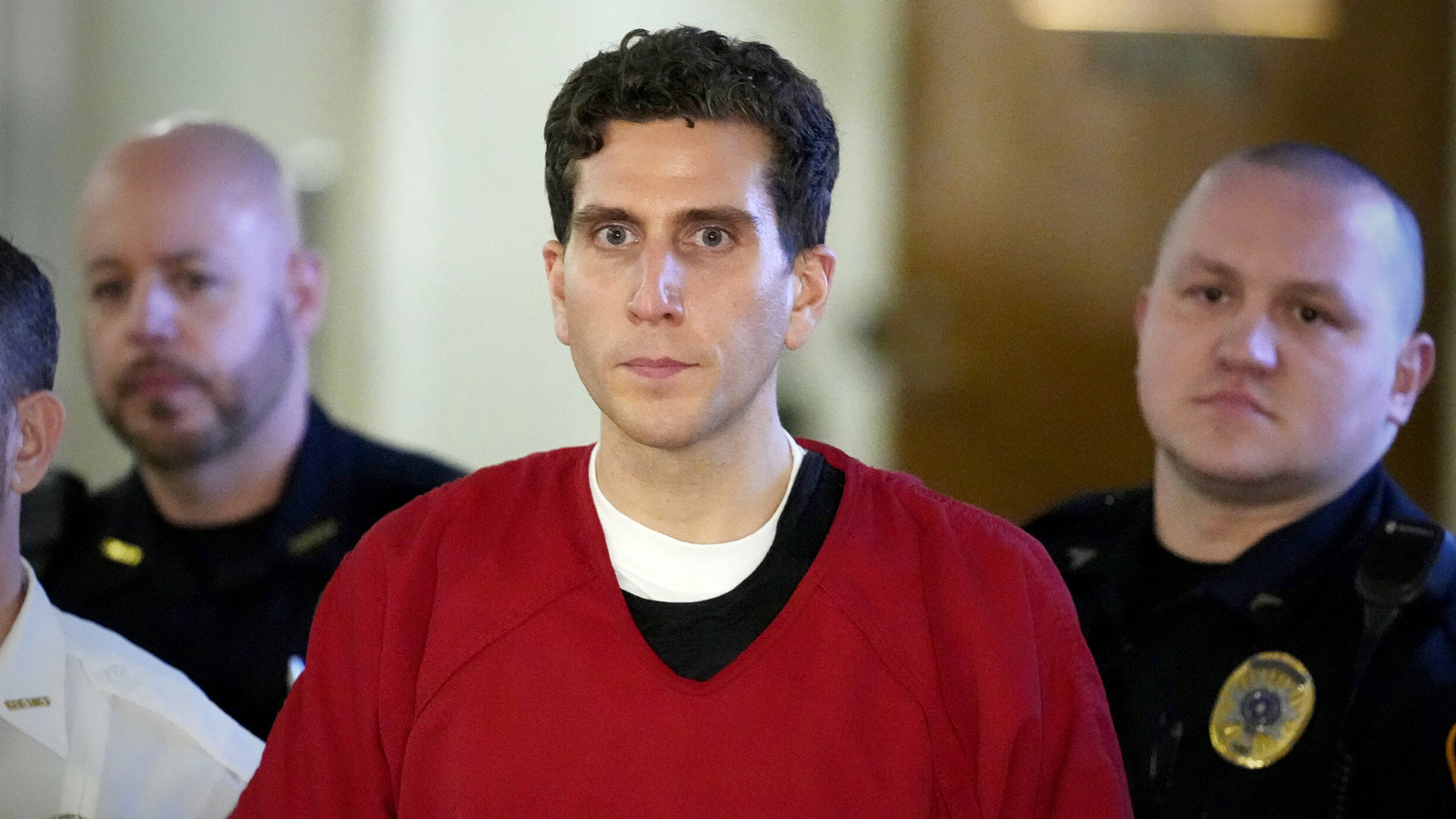 We now know more about the evidence investigators in Idaho collected following the murders of four University of Idaho students that led authorities to seek the arrest of Bryan Kohberger as a suspect, thanks to a just-unsealed probable cause affidavit that outlines the case authorities have built.

The 19-page document explains what the Moscow, Idaho, police found when they entered the residence of the students and found Madison Mogen, Kaylee Goncalves, Xana Kernodle, and Ethan Chapin murdered.

In addition to the victims, authorities found “a tan leather knife sheath” stamped with “Ka-Bar,” “USMC,” and the U.S. Marine Corps insignia. On that knife sheath, the Idaho State Crime Lab identified a single source of male DNA contained on the snap as a “suspect profile.”

Interviews with the roommates who were not assaulted in the attack as well as others who saw the victims in the hours leading up to their murders provided additional information about what went on in the rental house on the night of the quadruple homicide.

A roommate identified as “D.M.” in the affidavit told police that “she was awoken at approximately 4:00 a.m. by what she stated sounded like Goncalves playing with her dog in one of the upstairs bedrooms.” D.M. also said that “a short time later…she heard who she thought was Goncalves say something to the effect of ‘there’s someone here.'”

The affidavit continues, saying D.M. “looked out of her bedroom but did not see anything when she heard the comment about someone being in the House. D.M. stated she opened her door a second time when she heard what she thought was crying coming from Kernodle’s room. D.M. then said she heard a male voice say something to the effect of ‘it’s ok, I’m going to help you.'”

D.M.’s interview with police provided even more chilling detail. “D.M. stated she opened her door for the third time after she heard the crying and saw a figure clad in black clothing and a mask that covered the person’s mouth and nose walking towards her. D.M. described the figure as 5’10” or taller, male, not very muscular, but athletically built with bushy eyebrows.”

The figure walked past a shocked D.M., according to the affidavit, and toward a sliding glass door, a fact that led investigators to believe the murderer left the scene at that point.

In processing the crime scene, authorities also found and processed a latent shoe print similar to a Vans shoe sole in a location that matched D.M.’s description of the murderers movements inside the house.

The affidavit also explains how authorities keyed in on a white Hyundai Elantra as “Suspect Vehicle 1” after retrieving video footage from roadways around the crime scene and seeing a white sedan eventually identified as an Elantra traveling in atypical patterns compared with normal traffic in the area. They also had footage of the vehicle departing the immediate area around the crime scene and later arriving in nearby Pullman, Washington, on the campus of Washington State University.

In the course of their investigation, authorities put out a BOLO for a White Elantra, which turned up a vehicle matching the description with Pennsylvania license plates registered to Bryan Kohberger, who had an address that matched with the final location of the vehicle tracked on cameras across state lines from the crime scene in Moscow.

When authorities looked up the vehicle owner’s license, Kohberger’s ID photo on file and physical attributes consistent with the description given by roommate D.M.

The Elantra and its license plate were subsequently picked up by scanners in Loma, Colorado, and Hancock County, Indiana while the murder investigation continued, eventually being seen on surveillance footage in Albrightsville, Pennsylvania, with a white male matching Kohberger’s description behind the wheel.

Authorities’ investigation brought more scrutiny for Kohberger, and several warrants querying cell data from Kohberger’s phone were used to trace the phone’s — and logically Kohberger’s — movements leading up to and on the day the murders occurred.

The data showed that Kohberger’s phone was connected to “cellular resources” consistent with him leaving his residence in Pullman, Washington, at 2:47 a.m. and then stop reporting to the network — which happens when a phone loses service, is placed in airplane mode, or is turned off. The next time the phone connected to the network, it was using resources that cover an area south of Moscow, Idaho, at 4:48 a.m. and continuing along a track that led back to Pullman.

Additional warrants for cell records showed that the phone was using cellular resources that cover the area in which the crime scene lies “on at least 12 occasions” between June 2022 and the day the quadruple homicide took place, mostly in the late evening and early morning hours.

Finally, investigators compared the DNA profile obtained from the leather knife sheath found at the crime scene in Idaho against a profile obtained from the trash recovered from Kohberger’s family residence in Pennsylvania. Testing “identified a male as not being excluded as the biological father of suspect profile.” The affidavit explains that “at least 99.9998% of the male population would be expected to be excluded from the possibility of being the suspect’s biological father.”

With that evidence collected by investigators, authorities sought their arrest warrant for Kohberger. Their request was granted, and alleged perpetrator Kohberger was arrested in Pennsylvania just before the end of the year.