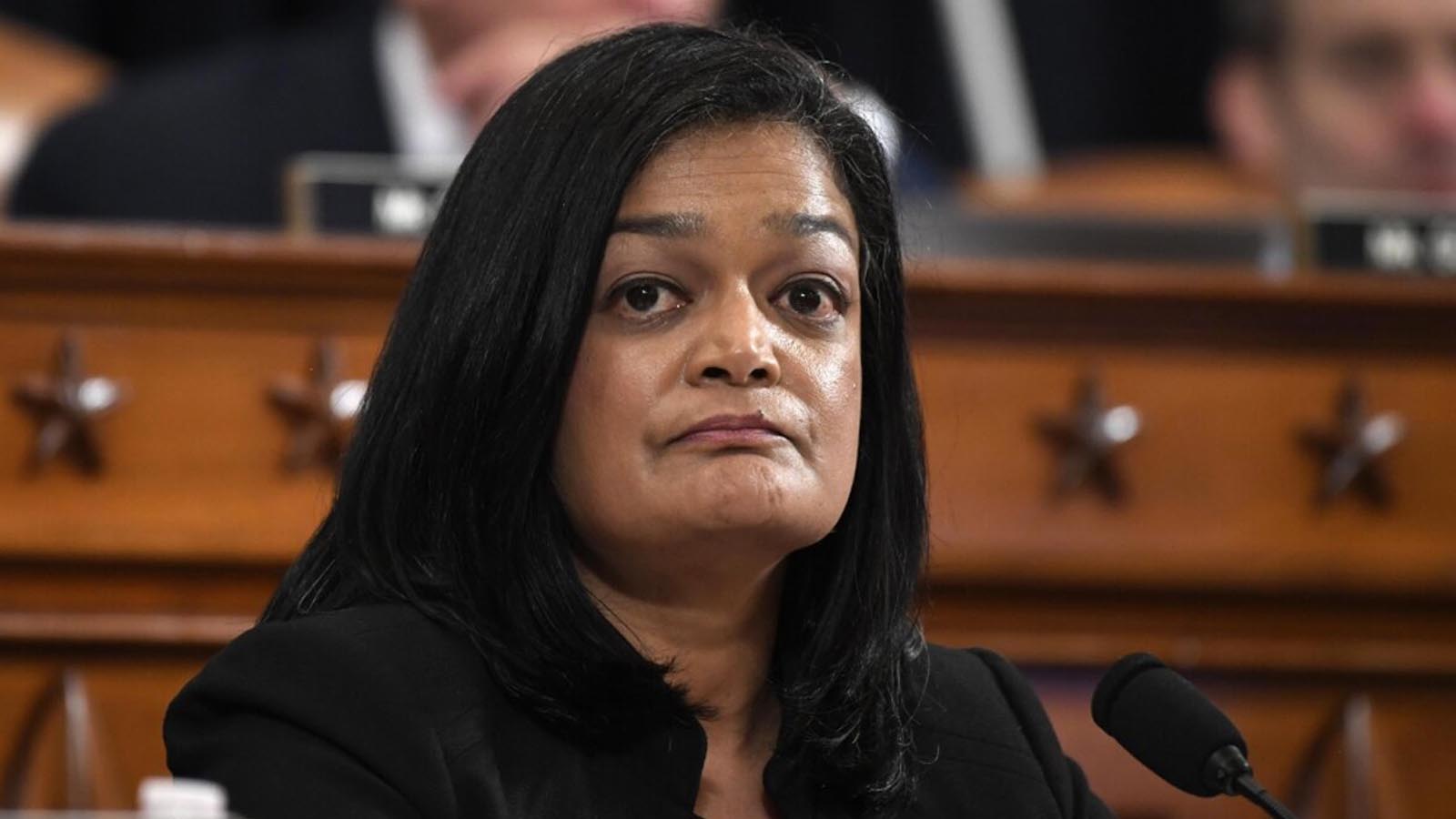 An armed man was arrested Saturday night outside the Seattle home of Rep. Pramila Jayapal (D-WA). Police report the man was found with a .40 caliber handgun in his waistband. A neighbor told police they heard the man screaming, “Go back to India!” and “I’m going to kill you!” Jayapal was home with her family and called 911 after her husband though he heard the sound of a pellet gun being fired.

A Seattle man faces a hate crime charge after he was accused of yelling racist threats outside the home of Rep. Pramila Jayapal, D-Wash., while he was packing a handgun.

Brett Allen Forsell, 48, was ordered held in lieu of $500,000 bail after he was arrested in King County near Jayapal’s home late Saturday. Prosecutors have said that probable cause was found for a hate crime and that they could make a charging decision as soon as Wednesday.

A neighbor told police that the suspect had been yelling “go back to India” and “I’m going to kill you,” according to court filings.

Seattle police arrested the man outside Jayapal’s house at 11:25 p.m. Saturday after she called 911 and reported an unknown person or people were in a vehicle outside, using obscene language, according to a probable cause statement. She told a dispatcher her husband thought someone may have fired a pellet gun, but he wasn’t sure, the statement says.

Officers found the man standing in the middle of the street with his hands in the air and a .40-caliber handgun holstered on his waist, the probable cause statement says. Police detained the man and secured the gun.

The man told officers after his arrest that he knew who lives in the house and that he wanted to pitch a tent on their property, the statement says.

Jayapal’s office released a statement on the incident:

“Congresswoman Jayapal confirms that incidents occurred at her Seattle home on Saturday night when she was present. The Congresswoman and her family are safe and appreciate the many calls and good wishes she is receiving from constituents. She is very grateful for the swift and professional response from the Seattle Police Department, the US Capitol Police, and the FBI investigators who are working together diligently on the investigation, and ensuring that she and her family stay safe. Because this is an ongoing investigation, she will not be commenting further at this time.”

She wants to destroy the very systems that protected her from an alleged hate crime this week.https://t.co/igg2X4QReo