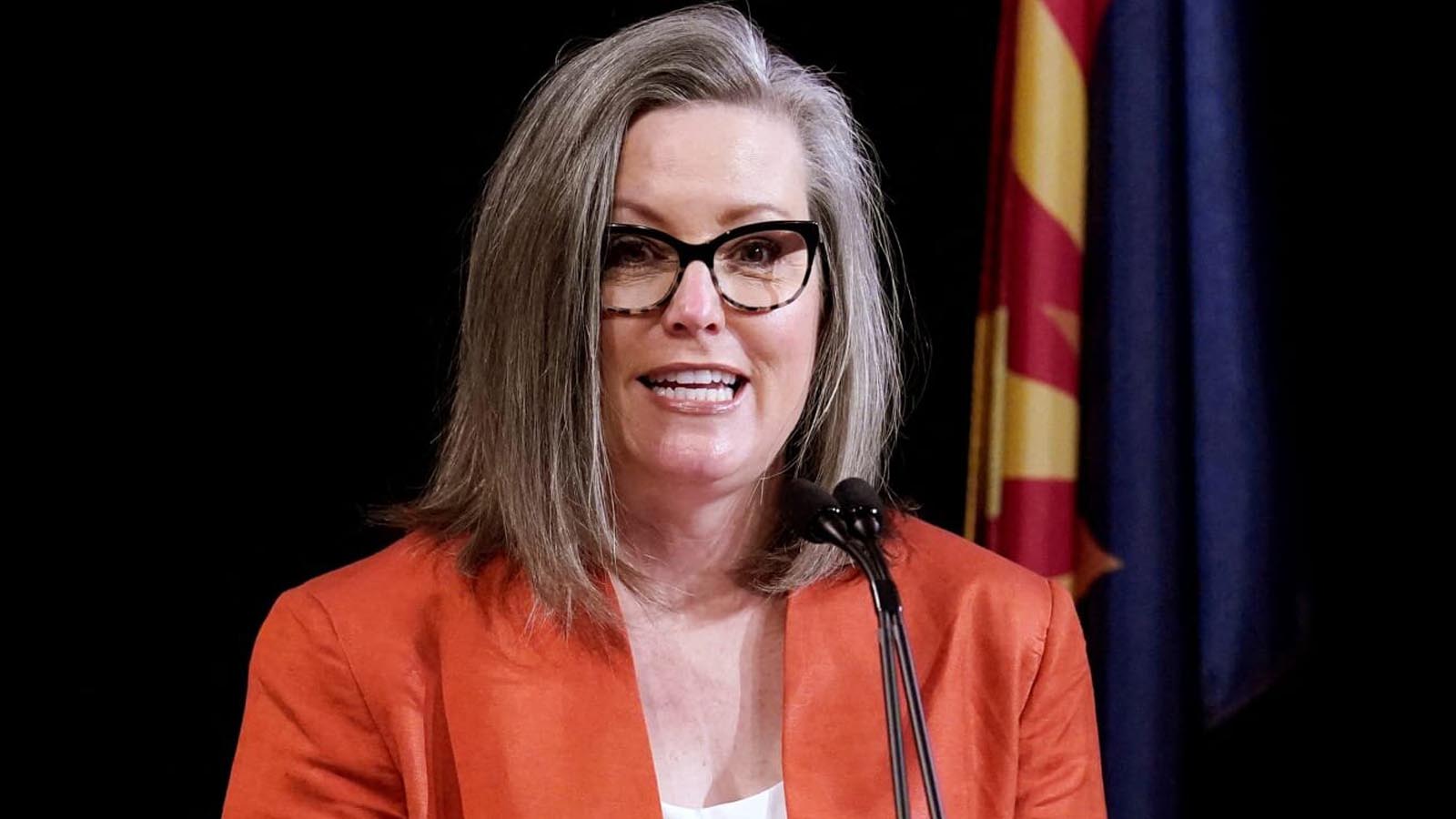 A local TV news station in Arizona is apologizing after airing a graphic showing Katie Hobbs, the Democratic nominee for governor, as the winner in her race 12 days out from the midterm elections.

The graphic, which appeared Thursday afternoon on FOX 10 Phoenix at the bottom left-hand part of the screen, showed Hobbs with 53% support compared to 47% for Republican nominee Kari Lake. Hobbs, who is currently Arizona’s secretary of state, had a check by her number, indicating she was the victor. 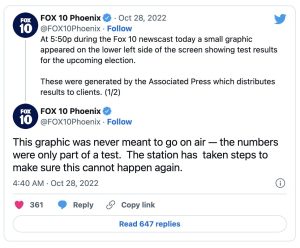 “At 5:50p during the Fox 10 newscast today a small graphic appeared on the lower left side of the screen showing test results for the upcoming election. These were generated by the Associated Press which distributes results to clients,” FOX 10 said in a pair of tweets. “This graphic was never meant to go on air — the numbers were only part of a test. The station has taken steps to make sure this cannot happen again.”

The statement came after clips of the segment were shared on social media, and did not go unnoticed by Lake, who reacted to a post by Turning Point USA’s Charlie Kirk. “WOAH.. right after my press conference going after the Media. Retaliation?” she tweeted.

WOAH.. right after my press conference going after the Media. Retaliation? https://t.co/Khm5LI8b32

Earlier in the day, Lake scolded the media in an “emergency press conference,” accusing journalists of trying to “influence this election” in response to how news outlets reported on a break-in at Hobbs’s office in Phoenix earlier this week and allegations from the Arizona Democratic Party that she was responsible.

Lake, who is endorsed by former President Donald Trump, is leading Hobbs by 4 1/2 percentage points, according to the polling average presented by RealClearPolitics. Lake was a longtime journalist who worked at FOX 10, also known as KSAZ-TV, before she embarked on her campaign.

Hobbs has refused to face off against Lake in a debate, claiming Lake is “not interested in having substantive, in-depth conversations about the issues that matter.” Lake, who has made election integrity a key focus of her campaign, has dubbed Hobbs a “debate denier” and “coward.”