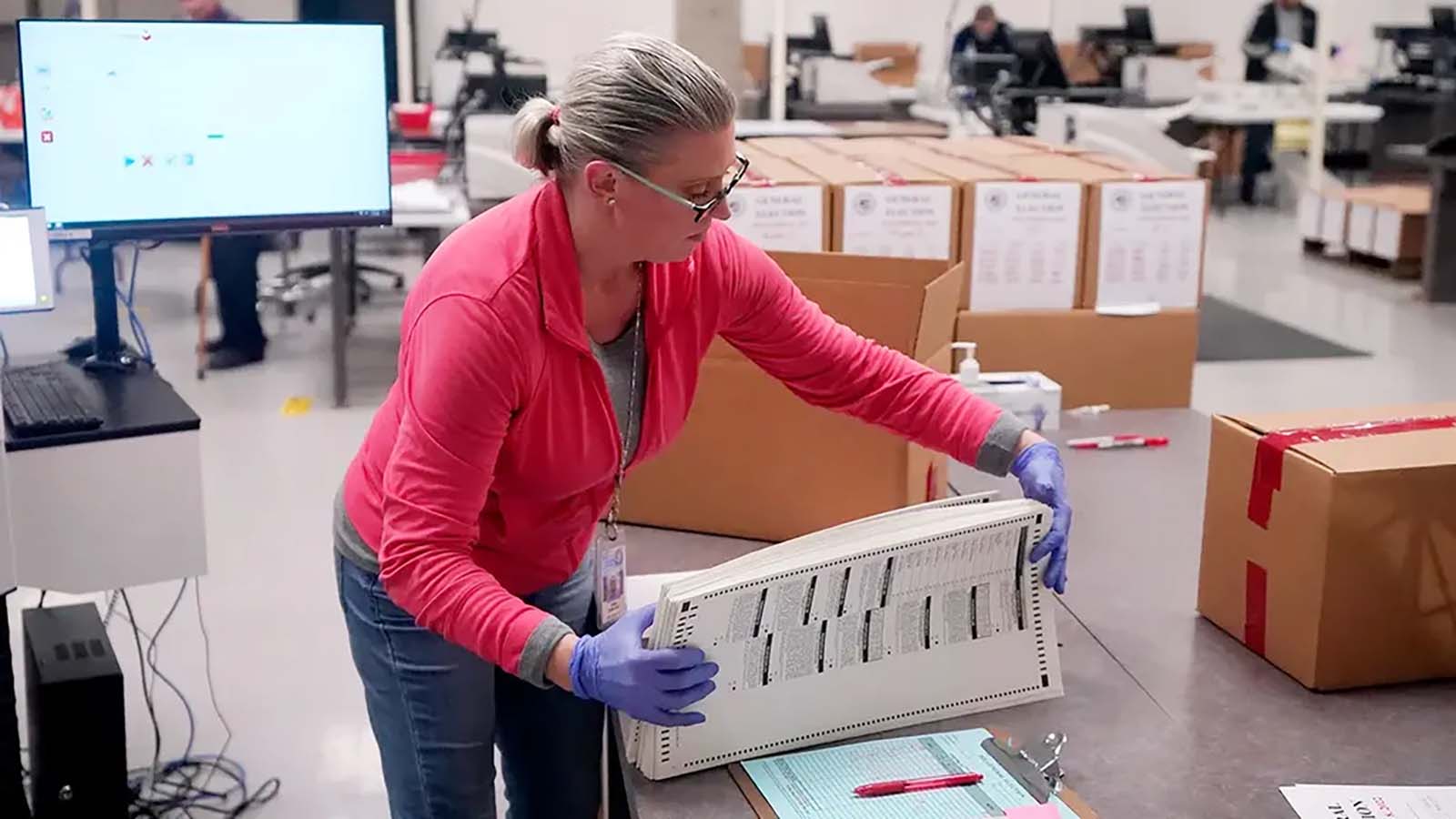 A joint statement from Chairman Bill Gates and Vice Chairman Clint Hickman said Arizona elections officials will investigate the incident completely and assured voter tabulations will not ultimately be impacted.

“All ballots will be counted securely and accurately,” they claimed.

“Over the past 24 hours, we have learned more about the printer issue that caused some ballots to not be read at Vote Centers yesterday. While the issue impacted less than 7% of Election Day voters (about 17,000 ballots), we understand that for people who went through it, this was frustrating, inconvenient, and not how they pictured Election Day,” they said.

“We plan to get to the bottom of it,” the duo added.

One issue the chairs addressed was the ballot-on-demand printer machines that had been previously used and operated correctly during the primaries.

“The printer settings for the Ballot-On-Demand printers at Vote Centers were the same ones we used in the August Primary. The paper was the same thickness. Prior to the General Election, the Elections Department test-printed and test-tabulated hundreds of ballots without issue,” the statement read.

It continued: “We are committed to finding out what factors changed that led to issues at 70 Vote Centers on Tuesday. We are grateful to county techs who found a fix to the problem by adjusting printer settings.

“The good news is election administration has built-in redundancies — backup plans when things don’t go as planned. This enables all valid votes to count even if technology, on occasion, fails. Voters impacted by the printer issue had several ways to cast their ballot yesterday, including dropping their completed ballot into a secure box (door 3) on site,” they also said. “Those ballots will be verified as legitimate and then tabulated at MCTEC. That process is already underway.”

The state of Arizona solely uses paper ballots and does not use electronic scanners to count ballots, often resulting in delays, such as in Maricopa County.

“Once we get through this election, we are committed to finding the root cause of the issue so that it does not happen again,” the duo concluded. “And we are confident in the work still to be done to count every vote securely and accurately.”

The campaigns for Lake, Masters and the Republican National Committee are suing Maricopa County, Arizona, over issues with the voting tabulation machines.