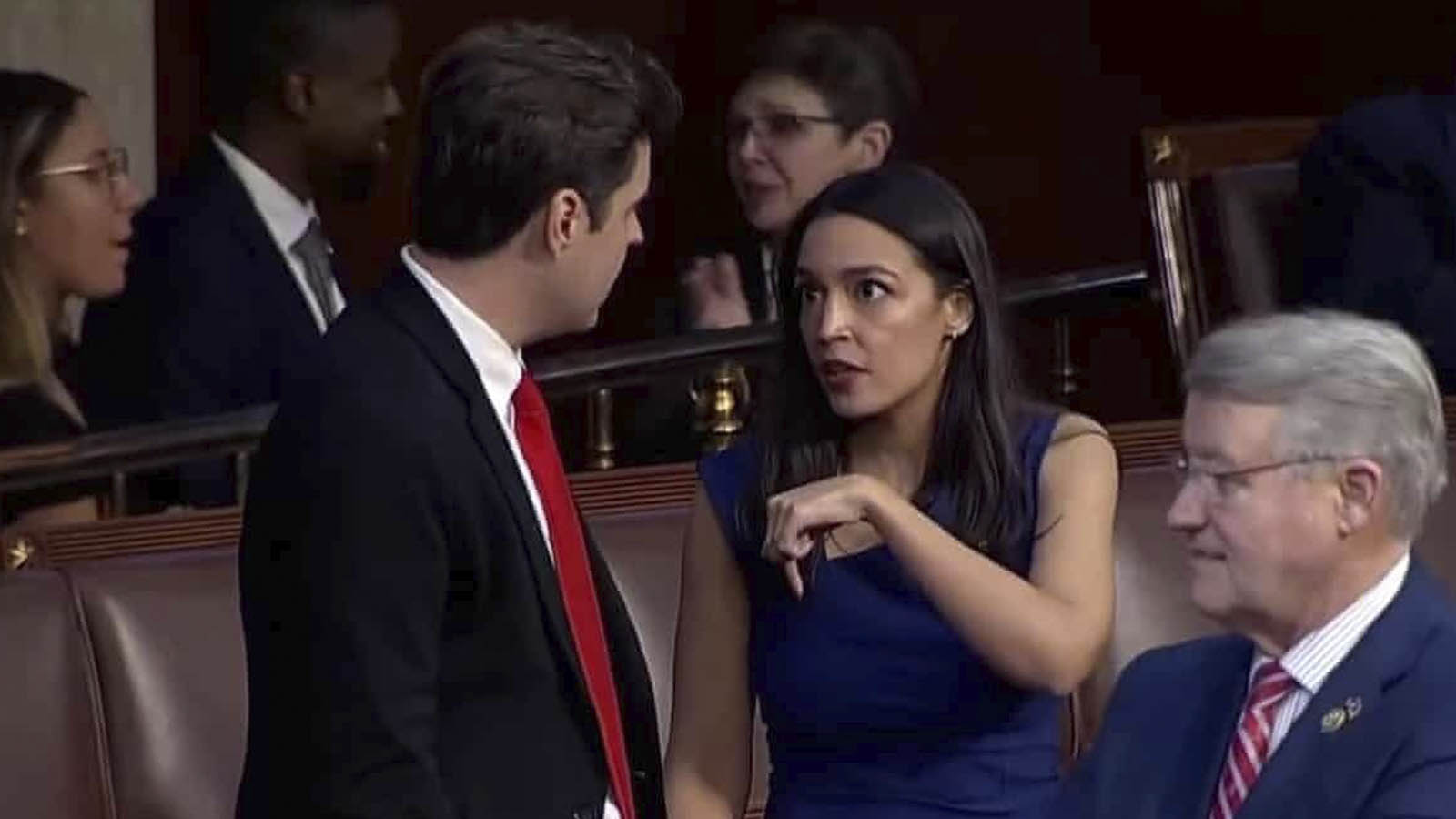 Rep. Alexandria Ocasio-Cortez, D-N.Y. floated a possible “coalition government” in the House of Representatives Tuesday after Republicans failed to elect a new speaker of the House.

Ocasio-Cortez, a far-left progressive, raised the possibility that Republican leader Rep. Kevin McCarthy, R-Calif., may have to enter into negotiations with Democrats after he failed to win the majority vote needed to become speaker.

“I do not believe that Kevin McCarthy has the votes. I believe that a lot of the opposition to him is very personal. I believe his leadership style is incompatible with a lot of Republican members and certainly the Democratic Caucus.” Ocasio-Cortez said on MSNBC Tuesday night.

“So the question is, is there anyone in their caucus that can build that consensus? If there isn’t, McCarthy’s team may have to come to the Democratic Party? And, if that’s the case, then what would that even look like. It’s rather unprecedented? Could it result in a potential coalition government?” Ocasio-Cortez asked.

“Could we get Democratic chairs of committees as a result?” she wondered aloud.

In her scenario, McCarthy would approach Democrats to gain the 20 or so votes he needs to become speaker. In return, Democrats would extract major concessions from him, likely ensuring that their members remain in charge of powerful and influential House committees. Ocasio-Cortez was clear this is unlikely to happen.

“I’m not saying necessarily that our party is signaling an openness just yet,” she told MSNBC host Alex Wagner. “But, really, it’s about the cards that are in McCarthy’s hands. And if he chooses to approach the Democratic Caucus, then that would be a negotiation, in and of itself, for a potential coalition government. But, again, this is very much an unprecedented time.”

A group of 20 GOP hardliners refused to vote for McCarthy over three ballots Tuesday, and the House adjourned before Republicans consolidated support around one candidate for speaker. The holdouts say McCarthy has refused to make guarantees that he would change House rules to disempower the speaker’s office and open legislation to amendments from rank-and-file members on the House floor. McCarthy’s allies are accusing them of embarrassing the GOP over minor issues and shifting goalposts.

The House will reconvene Wednesday for a second day of speakership elections. To move forward, McCarthy will have to make further concessions that would flip the 15 GOP votes he needs to become speaker, make a deal with Democrats or another consensus speaker candidate will have to come forward.

“There is a very interesting quandary that Kevin McCarthy is in. He needs to get these votes somewhere if he wants to be speaker, and if he can’t get those votes from the House Freedom Caucus, he’s not going to become speaker. Unless, he approaches the Democratic Party in order to enter into some negotiation,” Ocasio-Cortez reiterated to her Instagram followers Tuesday.