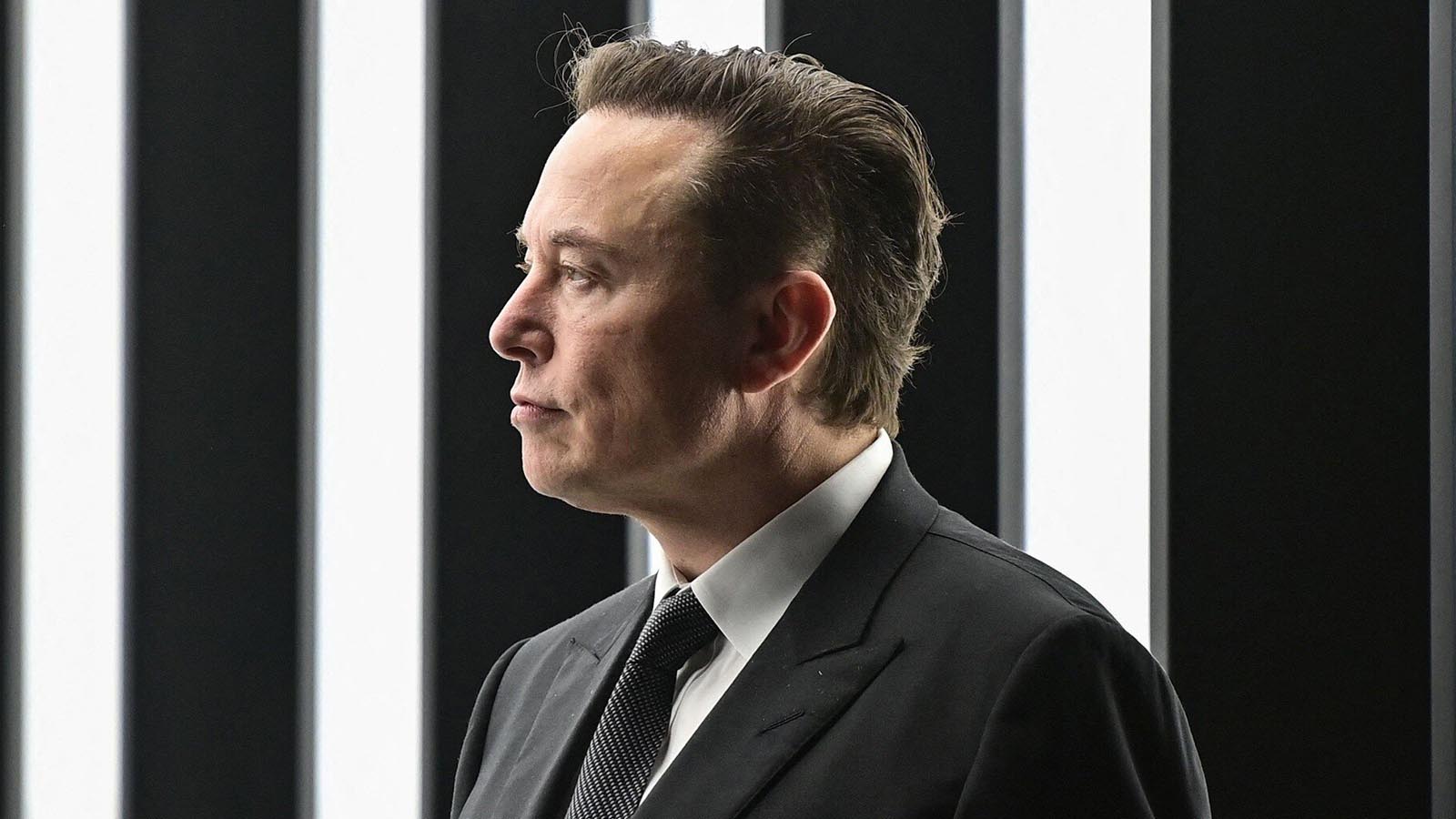 Antifa members are promising a night of violence on Friday in response to Twitter’s recent crackdown on their various accounts. Elon Musk’s businesses are their main target, with Tesla dealerships in Portland being on the hit list.

I guess we are about to find out just how far these lunatics are willing to go. 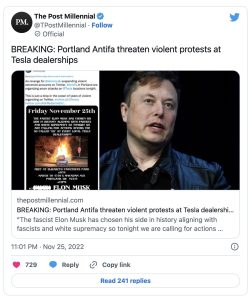 The Post Millennial Editor-at-Large Andy Ngo tweeted, “As revenge for @elonmusk suspending violent extremist accounts on Twitter, #Antifa in Portland are organizing arson attacks on @Tesla locations tonight. This is just a drop in the ocean of years of violent organizing on Twitter.”

Ngo points to Twitter user AshRedacted, whose profile states he uses “he/they” pronouns and identifies as an “Anarchist.”

AshRedacted posted, “Tonight in Portland! Every city, every town! Show up at your local Tesla dealerships in protest of Elon Musk! This will be a thread with other flyers that pop up and other notable Tesla locations across the so called ‘US’.”

For years, one of the worst parts of Twitter was how unevenly the TOS was applied. If you had an account on that was right-leaning, even non-violations of the rules would lead to a permenant suspension. That often happened when a conservative would question a prevailing Democrat narrative, whether on the origins of COVID-19 or the Hunter Biden laptop.

Meanwhile, leftwing accounts that actually called for violence were consistently ignored. Over the last summer, a group called “Jane’s Revenge” continually used Twitter to organize attacks on pro-life individuals in public. Despite them being reported thousands of times, their account was never banned. For years before that, Antifa accounts became notorious for posting their plans to commit violence, using the platform to deliver calls to action.

Finally, under Musk’s leadership, things have changed, with leftwing accounts being subject to the rules for the first time in recent memory. And what happens when a bunch of spoiled brats stop getting their way? They lash out, and that’s what they are promising to do with fire-bombing attacks on Tesla dealerships in Portland on Friday night.

Will they actually follow through, or is this one big temper tantrum from a bunch of cowards? I can’t say, but I welcome any situation which puts these lunatics in the position of having to back up their rhetoric. If they want a revolution, let’s see them try. They might even push the line so far that even the Portland police might have to respond. A few long prison sentences might put an end to this nonsense once and for all.

Regardless, I doubt Musk is sweating about this. If these Antifa goons want to play into their own downfall, I say let them. It’s all fun and games when you’re blocking traffic and shouting at people. I’m interested to see how they respond when the stakes are raised.