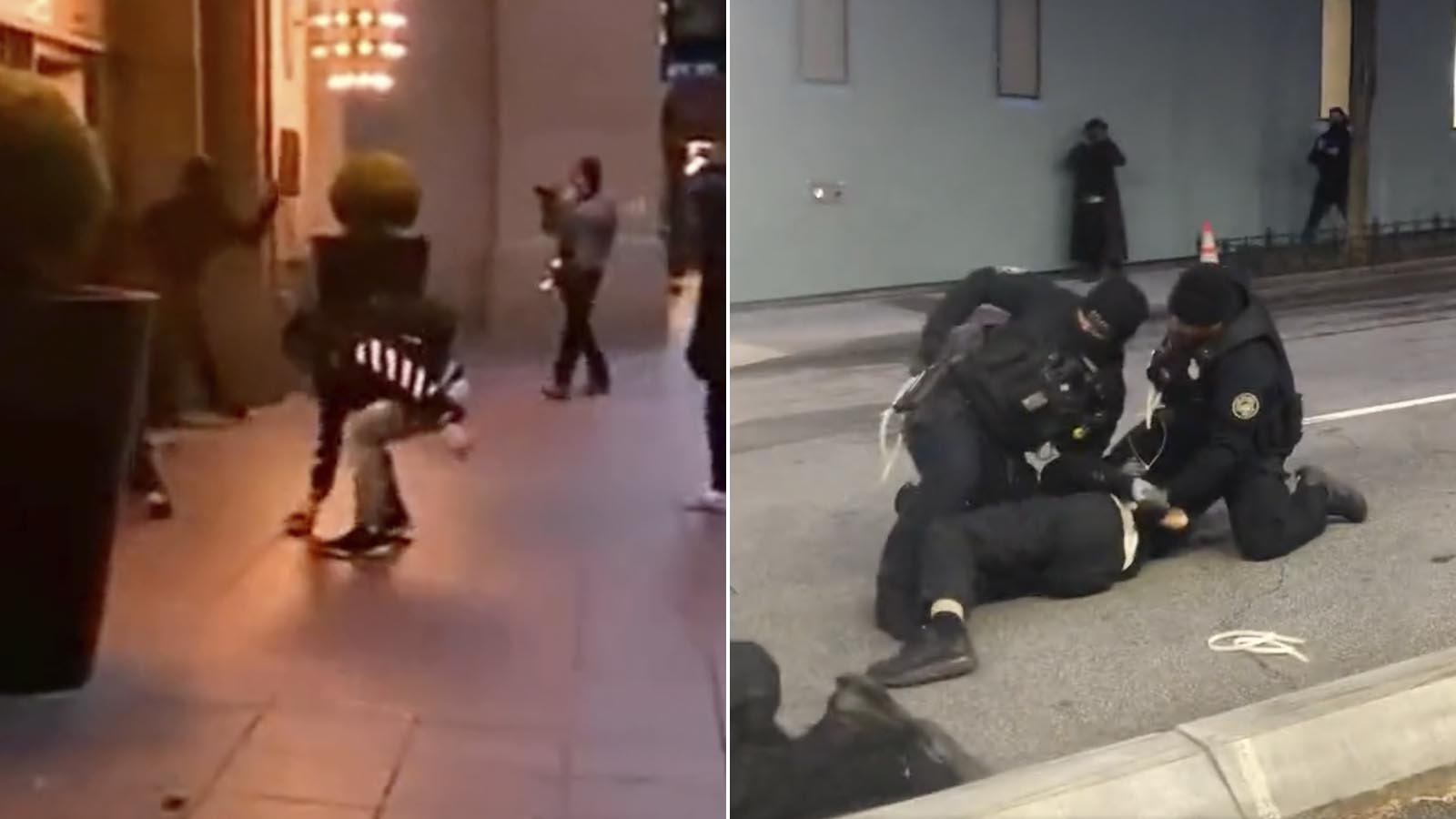 Leftist radicals and Antifa people called for a “night of rage” for Friday night, in response to the killing of a radical protester, Manuel Teran.

Teran was reportedly shot and killed in Atlanta, Georgia, after he allegedly shot a police officer without warning when the police came to “clear” the leftist occupation of an area under construction to be a police training center.

Their calls for a “night of rage” seemed to fail on Friday when, apart from a couple of “vigils” here and there, there was no violence to speak of directed at police across the country as they had wished.

However, on Saturday, they tried to put some of that violence into action against the police in Atlanta. First, they marched with signs, including one that said, “They can’t kill us all.” Are they all intending to shoot at cops?

Far-left extremists & #Antifa had gathered in downtown Atlanta before marching to the @atlpolicefdn building & smashing it up along with businesses in the area. pic.twitter.com/kuI07ywM3C

Then some of them broke off and attacked the Atlanta Police Foundation with rocks and fireworks. They also spray-painted graffiti on the building.

Radicals also attacked two police cars and set at least one on fire.

BREAKING: A crime scene has been established in Atlanta as cops work to secure a perimeter around two vandalized PD vehicles. One fully engulfed in flames, another has a smashed windshield. This is a rapidly developing situation, we’ll have updates on @FOX5Atlanta #COPCITY #ATL pic.twitter.com/fxeSbWsTQZ

“Atlanta Police officers have responded to a group damaging property at several locations along Peachtree [Street],” the Atlanta PD said in a statement Saturday, according to Fox 5. Several arrests have been made at this time and order has been restored to the downtown space. This is still an active and ongoing investigation and we will not be able to provide specifics on arrests numbers or property damaged, at this time.”

Here were some of the arrests. Play stupid games, and win stupid prizes.

After attacking the Atlanta Police Foundation, cars & nearby businesses, @Atlanta_Police arrived to make arrests of the black bloc rioters. They had gathered with a plan to carry out revenge for the death of their gunman at the autonomous zone. #Antifa https://t.co/R4rLRNsL1k

Here, the arrested woman claims she “can’t breathe,” even though she’s standing up and no one is preventing her from breathing.

She’s read too many leftist talking points, I think.

Meanwhile, the police released a picture of the gun that Teran allegedly used to shoot the police officer.

The Georgia Bureau of Investigation says this was the gun in the possession of Manuel Esteban Paez Teran and used to shoot and injure a state trooper at the planned police training site in So. Dekalb County (WED). GBI says the 26-year-old was then shot and killed by police. pic.twitter.com/lH5ZKVe4qA

But facts don’t matter to Antifa and the radical “forest defenders” — they think they are right and their violence is justified.