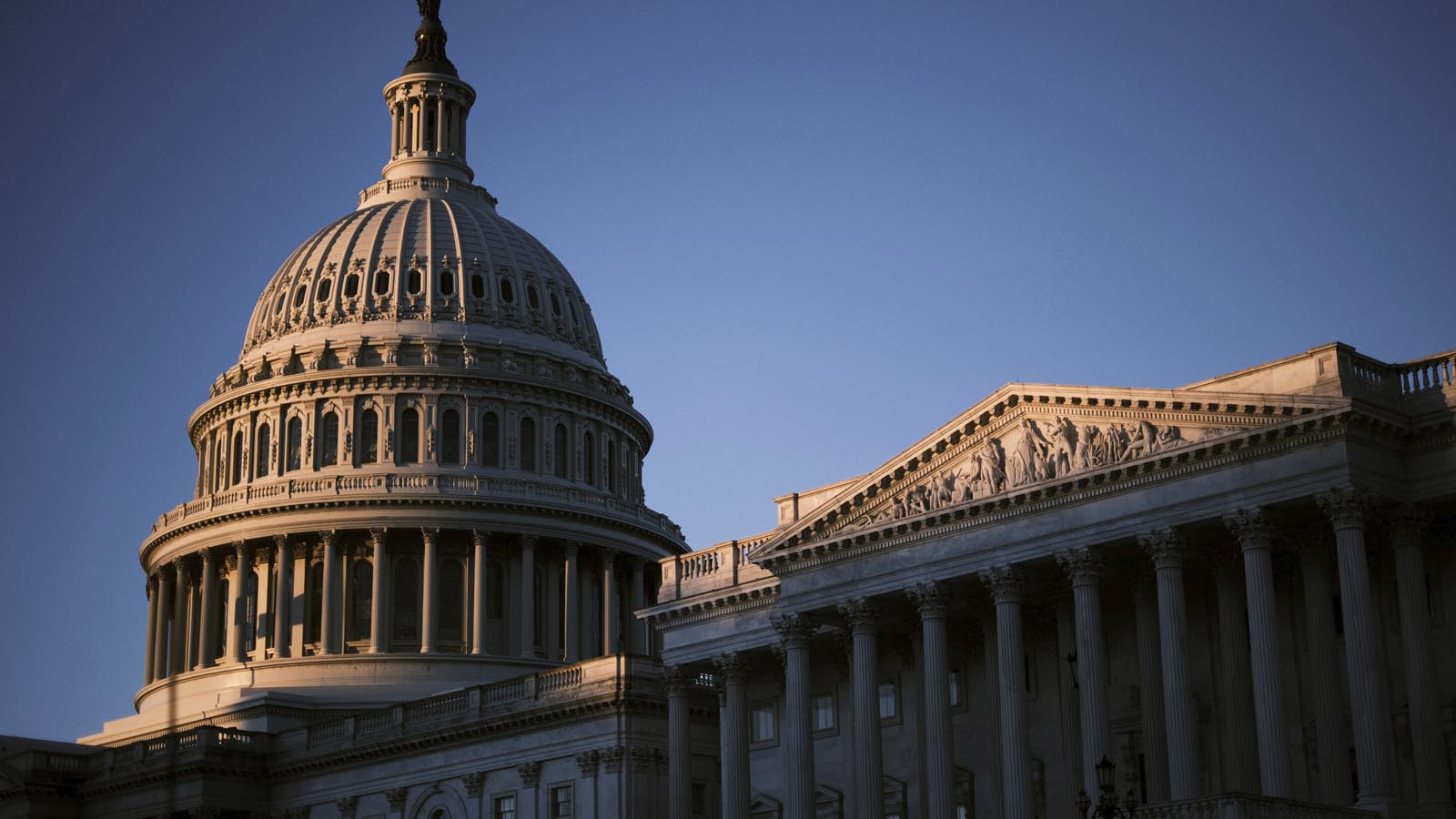 Molinaro defeated Riley 51.1 percent to 48.9 percent with 95 percent of the voting precincts reporting, according to Associated Press figures reported The New York Times.

The sprawling district stretches from Tompkins County in central New York through the state’s Southern Tier around Binghamton and ends along New York’s Hudson Valley border with Connecticut, according to the New York Post. 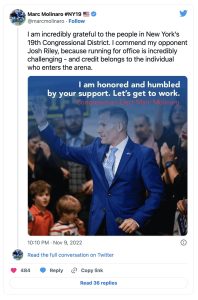 The district, which was redrawn this year, had been represented by Democrat Anthony Delgado, who became lieutenant governor under Democratic Gov. Kathy Hochul, according to Politico. Delgado was appointed in May.

Molinaro had lost an August special election to represent the district as it was formerly drawn. Democratic Rep. Pat Ryan, who won that race, was leading in his attempt to win the redrawn 18th Congressional District, according to the New York Post.

Molinaro, the Dutchess County executive, had been the Republican candidate for governor in 2018 but was beaten handily by former Gov. Andrew Cuomo, according to the New York Post.

“Tonight, the voters of upstate sent a message that they demand a government that works for them,” Molinaro said in a Tuesday night statement, according to Spectrum News.

“They just want to feed their families, heat their homes and feel safe in their communities. I’m honored to have earned the trust of more than 100,000 voters, and I will work everyday to be a worthy member of Congress for both those who did, and did not vote for me,” he said.

Speaking to supporters in Binghamton, New York, Tuesday night, Molinaro offered a message of unity, according to the Albany Times-Union.

“We have an opportunity to bring people together, Republicans and Democrats, and send a message to Washington, D.C., that we mean business,” he said.

“We know there are too many families, farmers, small businesses all across upstate New York struggling too hard, getting too little in return and paying far too much,” Molinaro said.

After his win became official Wednesday, Molinaro issued a statement trying to heal hard feelings from the campaign.

“I commend my opponent Josh Riley, because running for office is incredibly challenging — and credit belongs to the individual who enters the arena,” he said, according to the Binghamton Press & Sun-Bulletin.

“Looking forward, my goal is to listen to, learn from and serve all of this district. Together we will focus on solutions to address inflation, crime and mental health, along with having the best constituent services for upstate New York,” he said.

Riley also offered a message of working together.

“Growing up here, I learned some important values: work hard; be humble; have each other’s backs; there’s more that unites us than divides us,” Riley said in the statement.

“This is not the result we had hoped for, and I’ll be honest: I’m disappointed. But I’m not discouraged. In fact, quite the opposite: this campaign has inspired me. It has been the privilege of my career to build this campaign with all of you and take it across upstate New York, meeting with so many people who have given me hope,” he said.