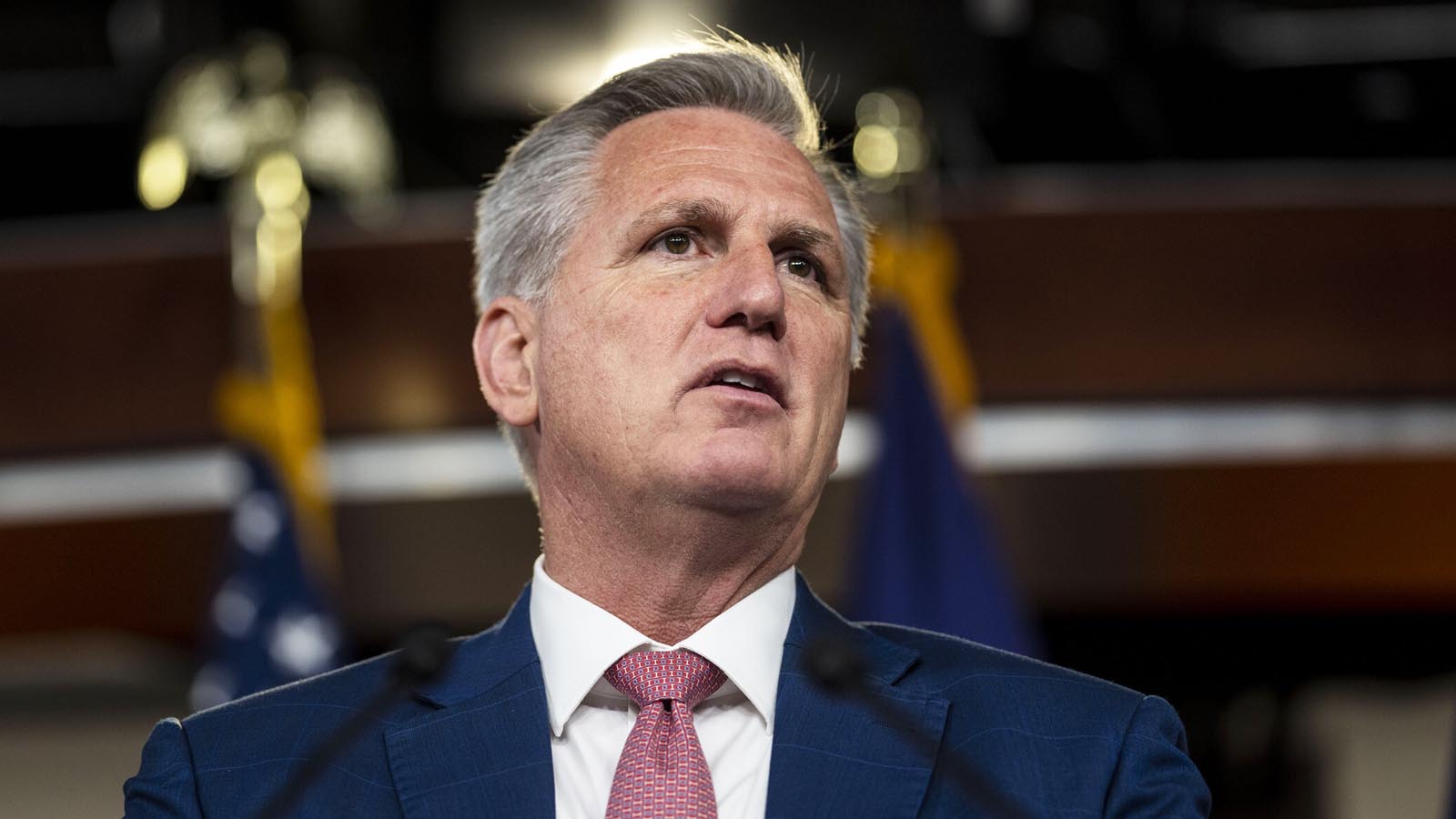 Republicans are on track to retake the House after four years in the minority.

However, the midterms were less of a blowout GOP victory than expected. If current numbers hold, Republicans are on track to have 222 seats in the House during the 118th Congress.

This could be a problem for McCarthy, who has long hoped to become speaker. With these numbers, McCarthy will be able to spare only four votes next year if he hopes to get the top House spot.

As other lawmakers line up against McCarthy, Norman has added his name to the list of those who say they won’t vote for McCarthy under any circumstances.

Norman told Politico that he is a “hard no” against McCarthy.

“It’s too late right now,” Norman said of the possibility of McCarthy winning his vote.

He explained that his concerns about McCarthy rested on economic grounds.

“Economic security is national security. I was not happy with the answer Kevin gave me about balancing the budget,” he said. “I don’t care who the speaker is. It could be Mickey Mouse, but if we have our way, we’re going to have some firm economic mandates.”

Austin Livingston, a spokesman for Norman, told The Epoch Times in an email that Norman fears McCarthy is not the man to address these concerns.

“Rep. Norman sincerely likes Rep. McCarthy on a personal level,” Livingston insisted. “However, Rep. Norman is extremely concerned with the direction of this country, particularly with respect to the federal government’s out-of-control spending and outrageous national debt.”

Livingston said that Norman’s largest economic concerns are about McCarthy’s attitude to passing a balanced budget.

“Rep. Norman is simply not convinced that, if elected Speaker, Rep. McCarthy would actively pursue any reasonable plan to balance the budget and start to pay down this debt. For example, the Republican Study Committee’s plan, which would balance [the] budget over the next seven years,” Livingston said. “For that reason, Rep. Norman does not intend to vote for Rep. McCarthy for Speaker.”

Other Republicans have also confessed concerns over the possibility of a McCarthy speakership.

The most prominent of these, Rep. Andy Biggs (R-Ariz.), mounted a bid to win his party’s nomination for the spot.

“We have a new paradigm here, and I think the country wants a different direction from the House of Representatives,” Biggs told Newsmax. “And it’s a new world, and, yes, I’m going to be nominated tomorrow to the position of speaker of the House.”

Ultimately, this did not come to fruition. In a vote among Republicans, McCarthy won 188 votes to Biggs’s 31, making McCarthy the Republican nominee for the top spot for the time being. The full House will eventually vote to elect the next speaker.

But McCarthy’s troubles are just beginning.

Other Republicans like Rep. Chip Roy (R-Texas) have echoed Biggs’s demand that the party take advantage of the moment to make significant changes to how congressional Republicans operate.

In an op-ed for the Washington Examiner, Roy blasted Republican leaders in both chambers of Congress.

“The leadership failed to produce the kind of concrete plan and bold strategy the moment required,” Roy said after Republicans only narrowly took the House and failed to recapture the Senate.

Matthew Tragesser, a spokesman for Biggs, told The Epoch Times that they are concerned about past comments McCarthy has made about impeaching President Joe Biden’s appointed officials.

At the end of October, McCarthy said that Republicans “will not play politics” with impeachment.

But many Republicans have pushed for the party to use the majority to seek the removal from office of Department of Homeland Security (DHS) Secretary Alejandro Mayorkas and Attorney General Merrick Garland.

Republicans have blamed the worsening crisis along the southern border, which last month saw more than 185,000 recorded encounters with illegal aliens, on Mayorkas’s decisions as DHS chief.

Others have pushed efforts to remove Garland. House Judiciary Committee Republicans contended in a 1,050 page report that Garland’s Department of Justice has been “weaponized” against conservatives and enemies of the Biden administration (pdf).

He added that “the House requires a leader who will be aggressive and leverage existing oversight procedures.”

Norman, Biggs, and Roy are not the only Republicans who are on the fence about McCarthy. Reps. Matt Rosendale (R-Mont.) and Bob Good (R-Va.) have also expressed hesitation to hand the gavel to McCarthy.

Other Republicans, including Rep. Matt Gaetz (R-Fla.), have also been critical of McCarthy, questioning his conservative credentials.

“And I am certain that there is a critical mass of people who hold my precise view, and so the sooner we can sort of dispense with the notion that Kevin is gonna be speaker, then we can get to the important work of actually looking at who are the people that Brian Fitzpatrick and Matt Gaetz can agree on.”

Norman opined that this list will continue to grow as the canvas of the House to select a speaker draws closer.

“By the way, you will hear of many more who will take our position,” Norman said. “It’s not business as usual in Washington, D.C.”

On the other hand, McCarthy does have some prominent supporters, as he noted before heading in for the GOP vote.

Foremost among these are Reps. Marjorie Taylor Green (R-Ga.) and Jim Jordan (R-Ohio), who some Republicans prefer for the speakership.

“We’re going to have the ability to change America,” McCarthy said, upbeat as he entered the private meeting.

He noted backing from right-flank Republicans Greene and Jordan as part of his “vast support.”

Greene, who has generally caucused with lawmakers adjacent to President Donald Trump like Biggs, Gaetz, Roy, Rep. Paul Gosar (R-Ariz.), and others, said that she’s backing McCarthy to head off potential challenges from worse candidates like Rep. Liz Cheney (R-Wyo.).

“It’s very, very risky right now to produce a leadership challenge, especially for speaker of the House, when they are going to open the door and allow Liz Cheney, possibly, to become speaker,” Greene contended.

Though it’s unlikely, the possibility Greene was alluding to could come to fruition. Specifically, this is because of the way that the race for speaker of the House works.

When parties convene to choose positions like whip, majority or minority leader, and conference chair, only members of the party caucus vote. But for the election of the speaker, the whole House votes.

Theoretically, Democrats could nominate Cheney—who otherwise will be leaving Washington in January after being defeated in her primary—as speaker. If the minority party united behind Cheney, only a handful of Republican defections could grant Cheney the gavel.

Though there has never been a speaker of the House who was not a sitting elected member of Congress, the Constitution does not mandate the speaker be such.

Currently, those who have already come out against McCarthy account for six votes.

If, as is traditionally the case, all Democrats vote against the majority party pick for speaker, McCarthy will not have the votes to win a majority of the House.

Whatever the outcome, Norman’s hardline stance against McCarthy worsens an already bad outlook for the California Republican.