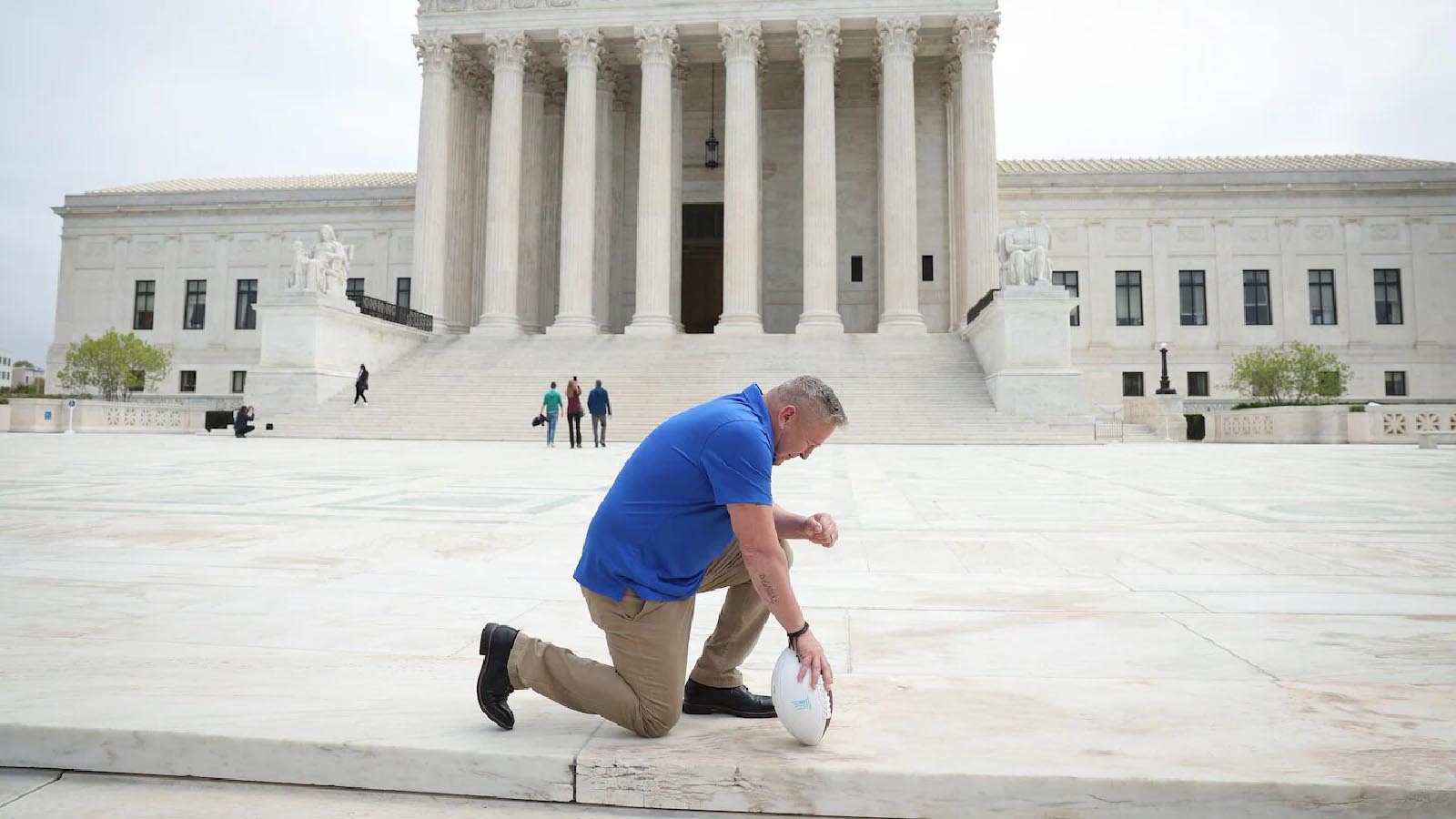 “Joseph Kennedy began working as a football coach at Bremerton High School in 2008 after nearly two decades of service in the Marine Corps. Like many other football players and coaches across the country, Mr. Kennedy made it a practice to give ‘thanks through prayer on the playing field’ at the conclusion of each game,” the opinion explains. “In his prayers, Mr. Kennedy sought to express gratitude for ‘what the players had accomplished and for the opportunity to be part of their lives through the game of football.’ Mr. Kennedy offered his prayers after the players and coaches had shaken hands, by taking a knee at the 50-yard line and praying ‘quiet[ly]’ for ‘approximately 30 seconds. Initially, Mr. Kennedy prayed on his own. See ibid. But over time, some players asked whether they could pray alongside him.”

“Joseph Kennedy lost his job as a high school football coach because he knelt at midfield after games to offer a quiet prayer of thanks. Mr. Kennedy prayed during a period when school employees were free to speak with a friend, call for a reservation at a restaurant, check email, or attend to other personal matters. He offered his prayers quietly while his students were otherwise occupied,” Justice Neil Gorsuch wrote in the majority opinion. “Still, the Bremerton School District disciplined him anyway. It did so because it thought anything less could lead a reasonable observer to conclude (mistakenly) that it endorsed Mr. Kennedy’s religious beliefs. That reasoning was misguided.”

“Both the Free Exercise and Free Speech Clauses of the First Amendment protect expressions like Mr. Kennedy’s. Nor does a proper understanding of the Amendment’s Establishment Clause require the government to single out private religious speech for special disfavor. The Constitution and the best of our traditions counsel mutual respect and tolerance, not censorship and suppression, for religious and nonreligious views alike,” Gorsuch continued.

Together, we WON for Coach Kennedy at the Supreme Court! Stay tuned as we unfold the victory! pic.twitter.com/HavmkzzexX

Touchdown from the Supreme Court! The Justices threw out the Lemon test and ruled that Coach Kennedy can freely exercise his religion and pray on the field after football games. https://t.co/bg6HLMxe4B

UPDATE: Coach Kennedy is reacting to the ruling.