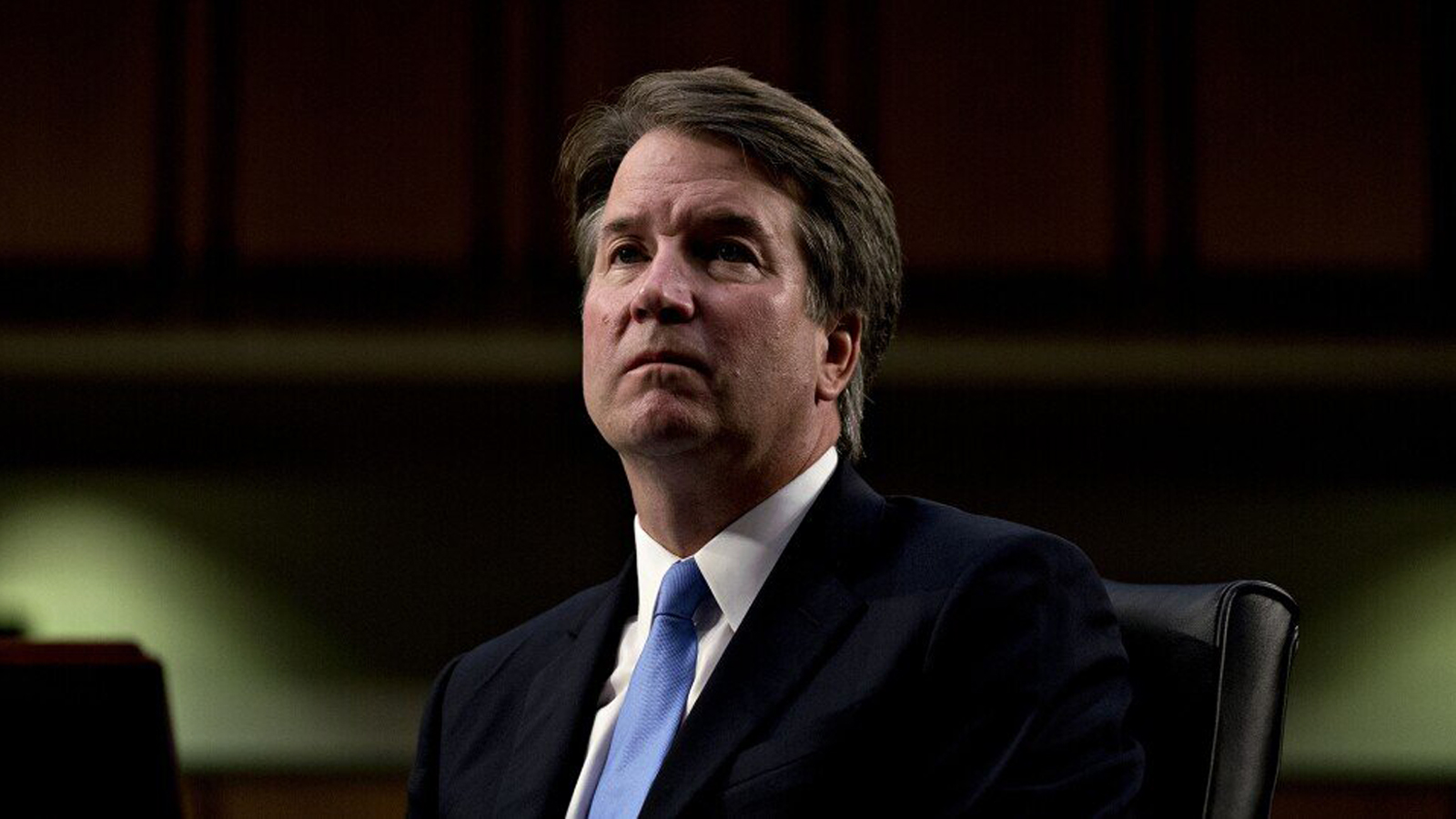 Protesters — apparently angry because they might not be able to butcher innocent babies in certain states — harassed Supreme Court Justice Brett Kavanaugh until he was forced to flee out the back door of a Washington, DC, restaurant.

“THE RIGHT … TO EAT DINNER”— On Wednesday night, D.C. protesters targeting the conservative Supreme Court justices who signed onto the Dobbs decision overturning the constitutional right to abortion got a tip that Justice BRETT KAVANAUGH was dining at Morton’s downtown D.C. location. Protesters soon showed up out front, called the manager to tell him to kick Kavanaugh out and later tweeted that the justice was forced to exit through the rear of the restaurant.

Daniel Lippman looked into the incident for us and confirmed that account.

While the court had no official comment on Kavanaugh’s behalf and a person familiar with the situation said he did not hear or see the protesters and ate a full meal but left before dessert, Morton’s was outraged about the incident.

To its great credit, Morton’s released a statement that said the exact right thing:

Honorable Supreme Court Justice Kavanaugh and all of our other patrons at the restaurant were unduly harassed by unruly protestors while eating dinner at our Morton’s restaurant. Politics, regardless of your side or views, should not trample the freedom at play of the right to congregate and eat dinner. There is a time and place for everything. Disturbing the dinner of all of our customers was an act of selfishness and void of decency.

This, of course, happened just a few weeks after a man planning to assassinate Kavanaugh was caught in his neighborhood.

Hey, let’s see this happen to Stacey Abrams and then watch Politico and the rest of the corrupt media shrug it off as a no biggie.

Remember, the media approve and encourage this harassment—I mean, as long as the target of the harassment is a Republican. For example, a few years back, after Sen. Ted Cruz (R-TX) and his wife were hounded out of a D.C. restaurant by the Democrat party’s terrorist Brownshirts in Antifa, CNNLOL said that was what Cruz “signed up for.”

His Fraudulency Joe Biden also encourages and approves of this behavior. After all, his administration refused to enforce a law that states it is illegal to protest in front of a judge’s home. The corporate media also made these protests easier by broadcasting pictures of the conservative justices’ homes.

There’s a big, red line between protest and harassment. Protest is a wonderfully American thing. Harassment violates the rights of another person.

Naturally, the Blue Checkmark Fascists approve of this harassment:

Justice Kavanaugh had to leave a DC restaurant by the back door last night after protestors appeared. His "right to congregate and eat dinner" had been violated.

How lovely that anyone thinks Brett Kavanaugh has the "right to eat dinner." Fuck. That. Shit. How about the right to control my uterus. How about abortion is a human right. Disrupt these zealots everywhere. h/t CrynJohannsen pic.twitter.com/mlZ1txL1qe

Memo to Mortons: The Supreme Court, on which Justice Kavanaugh sits, explicitly permits sidewalk protests. Women have had to endure that gauntlet when accessing their reproductive rights, which is a tad more traumatic than having to endure it on the way to a nice steak dinner. https://t.co/pNGDklYLzI

Folks should call Mortons at +1 (202) 955-5997 and tell them it’s gross they welcomed Brett Kavanaugh as a diner tonight. Men who take away womens rights should be shunned.

Your right to bodily autonomy is less important than Justice Brett Kavanaugh’s right to a peaceful dinner out. 😒 https://t.co/pYcmF0UYJX

Some are even doxing Morton’s…

Folks should call Mortons at +1 (202) 955-5997 and tell them it’s gross they welcomed Brett Kavanaugh as a diner tonight. Men who take away womens rights should be shunned.

The ignorance on display in those tweets is almost certainly deliberate. We all understand the social compact, the idea that we should be allowed to eat our dinner in peace. But, to conflate that with the nonexistent right to butcher an innocent baby… Come on, y’all.

Since the left can’t win their terrible and fascist agenda at the ballot box, all they can do is lie and burn and loot and harass. By way of the terrorists in Antifa and Black Lives Matter, the left have armies of burners and looters and harassers out there 24/7.

And now you know why Democrats want to disarm us.