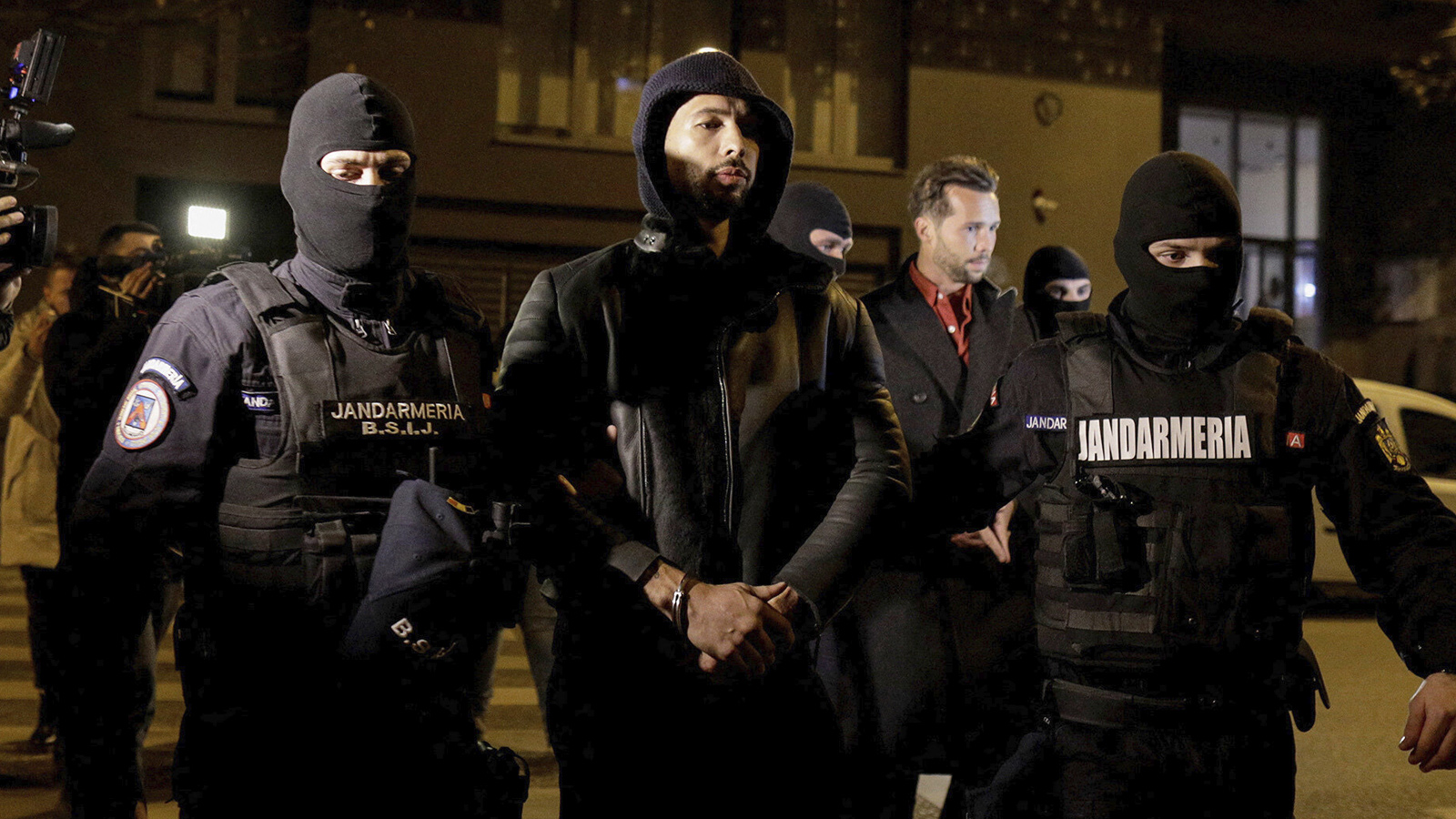 Incendiary social media influencer Andrew Tate and his brother were busted in Romania Thursday related to sex-trafficking allegations, according to a report.

Police in tactical gear descended on a villa Andrew Tate and brother Tristan were staying at Thursday to detain the British brothers on kidnapping and rape charges, judicial sources told Romanian outlet Libertatea.

Video shows the officers armed with battery rams and guns sweeping through the dark villa before escorting Tate into a car.

The brothers had allegedly detained two young women — one with American citizenship and one Romanian — inside the villa against their will in April, where they were subjected to “physical violence and mental coercion,” the Daily Mail reported.

Police suspect the Tates of forming an organized crime group that “sexually exploited by group members by forcing them to perform pornographic demonstrations pornographic for the purpose of producing and disseminating through social media platforms.”

The brothers were questioned for five hours by police on April 11, but were released, Libertatea reported.

Officers recovered various weapons during the raid, including several guns, a knuckle duster, hatchet and swords of varying lengths, in addition to stacks of money.

Video of Tate being escorted into a car and flanked by two officers was shared shortly after the news broke.

Tate’s arrest could have been set off by his Twitter feud with environmental activist Greta Thunberg the day prior.

The controversial influencer tagged her in a post showing off his 33 cars and asked for her address so he would continue to brag that they contribute greatly to pollution.

“Yes, please do enlighten me. email me at smalld–[email protected],” Thunberg hit back.

Tate initially responded with a short “How dare you?!” before revising his response to a two-minute video of him making fun of the use of pronouns and calling her a “slave of the matrix.”

Tate asks a person off-screen to hand him two boxes of pizza but reminds them not to recycle it in an effort to further taunt Thunberg. The boxes had Romanian type on the sides, potentially letting officials know he was in the country.