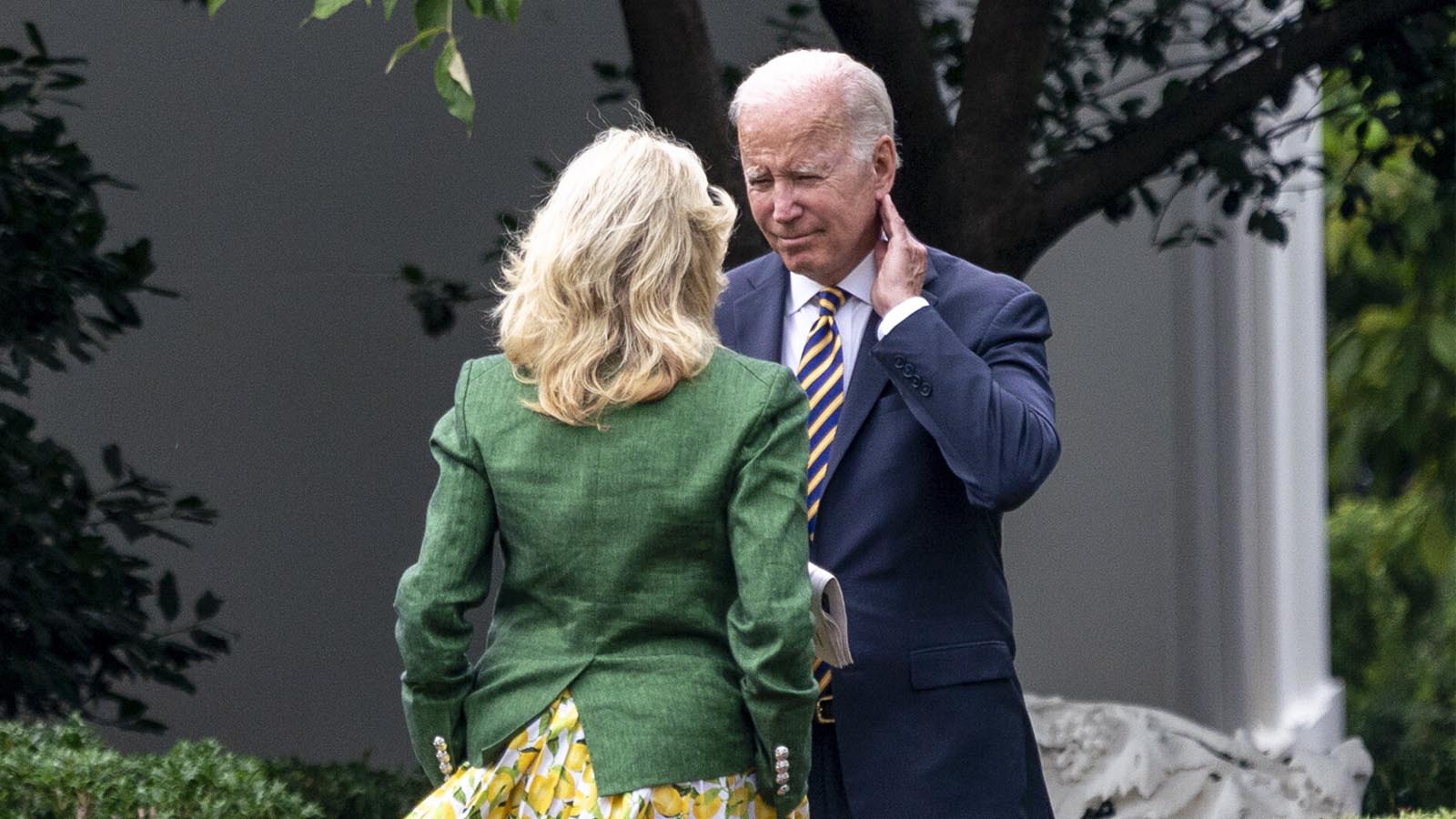 Over the time that Joe Biden has been in office, we’ve seen him continue to deteriorate, until now, he can barely get through remarks on abortion without descending into incoherence and a “Ron Burgundy” moment.

They’ve even had to give him note cards with step-by-step instructions on how to handle a brief meeting. The cards read like instructions for a five-year-old.

His chief handler, most of the time, seems to be his wife, Jill.

She’s pulled him away from reporters in the past, no doubt to prevent him from gaffing. We saw, on July 4th, how Jill tried to prompt Joe Biden to say ‘God Bless America” at the end of his remarks, but Joe just was unable to grasp what she was trying to get him to do. There was also this odd Easter exchange with Jill, in which he referred to Jill thinking of him as a “black sheep” and people not letting him do things.

This week, there was also a series of pictures of an exchange between Joe and Jill Biden that went viral and had a lot of people talking. Unfortunately, it’s not a video, and there’s not a lot of explanation behind it–apart from the pictures were taken before Joe boarded Marine One on the South Lawn to go to Cleveland for an event Wednesday. But boy, do these pictures seem to tell a tale. Click on the pictures to enlarge.

A story in four parts: pic.twitter.com/Xdd1OfJQCT

In the first two pictures, Joe appears angry or disturbed. The third one with his head dropped, looking like he’s being scolded. Then the fourth picture shows them walking away from each other, and Joe doesn’t look at all happy. Was that a fight? We don’t know. We do know that if it had been President Donald Trump and his wife Melania, it would have been blared all over every media network, with a “what it all means” analysis. I’ll gladly admit I don’t know what’s going on there. But we know that things aren’t all the peaches and cream with the Biden family, that they have pitched to us.

I will say that putting him in this position, when he’s in this condition, is pretty shameful. Some have termed it “elder abuse.” Unfortunately, that “abuse” is abusing us, as well.