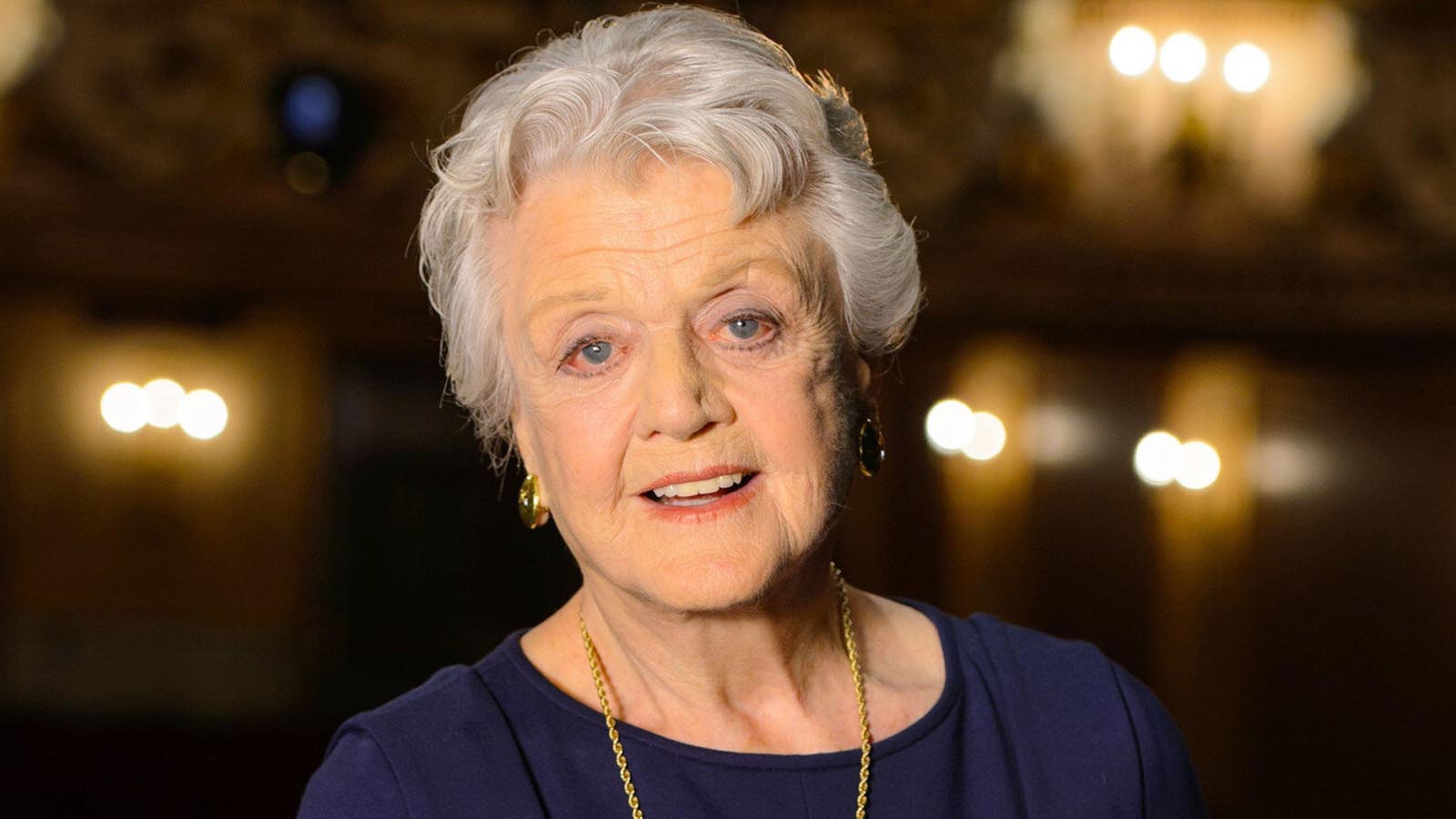 Critically acclaimed singer and actress Angela Lansbury — renowned for her decades-long career in film, theater, and television — died on Tuesday. She was 96.

“The children of Dame Angela Lansbury are sad to announce that their mother died peacefully in her sleep at home in Los Angeles at 1:30 AM today, Tuesday, October 11, 2022, just five days shy of her 97th birthday,” a statement from Lansbury’s family said. 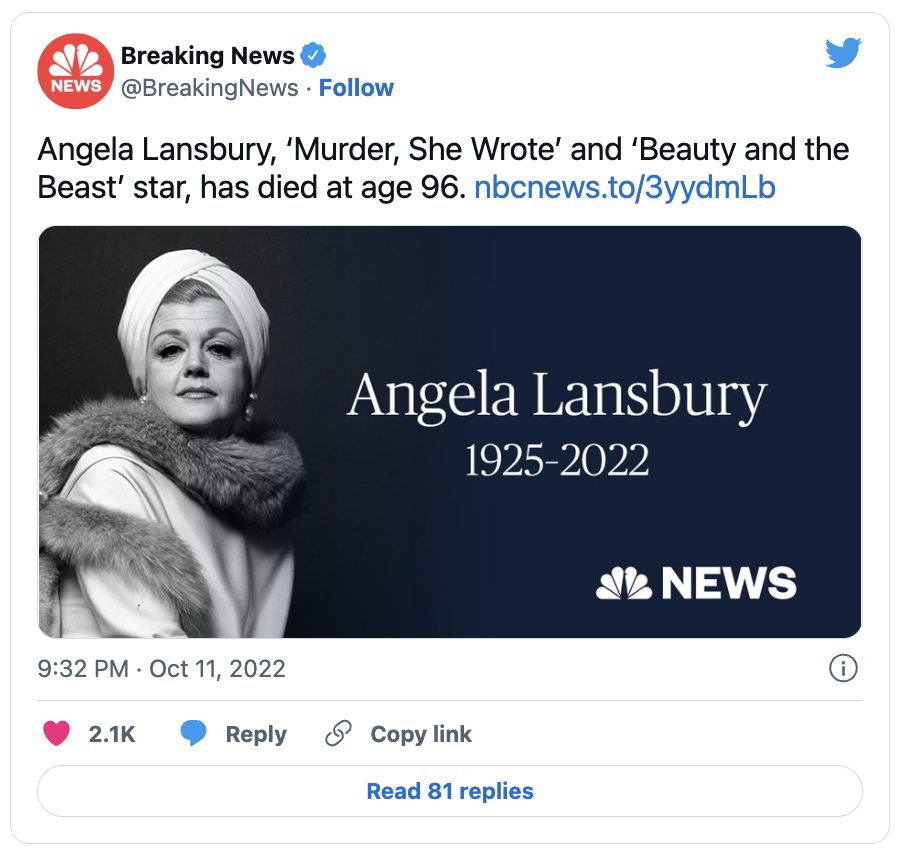 “In addition to her three children, Anthony, Deirdre and David, she is survived by three grandchildren, Peter, Katherine and Ian, plus five great grandchildren and her brother, producer Edgar Lansbury,” the statement from Lansbury’s family continued. “She was proceeded in death by her husband of 53 years, Peter Shaw. A private family ceremony will be held at a date to be determined.”

Lansbury had a career spanning nearly eight decades as a singer and actress, with some of her best-known movie roles from Hollywood’s “Golden Age” including “The Manchurian Candidate,” “The Long, Hot Summer,” “Death on the Nile,” and “The Picture of Dorian Gray.” In the theater, Lansbury received her first Tony Award for her starring title role in “Mame” and also appeared in “A Little Night Music” and Sondheim’s “Anyone Can Whistle.”

On television, Lansbury created the legendary role of sleuthing author Jessica Fletcher in “Murder, She Wrote” which ran for 12 seasons — one of the longest-running shows in TV history — in which she solved more than 300 fictional crimes from her character’s home in Cabot Cove, Maine, and travels around the world.

While still on TV, Lansbury landed another major role as the voice of Mrs. Potts in “Beauty and the Beast” and performed the movie’s title song, earning Lansbury an Academy Award, Grammy, and Golden Globe for her work. Her other more recent film credits include “Anastasia,” “Fantasia 2000,” “The Grinch,” and “Mary Poppins Returns.”

The British-Irish star moved to America during the Blitz in World War II, eventually establishing herself as a leading woman on both sides of the pond and receiving honors from the late Queen Elizabeth II as a Dame Commander of the Order of the British Empire.

In the United States, Lansbury received or was nominated for almost every award available in her field including three Oscar nominations, seven Tony awards, and a record-setting 12 Emmy nominations for her role on “Murder, She Wrote,” according to Variety. Lansbury was hailed by The New York Times as “the first lady of musical theatre” and called an “American icon” by her biographer.

RIP, Angela Lansbury: over an 8-decade career, she was nominated for several Oscar and Tony awards, won numerous Emmys for her role as the inquisitive, effective Jessica Fletcher on “Murder, She Wrote,” and was named Dame Commander of the British Empire. https://t.co/xwZWha8ery pic.twitter.com/wuFvixzHRp