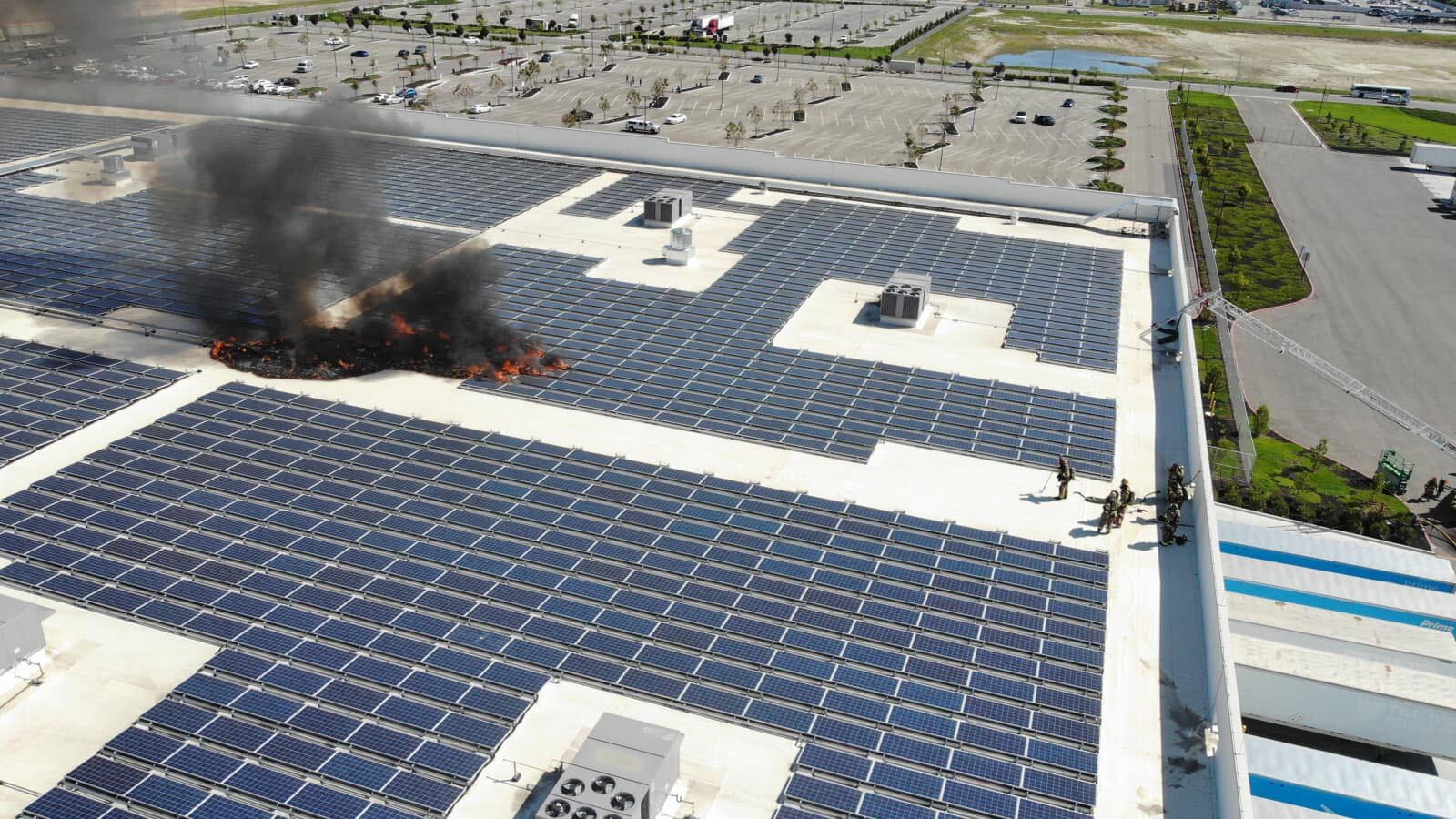 After multiple rooftop fires between 2020-2021, Amazon temporarily took all solar panels offline to complete inspections of each of its systems. The e-commerce giant did so quietly without mentioning the problems in its sustainability report.

The first reported solar panel fire at an Amazon warehouse occurred on April 14, 2020, in Fresno, California, CNBC reported. The warehouse was called FAT1, and the three-alarm fire damaged about 220 solar panels along with other equipment.

In a report, Fresno fire investigator Leland Wilding wrote the blaze started from “an undetermined electrical event within the solar system mounted on top of the roof,” CNBC reported.

By the time firefighters controlled the two-alarm fire, it had caused about $500,000 in damage to the Perryville Amazon facility.

Once again, investigators said the cause of the fire was “an unspecified event involving the solar panel system.”

According to documents obtained by CNBC, at least four other solar panel fire took place between April 2020 – June 2021. The outlet said Amazon had never publicized the documents.

Of the 47 Amazon sites in North America with any sort of solar installation, at least six saw “critical fire or arc flash events” in that timeframe. This means that the electrical fires or explosions occurred at 12.7 percent of the facilities.

“The rate of dangerous incidents is unacceptable, and above industry averages,” an employee wrote in one of the internal reports according to CNBC.

The frequent fires led Amazon to temporarily take all of its solar panels in the United States offline to review the systems.

The company determined it would not “re-energize” any of its solar power systems until reviews had determined they were correctly designed, installed and maintained.

Amazon spokeswoman Erika Howard confirmed the company took this step, and she said the company did so voluntarily.

“Out of an abundance of caution, following a small number of isolated incidents with onsite solar systems owned and operated by third parties, Amazon proactively powered off our onsite solar installations in North America, and took immediate steps to re-inspect each installation by a leading solar technical expert firm,” she told CNBC in a statement.

Yet when Amazon issued its extensive 2021 sustainability report, it failed to mention any shutdown of solar power systems, temporary or otherwise.

Instead, it boasted about the benefits of solar power for a number of its facilities.

Amazon only mentioned the potential benefits of solar power systems for its facilities, and it left out any mention of the risks it had experienced firsthand.

Howard told CNBC the solar power installations were being powered back on after the completion of inspections.

“Amazon also built a team of dedicated solar experts overseeing the construction, operations, and maintenance of our systems in-house to ensure the safety of our systems,” she said.

In another internal document obtained by CNBC, an Amazon employee said the fire incidents stemming from solar panels cost the company an average of $2.7 million each.

In addition, the employee said Amazon would lose $20,000 per month for each of the 47 sites that took its solar installations offline. Again, this information was left off the 2021 sustainability report.

Amazon founder Jeff Bezos pledged in 2019 that the company would reach net zero emissions by 2040, CNBC reported. The so-called “Climate Pledge” was one of the most aggressive sustainability plans in the country.