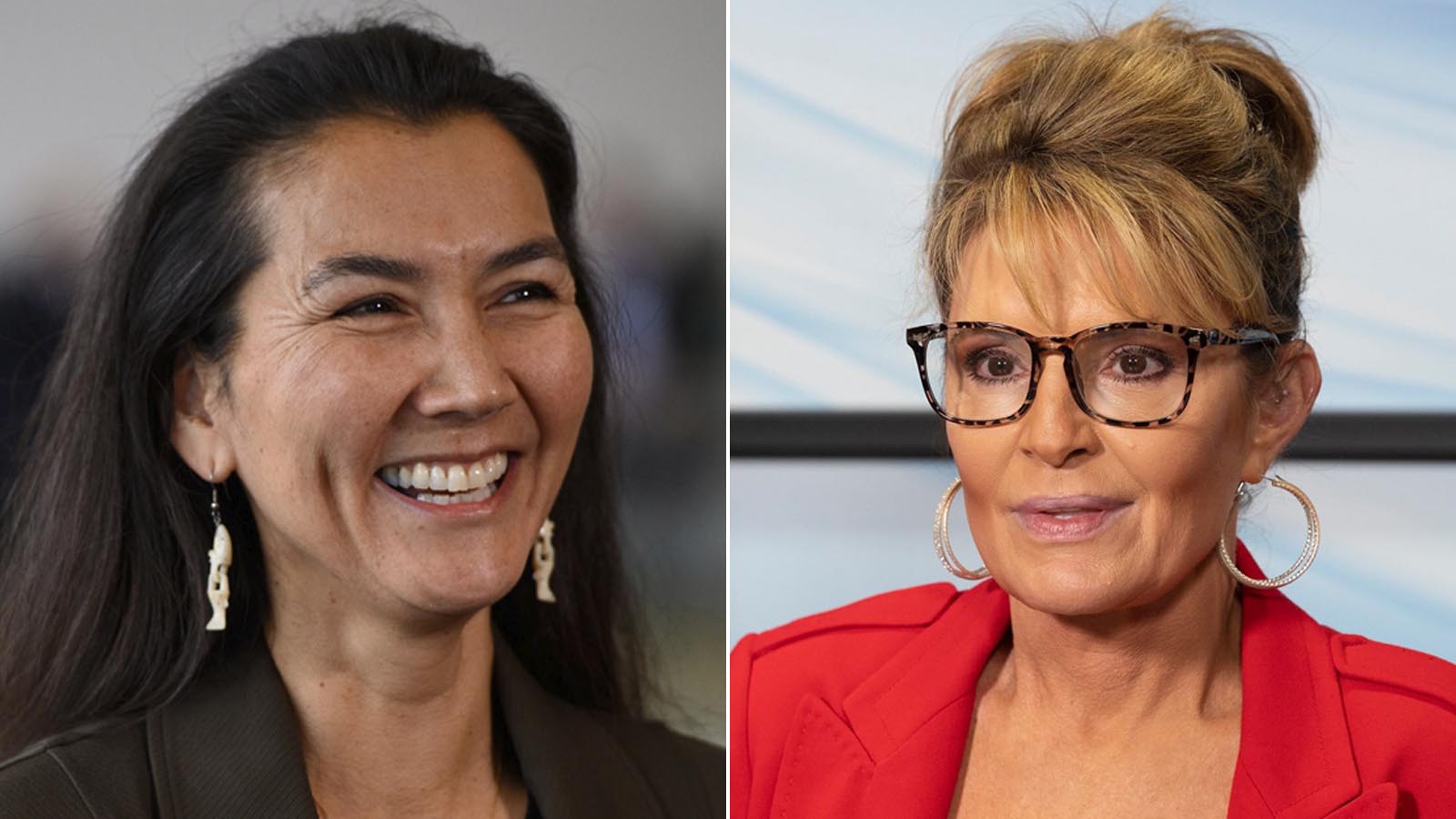 For the first time since 1973, Alaska’s at-large U.S. House seat will be occupied by a Democrat after Mary Peltola prevailed in the second round vote tabulation of the special general election held to fill the vacancy created after GOP Rep. Don Young passed away earlier this year.

In the first round, Peltola held a lead after Republicans split their votes between former Alaska Governor Sarah Palin (finishing second) and Nick Begich. Under Alaska’s new ranked-choice voting system narrowly approved by voters in 2020, the last place candidate (Begich) was eliminated and his votes reallocated to his supporters’ second-choice candidates. 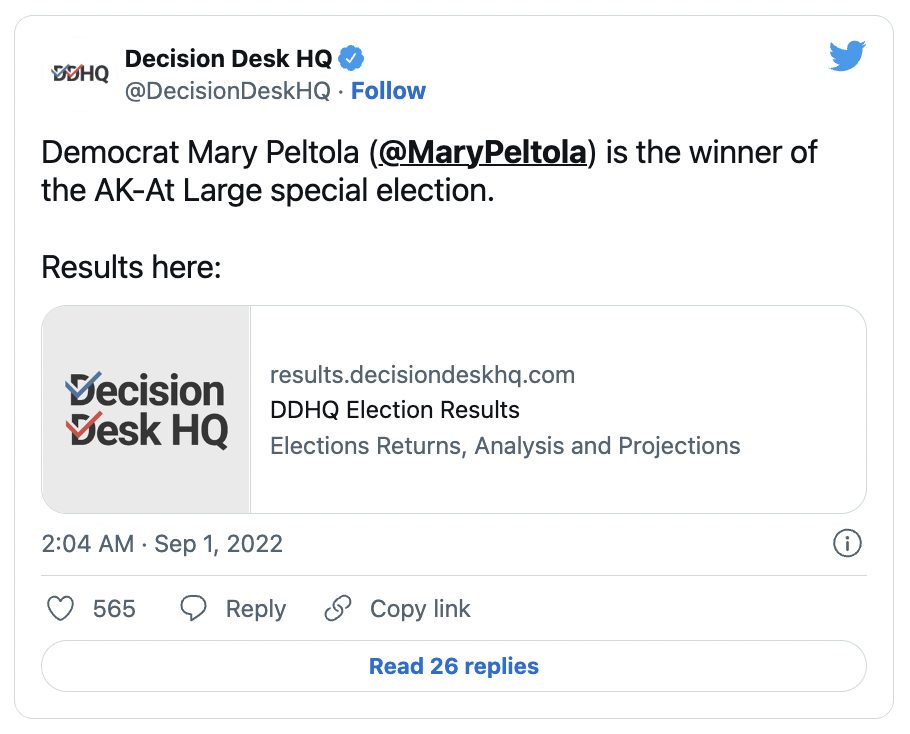 Ultimately, according to data broadcast by the Alaska Division of Elections on Wednesday evening, round two saw 27,042 votes added to Palin’s total and 15,445 for Peltola while 11,222 Begich voters didn’t list secondary choices. In the end, Begich’s second-round votes gave Peltola a win with 51.47 percent of the votes over Palin’s 48.53 percent.

And it’s all thanks to the ranked-choice voting system that barely passed in 2020 by 50.55 percent. Without the nonpartisan top-four primary selection system, Palin would have been the only GOP candidate on the ballot for the special general election. In the special primary held in June, Palin led the pack with 27 percent against multiple fellow Republicans compared to Peltola’s 10 percent.

Palin has, throughout the 2022 election cycle, been an outspoken opponent of Alaska’s new ranked-choice voting system. “I’ve said all along that Ranked Choice Voting was designed to benefit Democrats and RINOs, specifically Sen. Lisa Murkowski (who stood no chance of winning a Republican nomination), along with other political-dynasty family members in Alaska,” Palin said in a statement on August 10.

“The only people who benefit from Ranked Choice Voting are career politicians and the special interests that are in bed with them. The people of Alaska, on the other hand, are frustrated, confused, and discouraged. People are worried that their vote won’t count – or worse, that they’ll accidentally end up voting in a way that benefits a candidate they oppose. As I keep saying: we are being disenfranchised!”

Palin has called for Ballot Measure 2 — the 2020 question posed to voters that almost failed to pass and institute the ranked-choice system — to be repealed and for Alaska to return to “a straightforward, common-sense system that elects the candidate who earns the most votes.”

The former governor noted that “Alaska is the test-case this election season, the first in the nation with these new elements of a perfectly bad storm” and warned “concerned citizens across America to pay attention and not allow this to slither its way into our other 49 states.”

Wednesday’s outcome in Alaska only determines the remaining months of late Rep. Young’s term and another general election will take place in November as the rest of America heads to the polls to determine who will serve a full term beginning in January 2023.

November’s race will largely be a rematch of the special general — the candidates selected in the top-four nonpartisan primary appearing on the ballot in November are Democrat Mary Peltola and GOP candidates Sarah Palin, Nick Begich, and Tara Sweeney.c