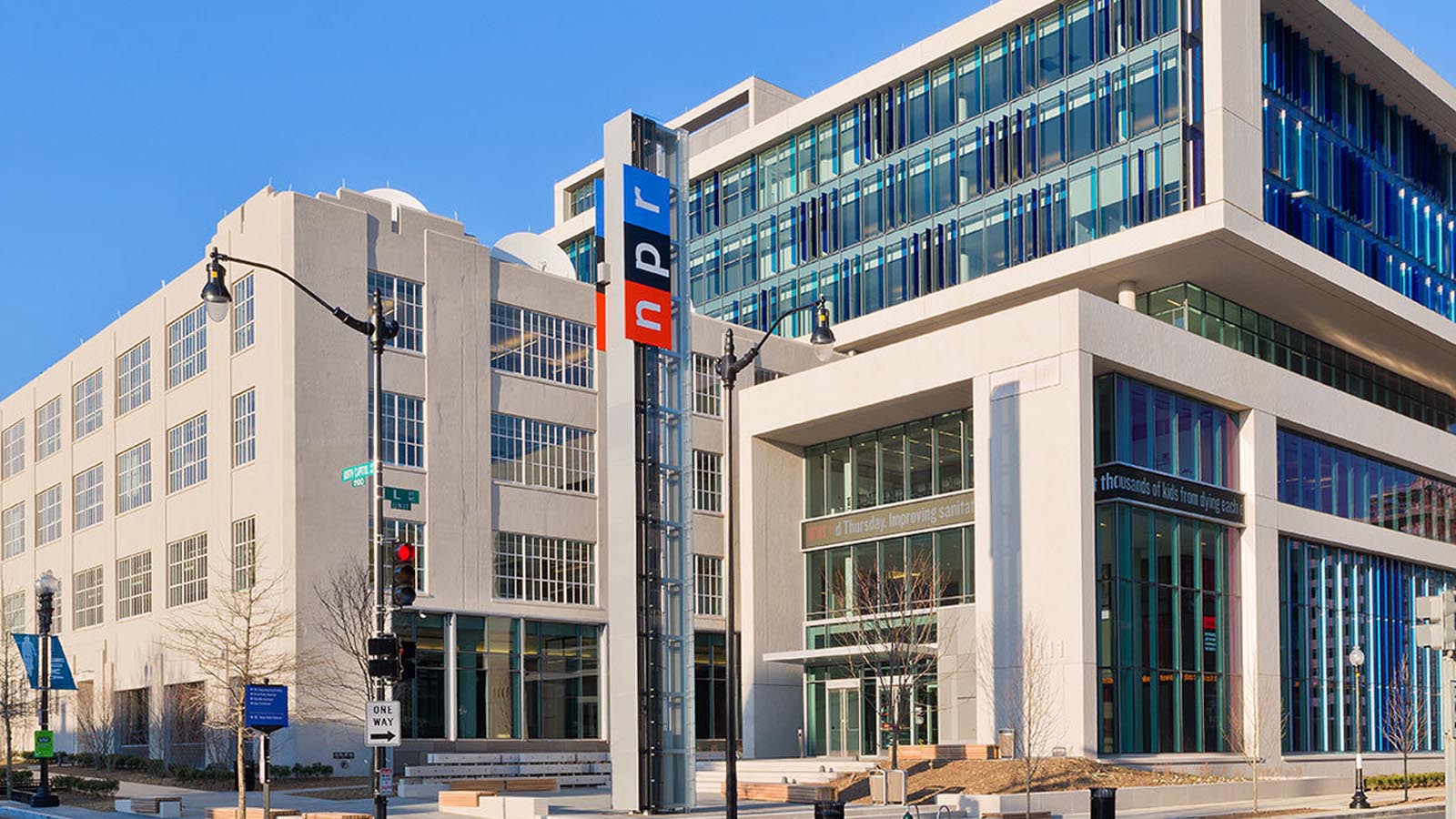 The woke taxpayer-funded social justice warriors at National Public Radio ended a tradition started in 1988 on Monday, canceling the annual July Fourth reading of the Declaration of Independence and instead hosting more liberal thinkers in its broadcast echo chamber for a conversation on “equality.”

“This July 4th we break with tradition,” tweeted Morning Edition host Leila Fadel. Instead of reading the Declaration of Independence — as National Public Radio has done every Fourth of July for more than three decades — the broadcaster put on an America-bashing feature asking “on this July 4th, what does equality mean?” 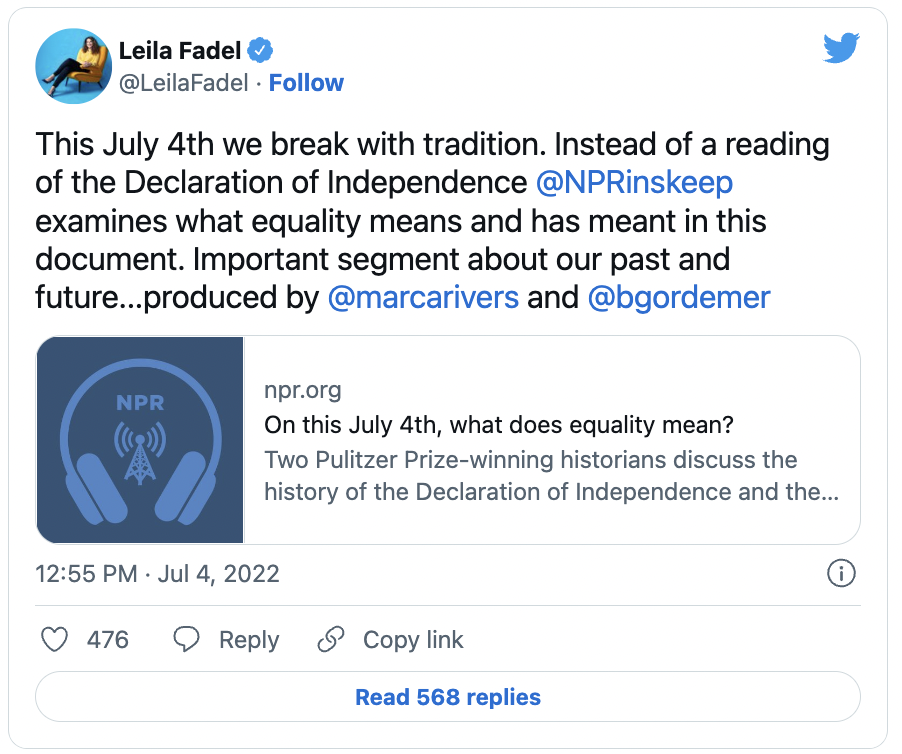 Yep, NPR put an end to the tradition altogether for the Declaration’s apparently too-complicated history and the perceived sins of its authors. This decision from, of all outlets, the organization that was established by an act of Congress in 1967 and signed into law by racist (per MSNBC) President Lyndon B. Johnson who had a reputation for throwing racial slurs around like candy tossed in an Independence Day parade.

When will NPR decide to end its broadcasts altogether to make amends for its flawed founding? After all, that’s what NPR’s prescription is when it comes to the Declaration of Independence.

But no, despite the fact that NPR is engaged in daily demonization of America and her founding, they still decided there wasn’t value in reading the Declaration without which they wouldn’t have a Congress to pay their bills or an eventual Constitution that protects their right to say what they wish, however inane it may be. Why not air both the annual reading of the Declaration and the usual leftist pablum?

Last year, NPR still aired a reading of the Declaration of Independence but couched it with biased commentary that introduced America’s founding document as one with “flaws and deeply ingrained hypocrisies.” For a taxpayer-funded enterprise, NPR continues to alienate more than half their (unwilling) funders in order to please progressive listeners in a few big city leftist dystopias.