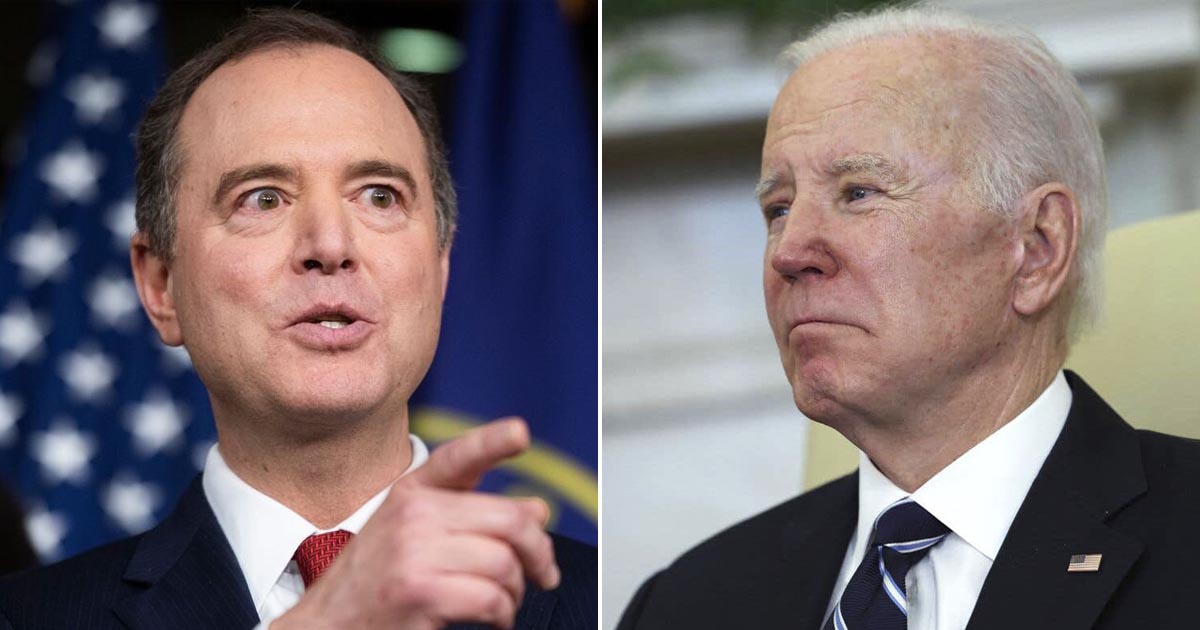 California Democrat Rep. Adam Schiff delivered a crucial blow to Joe Biden by admitting that the president may have endangered national security by mishandling classified documents.

Republicans are demanding answers on the lack of transparency on visitor logs from President Joe Biden’s Delaware home. This comes as classified documents were discovered in Biden’s Wilmington garage as well as his think tank. The U.S. Secret Service also revealed that while a protection unit is assigned to Biden’s Delaware home, they do not record visitors.

During an interview on ABC’s “This Week,” host Jonathan Karl on Sunday when the topic of the classified document scandal and Attorney General Merrick Garland appointing a special counsel was talked about.

“Congressman Schiff, you were on this show just after Attorney General Garland appointed a special counsel in the case of the Trump documents. You said it was the right move. Do you feel the same way about this special counsel?” the host said.

“I do think it’s the right move. The attorney general has to make sure that not only is justice evenly applied, but the appearances of justice are also satisfactory to the public. And here, I don’t think he had any choice but to appoint a special counsel. And I think that special counsel will do the proper assessment. I still would like to see Congress do its own assessment of — and receive an assessment from the intelligence community of whether there was an exposure to others of these documents, whether there was harm to national security, on the case of either set of documents with either president. But, yes, I think the special counsel was appropriately appointed,” Schiff responded.

“Jonathan, if I could also, though, because my state is still trying to dig out from these terrible storms, I want to thank the president for making an emergency declaration and let Californians know that in the three most affected counties they can now apply for help in terms of rebuilding their homes and their businesses and that other counties need to report their damage as soon as possible so they can qualify for relief as well,” he said as the host brought the conversation back to the documents,” Schiff added.

“I don’t think we can exclude the possibility without knowing more of the facts. We have asked for an assessment in the intelligence community of the Mar-a-Lago documents. I think we ought to get that same assessment of the documents found in the – in the think tank, as well as the home of President Biden. I’d like to know what these documents were. I’d like to know what the IC’s assessment is, whether there was any risk of exposure and what the harm would be and whether any mitigation needs to be done. I think that would be appropriate and consistent with what we requested in the case of Mar-a-Lago,” the Congressman said.

Rep. Adam Schiff, a former chair of the House Intelligence Committee, tells @JonKarl that Attorney General Garland made the right move by appointing a special counsel in Biden documents case.

“I still would like to see Congress do its own assessment.” https://t.co/ndQmL4Gr7U pic.twitter.com/Tcaen00Q9W

“The White House knew about this on November 2nd. So that was almost a full week before the midterm elections. We didn’t learn about it — the public wasn’t informed until this week and it was only after the story was, you know, was out there, reporters were asking questions. Should they have been more forthcoming? Should this information have been revealed earlier?” the host said.

"We have asked for an assessment in the intelligence community of the Mar-a-Lago documents," Rep. Schiff tells @JonKarl.

"I think we ought to get that same assessment of the documents found in the think tank, as well as the home of Pres. Biden.” https://t.co/ndQmL4Gr7U pic.twitter.com/jyAANuvTLP

“I think the administration will need to answer that question. I’m going to reserve judgment until they do. But I think it’s important to point out that the Biden approach was very different in the sense that it looks, as far as we can tell, that it was inadvertent that these documents were in these locations. When they were discovered, they were immediately provided to The Archives or to the Justice Department. There was no effort to hold on to them, no effort to conceal them, no effort to obstruct the Justice Department’s investigation. All of that is a very sharp contrast to Donald Trump’s handling of the situation,” Schiff claimed.