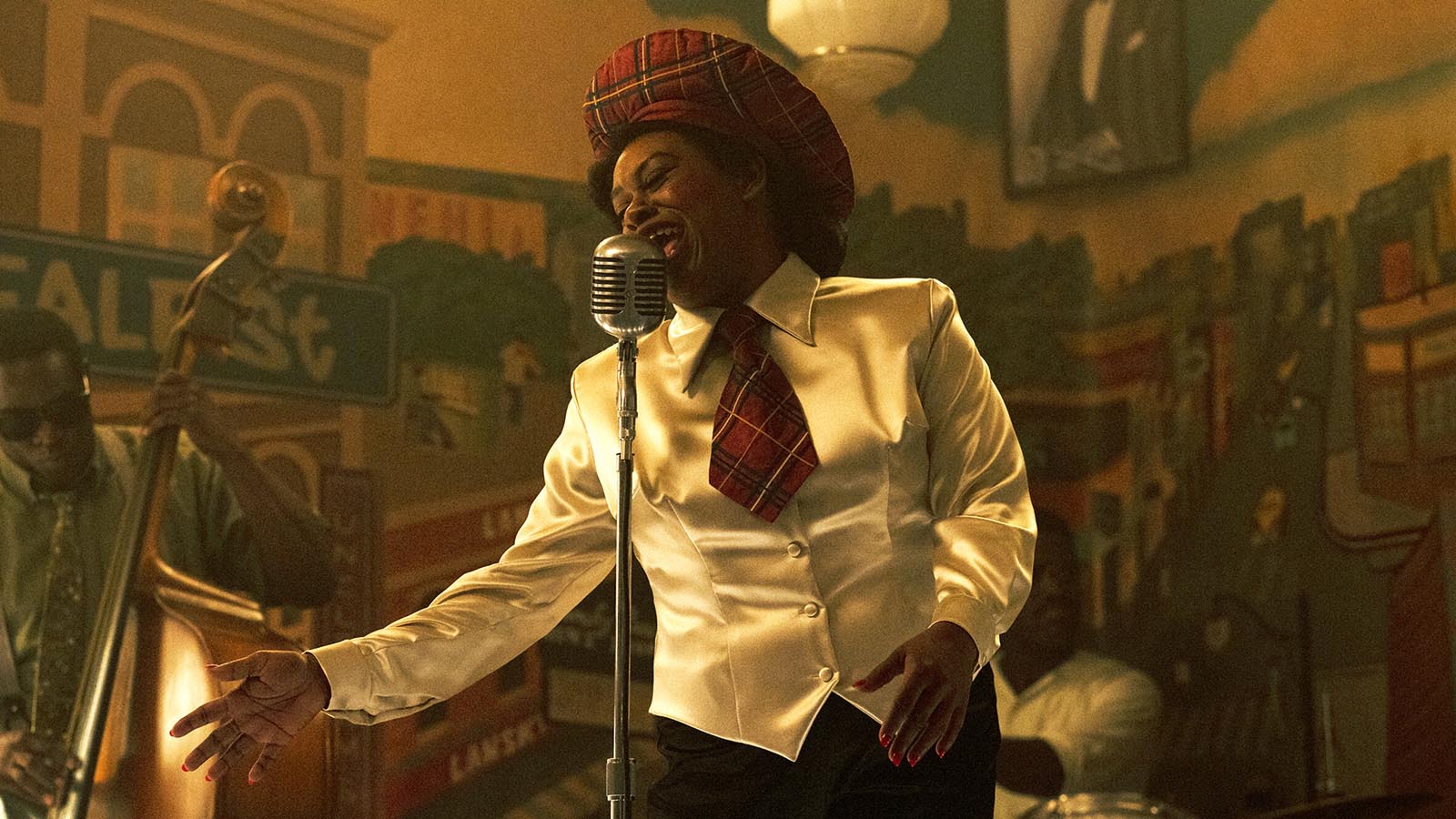 Shonka Dukureh, a singer and breakthrough actress in the recent film “Elvis,” died Thursday. She was 44.

Police in Nashville, Tennessee, said in a news release Thursday that they found her body in her apartment’s bedroom.

The cause of death was unknown, but Nashville police said there was no indication of foul play.

BREAKING: No foul play is evident in today's death of actress Shonka Dukureh, 44, who portrayed Big Mama Thornton in this year's Elvis movie. Dukureh, a Fisk Univ graduate, was found dead in the bedroom of her Kothe Way apt that she shared with her 2 young children.

This was the second celebrity death to hit Nashville this week. Nolan Neal, a musician who appeared on shows including “America’s Got Talent” and “The Voice,” died Monday.

Dukureh had her first big screen role in “Elvis” as Willie Mae “Big Mama” Thornton, an R&B singer who first recorded “Hound Dog” before Elvis Presley made it popular.

Doja Cat’s original song was on the “Elvis” soundtrack.

The Official Video for @DojaCat’s “Vegas” with @iamshonka is here — featured on the soundtrack of @BazLuhrmann’s #ElvisMovie, only in theaters June 24. ⚡️ ️

Dukureh performed with Doja Cat at the Coachella festival in April.

“Gratefulness is where I live cuz my granny, gmama, momma, family modeled and instilled it in me,” Dukureh wrote. “It isn’t a posture of less than or crumbs scraping, but one that acknowledges good things aren’t a guarantee and when we encounter them thankfulness, gratefulness is the least we can express.”

The post was made July 13, eight days before her death.

#ElvisMovie is rocking the box office! Singer and actress @iamshonka shared her experience portraying Big Mama Thornton in the new film with CW30 for an exclusive interview. Visit our Facebook page to see the full interview! pic.twitter.com/lYBumAoRSl

Repost @BazLuhrmann on Instagram:
A special light went out today and all of the Elvis movie family are heartbroken by the loss of Shonka Dukureh. From the moment she came into our world, Shonka brought joy, spirit and of course her voice and her music. pic.twitter.com/I5XbqLhk4F

A favorite word of Shonka’s, in daily use, was “blessings,” and I, along with the entire Elvis cast, crew and musical collaborators, feel truly blessed to have had time with her. We send all our love and support to Shonka’s children and family at this time. pic.twitter.com/3EQkLsG7Xf

“Whenever she was on set, on stage or even just in the room, everyone always felt uplifted. Shonka was just starting to find a larger audience for her tremendous talent, and I got to see her uplift whole crowds of people at Coachella and beyond,” Luhrmann wrote.

“We send all our love and support to Shonka’s children and family at this time.”