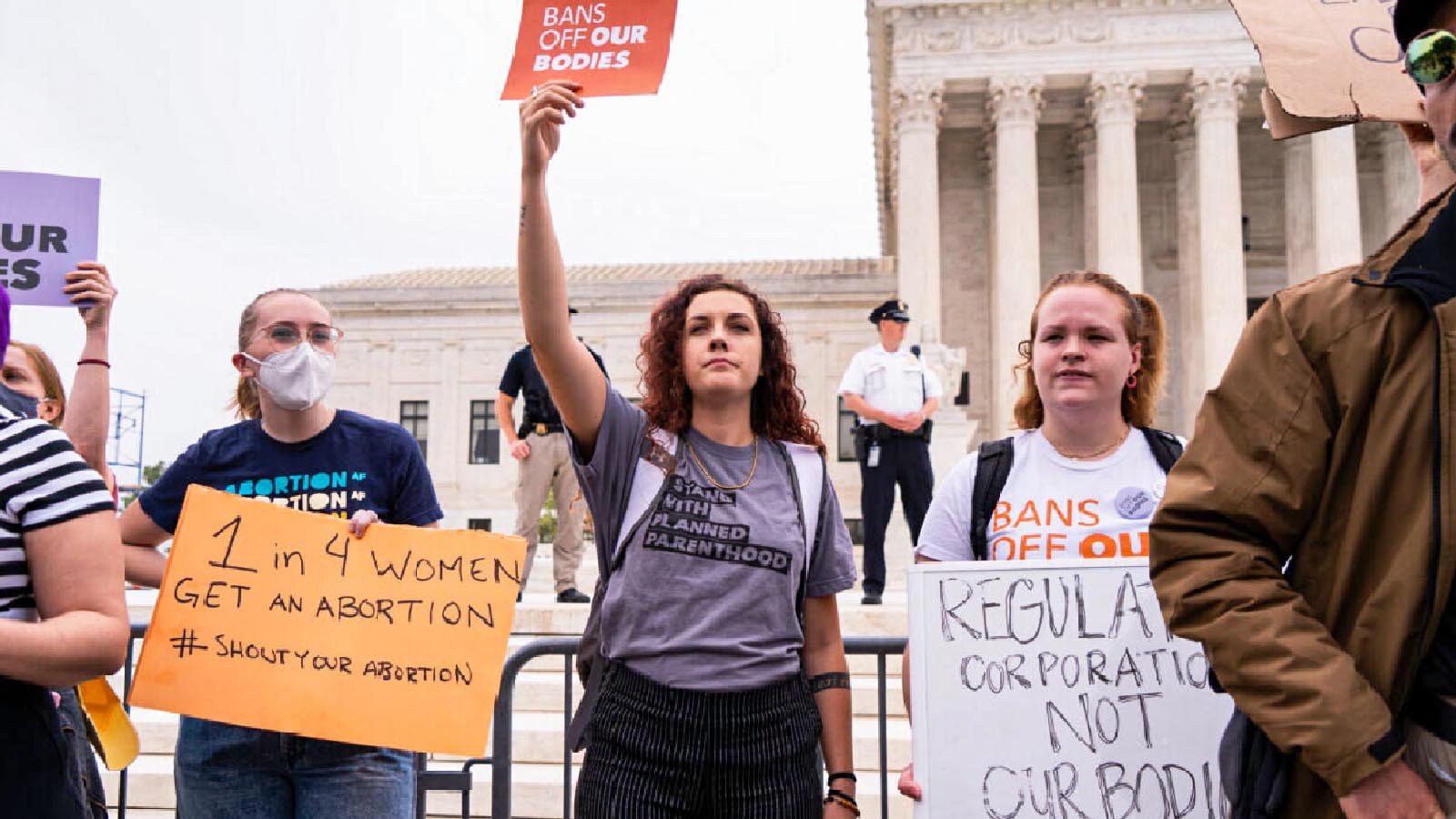 Protest organizing group Shut Down D.C. plans to block access to the Supreme Court in Washington on June 13.

In online meeting footage obtained by The Epoch Times, the group announced that it planned to seal off all three vehicle entrances to the court so justices wouldn’t be able to get in and announce a decision that might overturn Roe v. Wade.

“Goal is to create a decision dilemma, presenting the court, Congress, and law enforcement (and the political leaders that oversee them) with three unacceptable (to them) options,” a video slide made by the activists reads.

The group’s presentation says it would either stop Supreme Court justices from entering the court, “continue to escalate the crisis in democracy” by making police remove the demonstrators by force, or make the government implement its demands.

The protests are in response to a leaked Supreme Court Dobbs v. Jackson draft opinion that suggests the court may overturn Roe v. Wade. This new opinion could allow states to make their own laws on abortion.

The leaked opinion sparked the ire of many. For weeks, protesters have demonstrated outside the Supreme Court.

Activist group Ruth Sent Us published the home addresses of the Supreme Court justices and asked people to protest there. Many walked by the homes of the six conservative justices, yelling obscenities at them and their families.

Protesters in the Shut Down D.C. meeting also suggested that their actions might not be constitutionally protected.

“We may talk about some action ideas that stretch the bounds of constitutionally protected speech,” one activist said on the video call.

Another activist advised protesters to be careful in what they said.

The planned protest next week will continue the escalation by opponents to a change in Roe v. Wade.

If the online planning meeting’s attendance was any indication, at least 60 people will take part in the court blockade.

Activists at the online meeting suggested ways to block the court’s three entrances. These included mass sit-ins, “big art,” a “lock down,” a dance party, a “people’s assembly” in the street, and a rally.

Votes in the group suggested that most preferred conducting a sit-in.

On May 31, Shut Down DC confirmed that it planned to “blockade the streets around the Supreme Court to rise up for the transformative change that our communities need.”