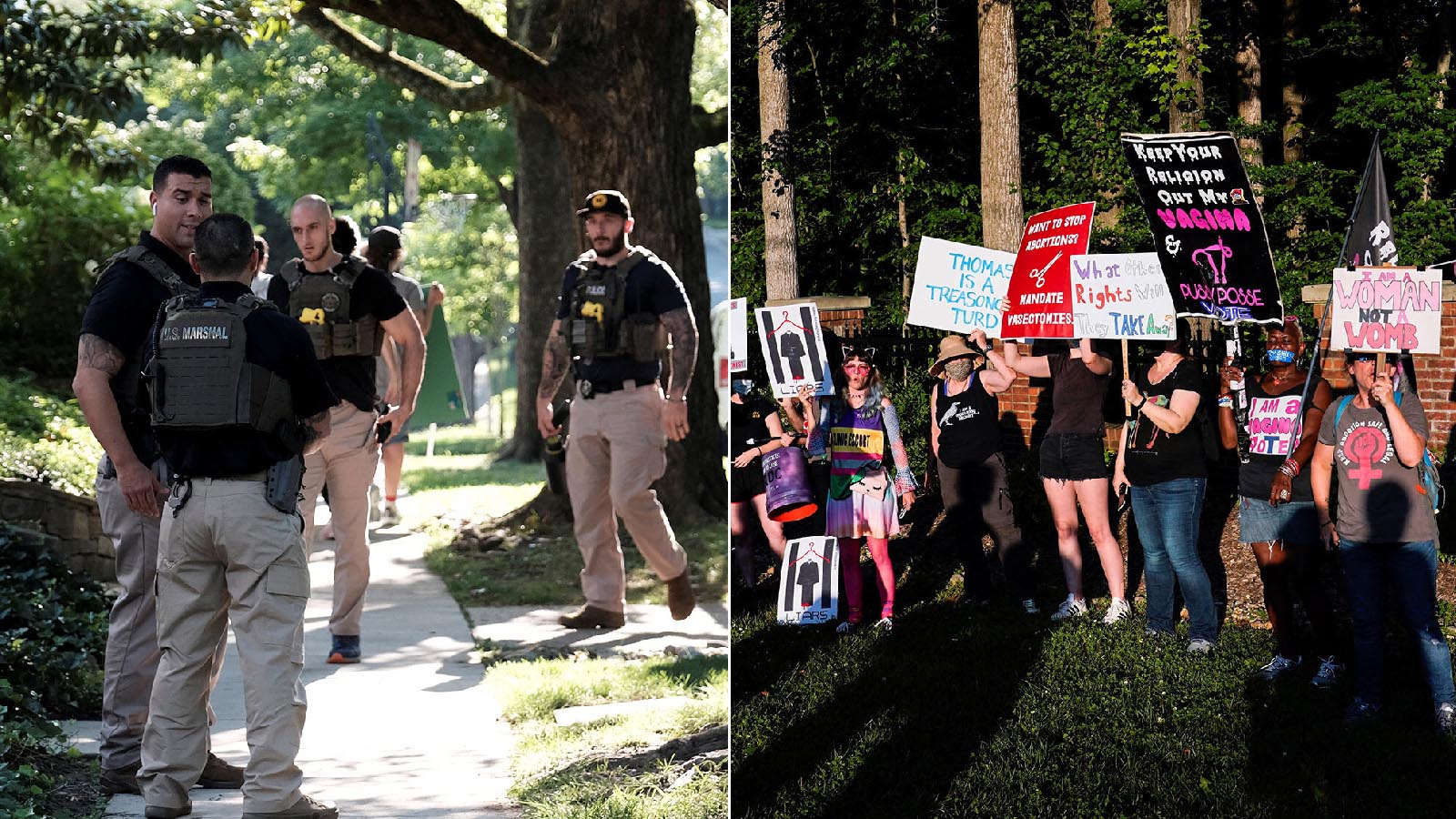 Enraged pro-choice protesters vowed to descend on the homes of the six conservative Supreme Court justices on Saturday after posting their addresses online in the wake Roe v. Wade being overturned.

The pro-abortion group, Ruth Sent Us, started circulating the justices’ addresses in the hours after the high court struck down the landmark abortion case Friday and as violent protests broke out nationwide.

Dozens of protesters showed up outside Justice Clarence Thomas’ home overnight, chanting “no privacy for us, no peace for you!” and accusing his wife, Ginni, of being an “insurrectionist.”

Some also brandished signs reading “Thomas is a treasonous turd” and “Off with their d—s.”

The protesters were planning to target Thomas’ home again on Saturday, as well as the residences of Justices Brett Kavanaugh, Amy Coney Barrett, Samuel Alito, John Roberts and Neil Gorsuch, according to posts on social media.

The same pro-choice group has been posting up outside the conservative justices’ homes for weeks — ever since a draft version of the opinion was leaked.

President Biden last week signed a bill to establish around-the-clock security for the justices and their families in the wake of protestors targeting their family homes.

And California man, Nicholas Roske, 26, was also arrested outside Justice Brett Kavanaugh’s home earlier this month after he allegedly admitted to planning to kill him because he was enraged over the leaked opinion.

Despite Biden calling for protests to remain peaceful in the wake of the Supreme Court’s decision, chaotic scenes erupted across the country.

At least 25 protesters were arrested in New York City, activists clashed with cops and set off fireworks in Los Angeles and SWAT teams in Phoenix had to fire tear gas from the windows of the Arizona Capitol building to disperse hundreds of people demonstrating outside.