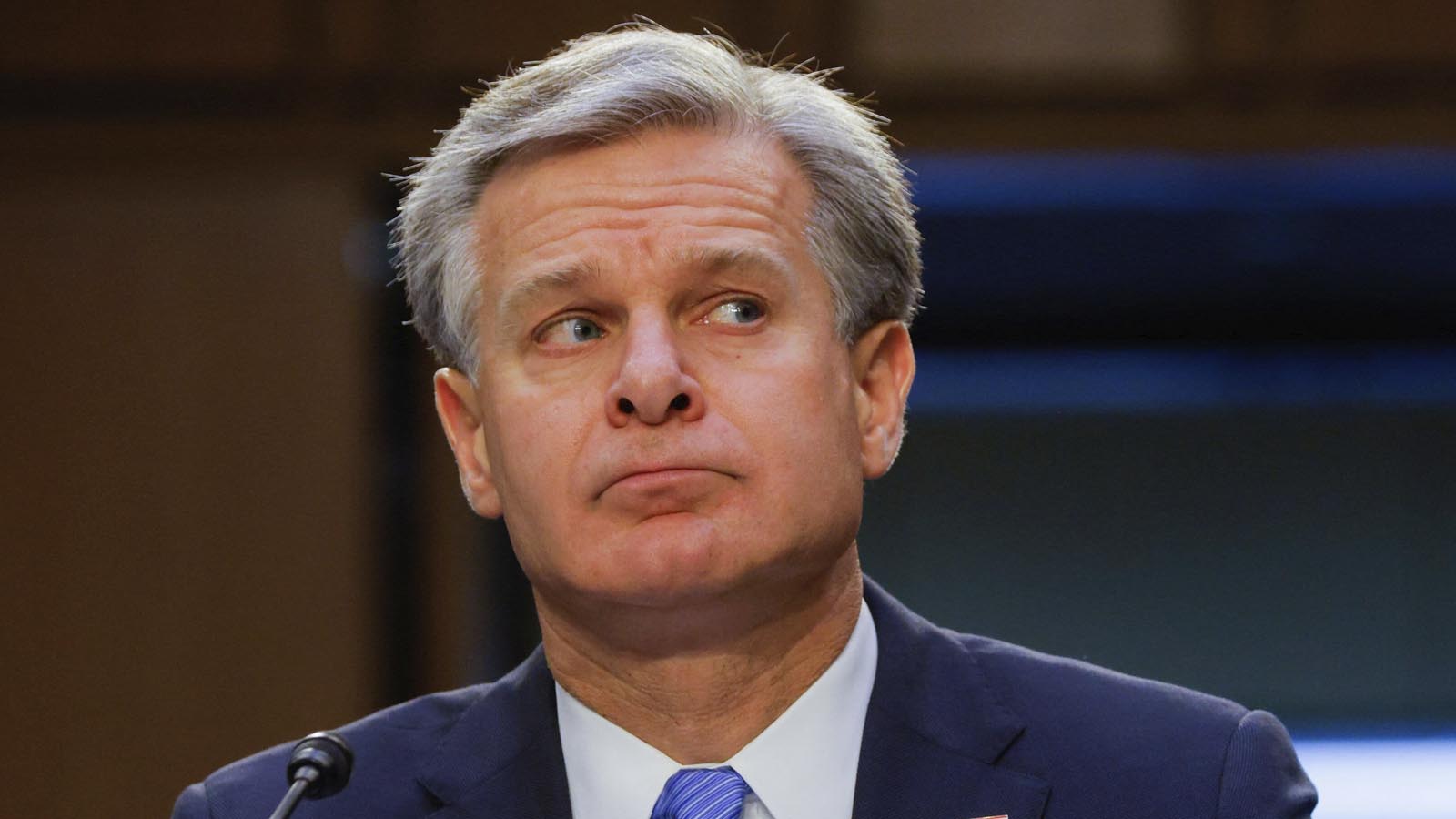 A bombshell Newsweek report details what most of us knew all along — that the FBI is increasingly spending its time and resources fighting Trump supporters. While they claim their efforts merely extend to violent rioters, the bureau’s reclassification of “hate crimes” and “extremism” has refocused its efforts on broadly defined “extremism.”

Perhaps the most viral story demonstrating how the FBI uses its force against Republicans it doesn’t like is in the infamous raid on Trump’s Florida home Mar-A-Lago. Among the items the bureau seized were personal belongings such as articles of clothing, gifts, photographs and press clippings.

The chief target of the newly-formed talons of the FBI? Trump’s supporters.

“The FBI is conducting three times as many domestic terrorism investigations than it was five years ago, with 70 percent of its open cases focused on ‘civil unrest’ and anti-government activity,” the FBI documents reviewed by Newsweek found.

The FBI’s reclassification of the term “domestic terrorism” may be a more precise definition. The FBI stipulates that while terrorism is “an act is focused on the government,” extremism is “focused on private individuals or institutions.” But a senior government source explained how the new definition “inserts the FBI and counterterror investigators into the political life of the nation,” Newsweek reported.

The FBI’s reports on ‘far-right extremism’ are politically motivated BS to prop up radical socialist talking points. They want a pretext to crack down on the left’s ‘enemies list’ of conservatives and Trump supporters. This is intolerable and needs to stop.🔻 https://t.co/ljcKo5DNQU

“It’s not because the FBI is partisan, but more because society … and Washington remains obsessed with January 6 and Donald Trump,” said Newsweek’s source. “It doesn’t matter whether the activity is left or right, anti-Biden or anti-Trump,” the official says. “That’s the pool of suspected terrorists. In other words, the focus now is political terrorism.”

While before January 6, racially motivated violent extremism was the chief domestic terrorism threat investigated by the FBI, after the capitol riot so-called “anti-government” and “anti-authority” cases accounted for 90% of the FBI’s investigations.

Of the 2,700 cases currently being handled by the FBI almost a third relate to January 6 or “subsequent political activity connected to it” — whatever that means.

The regrettable actions of some Trump supporters at the capitol on January 6 is the unique obsession of beltway elites mainly because of their own feeling of self-importance, the official says.

“In other words,” he said. “Washington is obsessed with threats to Washington itself.”

While FBI Director Christopher Wray has assured Americans that the bureau “cannot and do not investigate ideology” and that it respects American’s first amendment rights, the FBI whistleblower Newsweek interviewed says that “people’s associations are, in practice, exactly what drives the FBI’s thinking and its approach to thwarting domestic terrorism.”

Republicans need to "hold hearings outside of every single one of the 56 FBI field offices. Have Americans tell their stories about what this FBI/DOJ is doing to Trump supporters & citizens on the Right. The American people need to hear these horrifying stories." – @julie_kelly2 pic.twitter.com/uSFgppemLW

In a way, this is wholly unsurprising. It seems a day hardly goes by without some new headline appearing that shows a general trend of the FBI working to advance partisan political interests.

The FBI also reportedly met “weekly” with Big Tech platforms to dictate which posts they should censor. The FBI conducted an infamous raid on a pro-life father for protesting outside an abortion clinic in September.

The FBI does itself no favors in fostering an aura of bipartisanship when the violent attacks carried out against pro-life pregnancy centers after the Dobbs decision was leaked receive little to no attention from federal law enforcement.

The FBI, even directed by Trump-appointees, appears to have no problem tipping the scales one way or another for a certain political agenda. Newsweek’s story is but the latest news that shows to what drastic measures the bureau will go to prosecute an entire section of Americans in the name of prosecuting a few violent Trump supporters.