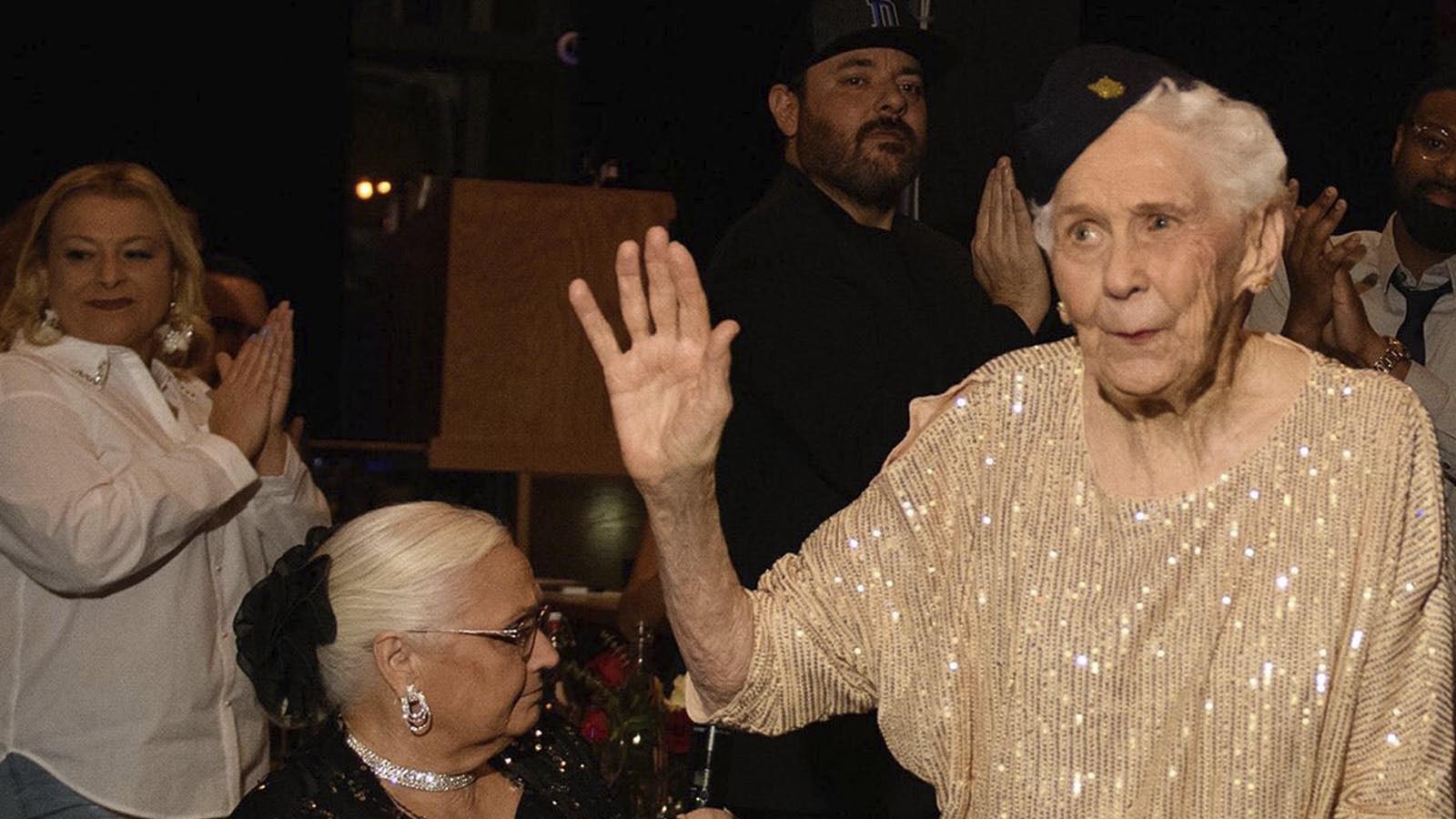 Veteran Gladys Hughes, age 99, has an enduring message for all as the nation celebrates Veterans Day this year and continues to remember all of our military veterans throughout the weekend and every day of the year.

It’s about veterans and their importance to this country.

“The men and women who have served our country are responsible for the many freedoms that we have,” she said.

“In some way, since I was in the military, I know what these veterans have gone through.”

“No, not the war or the fighting — but the mental, physical and emotional strength they have to have to serve our country.”

“The men and women who have served our country are responsible for the many freedoms that we have.”

During World War II, the Coast Guard and the other services “found themselves in great need of more men at sea and more troops on foreign soil,” the Coast Guard explains on its website.

“They acknowledged that filling U.S. shore jobs with women would allow more men to serve elsewhere and hasten the war effort.”

The “SPARs were the answer. These women were under military direction, and they were subject to assignment according to the needs of the service.”

The site also explains, “The jobs they were filling could not have been done by civilians working for the Armed Forces because they were not as mobile and did not fall under military law and discipline.”

Recently, on Oct. 26 in Nashville, Hughes was among those honored during an event at the City Winery, the fourth annual Charlie Daniels Patriot Awards.

The Charlie Daniels Journey Home Project (TCDJHP) — which Hughes has assisted — raised more than half a million dollars for American veterans, according to media materials shared with Fox News Digital.

Hughes felt the “call of duty” at a young age — and left college as a junior to enlist in the U.S. Coast Guard during WWII, serving as a HA1C medic.

“Once again, those who are concerned about the welfare of our returning veterans came to make a difference,” said TCDJHP co-founder and Daniels’ longtime manager David Corlew. “It was a wonderful evening of patriotism, support and caring.”

Gladys Hughes was one of two special guests — both World War II veterans — also honored at the dinner.

Hughes felt the “call of duty” at a young age — and left college as a junior to enlist in the U.S. Coast Guard during WWII, serving as a HA1C medic.

The organization said that “she appreciates beauty at every stage and in every avenue of life, winning 2nd runner-up in the 2012 Ms. Veteran America competition, which works to promote issues of homeless female veterans.”

She was crowned Ms. Mississippi Senior America in 2003 and emphasized the importance of children’s theater, TCDJHP also said.

Lee Greenwood Vlew everyone outta their seats when he surprised everyone at the JHP event wednesday… thanks lee, Great Patriot!! pic.twitter.com/aSEDIdFiIR

Hughes told Fox News Digital, “I have never forgotten that l was in the military. Perhaps I was born patriotic. To this day I am proud to be an American and to have served in the U.S. Coast Guard SPARs.”

She added, “While in the service I learned a great deal. I learned not only a lot about myself, but also about our country and my responsibility to it.”

“To this day I am proud to be an American and to have served in the U.S. Coast Guard SPARs.”

Said she “fulfilled” a career interest “as I worked in the sick bay. I met many people whose friendships have remained through the years. I learned discipline and the necessity of it. I learned respect.”

Hughes said that in the service, “it was instilled in me that I was there ‘to free a man to fight.’ Fighting for our country was what had to be done after Pearl Harbor.”

Of our veterans and of the Veterans Day holiday every year, Hughes said, “Veterans Day is one way to honor and pay respect to all who have served.”

She added, “I was so proud to be part of the Charlie Daniels Patriot Awards event. To know and understand the mission of The Journey Home Project is very important to me.”

She noted that “events and organizations like this are necessary to assist our military brothers and sisters who are hurting and/or are in need.”

She said, “The one question we should ask ourselves is, ‘What can I do to help?’”

Hughes was an award-winning speech and drama teacher in Louisiana when she retired at 65 — and became involved with Final Salute Inc. The group’s mission is to provide suitable housing for homeless women veterans and their children, according to her daughter Bonnie Hughes, who shared an online profile of her mother.