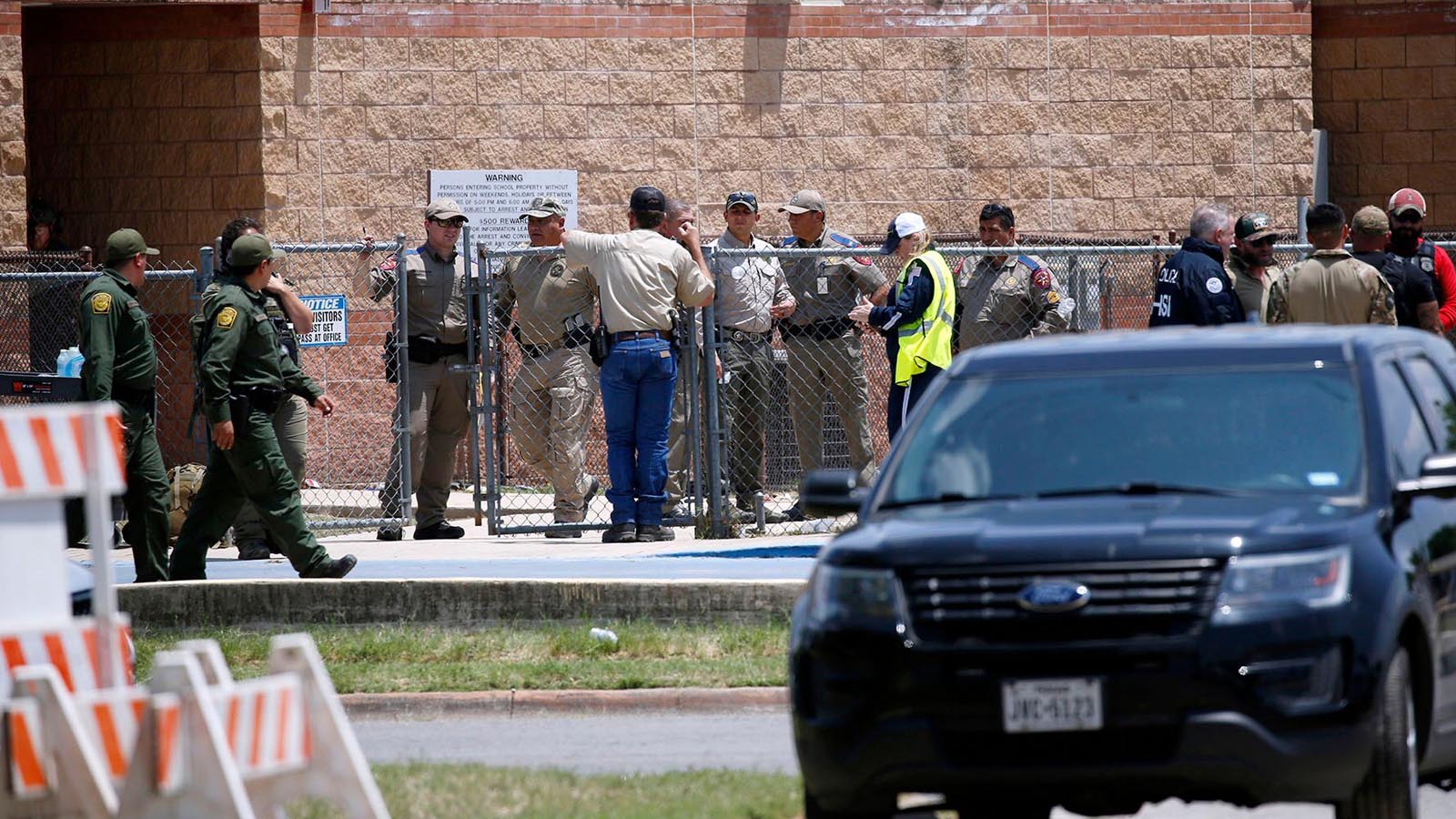 A 77-page report released by the Texas state House of Representatives said there were systemic failures on behalf of the some 400 enforcement officers who responded to the May 24 mass shooting at a school in Uvalde.

“There is no one to whom we can attribute malice or ill motives. Instead, we found systemic failures and egregious poor decision making,” the report said, noting “shortcomings and failures of the Uvalde Consolidated Independent School District [CISD] and of various agencies and officers of law enforcement” and “an overall lackadaisical approach.”

Those claims appear to coincide with statements made by top Texas officials days after the shootings. Texas Department of Public Safety Director Steve McCraw said on May 27 that it was the “wrong decision” not to engage with the shooter, Salvador Ramos.

Meanwhile, surveillance footage from Robb Elementary School released on July 12 shows officers waiting around more than 45 minutes before several officers approached the classroom where Ramos had entered. The officers didn’t enter. It took more than 75 minutes for law enforcement to kill Ramos, 18, after he entered the building.

The report said that law enforcement failed to quickly confront the suspect and instead retreated to safety.

“In this crisis, no responder seized the initiative to establish an incident command post,” it states. “Despite an obvious atmosphere of chaos, the ranking officers of other responding agencies did not approach the Uvalde CISD chief of police or anyone else perceived to be in command to point out the lack of and need for a command post, or to offer that specific assistance.”

Some individual officers acted without instruction to try to reach the shooter and might have been able to do so if they had more backup, according to the paper.

“Given the information known about victims who survived through the time of the breach and who later died on the way to the hospital, it is plausible that some victims could have survived if they had not had to wait 73 additional minutes for rescue,” the report reads.

A force of 376 law enforcement officers responded to the mass shooting, according to the House panel, which said that there wasn’t clear leadership as they responded.

Texas lawmakers on July 17 noted that Ramos was born in Fargo, North Dakota, before he was moved to Texas when he was a child. Ramos also may have been sexually abused as a child, the report states.

Friends of the suspect, including a girlfriend, told investigators that Ramos became increasingly depressed during the COVID-19 pandemic. At one point, Ramos told the girlfriend that he wouldn’t live past age 18.

Ramos in late 2021 also allegedly posted a video of himself holding a dead cat inside a bag. Footage also showed the future school shooter dry firing BB guns at people from a car, according to the report.

In the wake of the shooting, which left 19 students and two teachers dead, congressional lawmakers used the tragedy to pass a gun control bill that included funding to bolster red flag laws and other measures. The bill was signed into law on June 25 by President Joe Biden.