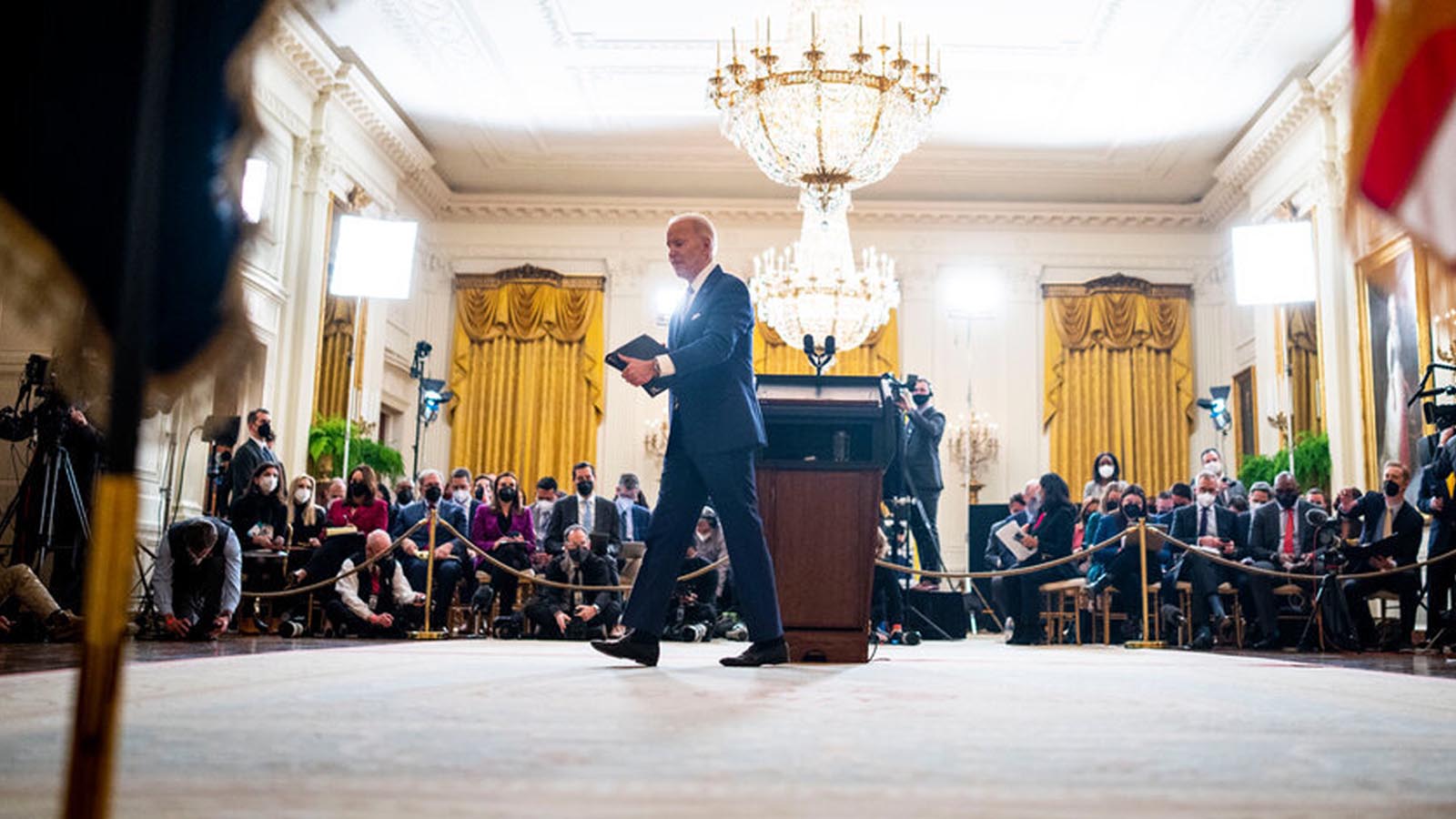 President Joe Biden is trying to manipulate the news media through the administration’s selective access rules for White House events, according to a protest letter made public.

The letter to White House press secretary Karine Jean-Pierre was signed by 68 journalists — many of whom are at odds with each other on a daily basis — including Kaitlan Collins of CNN, Ed O’Keefe of CBS and Jacqui Heinrich of Fox News, according to the New York Post.

During his time in the White House, Biden has often left news conferences while reporters were trying to ask questions, and he has indicated from his comments that he is given a list of people to call on to ask questions, as noted by Fox News.

One of the top grievances listed in the letter was the White House’s method for deciding which reporters have access to specific events.

Jean-Pierre said last month “I actually don’t know” how reporters are selected to attend events. When asked about the selection process last year, then-press secretary Jen Psaki said, “I don’t have any more information on that.”

During past administrations, events in the East Room of the White House or the Eisenhower Executive Office Building were open to all media representatives, according to the Post.

That changed last year, with Biden administration officials blaming the pandemic for limitations that have remained long after most pandemic rules have been lifted.

The White House reporters said in their letter that the time has come to unshackle the media and allow open access.

“The current method of allowing a limited number of reporters into these events is not only restrictive and antithetical to the concept of a free press, but it has been done without any transparent process into how reporters are selected to cover these events,” the letter said.

“The continued inability of the White House to be candid and transparent about the selection process for reporters attending his remarks undermines President Biden’s credibility when he says he is a defender of the First Amendment,” it said.

The letter said that it appears the goal is to shield Biden from reporters who might ask unwelcome questions.

“The incongruity of these restrictions underscores the belief by many reporters that the administration seeks to limit access to the president by anyone outside of the pool, or anyone who might ask a question the administration doesn’t want asked,” the letter said.

“Let us be candid. Our job is not to be liked, nor is it to be concerned about whether or not you like what we ask. Reporters’ ability to question the most powerful man in our government shouldn’t be discretionary,” the letter said.

The letter noted that this is not an issue for which Biden can blame former President Donald Trump.

“The administration’s continued efforts to limit access to the president cannot be defended,” the letter said. “Any notion that space is ‘limited’ is not supported by the fact that every other president before Biden (including Trump) allowed full access to the very same spaces without making us fill out a request form prior to admittance.”

Remember what they did to the guy who went out of his way to answer questions?

In a letter to Psaki in April, left-wing reporter Brian Karem, the author of “Free the Press: The Death of American Journalism and How to Revive It,” said he had no doubt he was targeted for exclusion.

“I’ve been told point-blank that part of the reason for [the] restriction — at least in my case — is because I’m not liked and that I give you all grief,” he said, according to the Post.

“Let me be equally candid. My job is not to be liked, nor is it to be concerned about such things.”