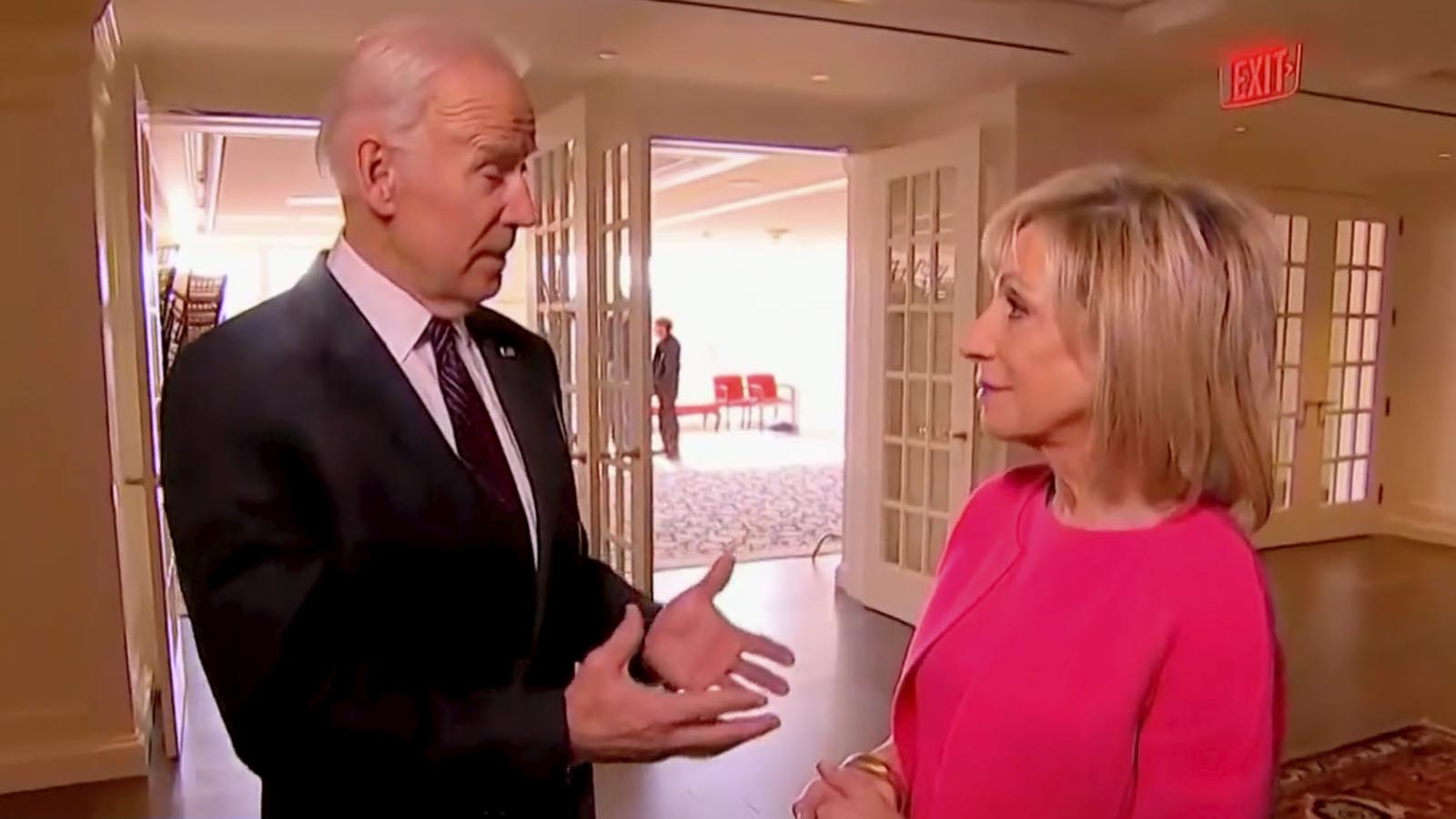 It’s not hard to make Joe Biden look bad — when Joe Biden is around to do it himself.

Amid Tuesday’s furor over news that classified documents had been found in a suite of Washington, D.C., offices Biden used in his post-vice presidency period, damaging video from a 2018 interview resurfaced that shows Biden declaring he had no access to “classified information.”

As it turns out, classified information wasn’t all that far away.

Check out this snippet of Biden’s conversation with MSNBC’s Andrea Mitchell. (And as an aside, note the evident difference between today’s doddering Biden and the man in 2018. He was almost stentorian by comparison.)

In 2018, Joe Biden — while in his private office where classified documents were just found — said “I don’t have access to classified information anymore” pic.twitter.com/NoC9OihcKk

According to a New York Times report published Monday, the documents were found in a locked closet at the Penn Biden Center for Diplomacy and Global Engagement, a University of Pennsylvania think tank established in Washington and named for Biden that opened in February 2018.

Lo and behold, it was in that selfsame month and year, and in the selfsame suite of offices, that Biden was interviewed by Mitchell and stated in no uncertain terms that “I don’t have access to classified materials anymore.”

How the world might have been different if an aide nearby had said something along the lines of, “Sure you do, Mr. Vice President. Right over there.”

Naturally, the Biden-backing Times, along with the rest of the establishment media, are taking pains to point out that there’s a huuuge difference between the appearance of classified documents Biden himself admitted he had no business having and the classified documents at the home of former President Donald Trump.

Remember, that was the home that was raided by Biden’s FBI on Aug. 8, because a former president in possession of classified documents is such a clear and present danger to the republic that it requires a squad of armed men to take over his home while he is away and cart away possessions (after pawing through his wife’s underwear).

Biden had only a “small number” of documents, according to reports. He “had neither been notified that he had official records nor been asked to return them, the White House said,” according to the Times. And Biden is “unaware of their contents,” according to CBS News, which first reported the story.

But one big difference the establishment media won’t point out is that, as president, Trump had the power to declassify any material he wanted. Biden didn’t wield that authority until he was inaugurated in January 2021 — three years after the interview with Mitchell. Trump has said he declassified the documents at Mar-a-Lago but has produced no documentation to back that up.

Another point that the establishment media likely won’t stress is that the Biden White House was — allegedly — first informed of the documents’ presence in the president’s old offices on Nov. 2.

That’s an important date because it was less than a week before the Nov. 8 midterms. If the American people had known that Biden was guilty — to one degree or another — of precisely the kind of offense that supposedly justified sending a troop of FBI agents into a political rival’s home, they might have decided that Democrats really are as totalitarian as they look.

It was also two weeks before Attorney General Merrick Garland — who had approved the Mar-a-Lago raid — appointed a special counsel to oversee the investigation into the Trump documents.

“Today, I signed an order appointing Jack Smith to serve as special counsel. The order authorizes him to continue the ongoing investigation … and to prosecute any federal crimes that may arise from those investigations,” Garland said then.

It’s an interesting question whether Garland was aware at the time of the documents that had been found in Biden’s old office. If he wasn’t, surely Biden and his team were, which might have given some of them pause when Garland used the words “prosecute any federal crimes that may arise.”

For her part, Mitchell chimed in Tuesday with a Twitter post that would have done any Soviet apparatchik proud for its party-line loyalty.

I interviewed Joe Biden in his office at the Penn Biden Center where his lawyers say they found a small number of classified documents. As far as we know very different from Trump hiding and withholding 100’s of documents despite requests and subpoenas but GOP is pouncing pic.twitter.com/PIYRpCBUwO

See, she confirmed that the Biden documents had been found in the same spot where the president had told her to her face that he had no access to classified documents. Yet she insisted that it was all “as far as we know very different” from what Trump did.

But, naturally, “GOP is pouncing” — a phrase so hackneyed in American political reporting that it’s almost a deliberate insult to readers’ intelligence to use it.

Well, one key difference “as far as we know” is that Trump had the authority as president to declassify any documents he saw fit. Whether that exonerates him from any wrongdoing in the Mar-a-Lago affair remains to be seen.

What doesn’t remain to be seen is that Biden, in the Year of Our Lord 2018, had never had such authority.

Beyond that certain knowledge, the questions of why classified documents traveled from Biden’s vice presidential offices to offices a mile away, when that happened, and why they were never returned remain unanswered.

Sure, it could be sloppiness and ineptitude on the part of Biden and his staff; heaven knows the country has seen enough over the past two years to believe that. (Just look at his disaster of a transportation secretary in a country plagued by supply chain problems.)

But it could be something else entirely. Without knowing what the documents contain, it’s tough to say, but it’s not at all hard to imagine something damning — say, intelligence information on Chinese espionage networks in the United States. (That’s the kind of thing Chinese business partners of Hunter Biden and “the big guy” would eat up, after all.)

Regardless, Americans can count on their legacy media outlets to do their best to obfuscate reality if it appears to be causing too much damage to the leftist cause.