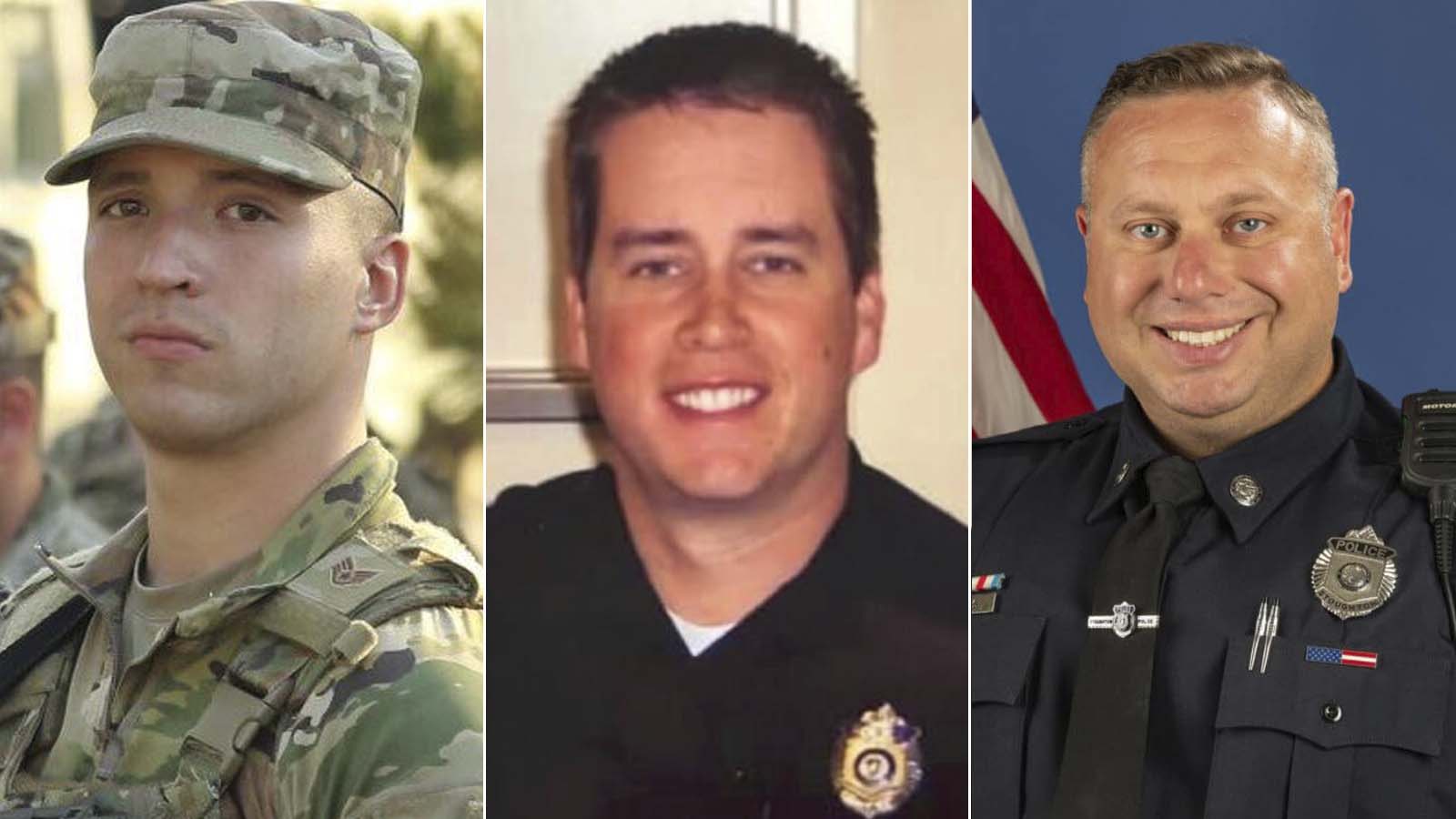 One of the officers, 25-year-old Officer John F. Santos of the Plymouth County Sheriff’s Department, was slated to become part of the Massachusetts State Police 88th Recruit Training Troop, according to the report.

“He would have undoubtedly served a long and distinguished career with this department,” the MSP said.

“Unfortunately John unexpectedly … succumbed to a medical emergency while working out in the gym at just 25 years young,” friends wrote in a GoFundMe appeal.

The friends, Patrick Freire and Nick Kennedy, said Santos was also a veteran who had served overseas and had a fiancee who was pregnant with the couple’s first child.

“John was a family man who would always speak highly of his girlfriend Hannah and how much he loved her, as well as how excited they were to be ‘soon to be parents,’” according to the fundraising appeal. The week-old appeal had raised over $48,000 toward a $50,000 goal by late Thursday.

Officer Sean Besarick, 48, of the Brockton Poice department, died suddenly on Dec. 29, according to the MSP post.

Besarick had been a police officer with the department for 24 years. Besarick was married and had two daughters, according to the report.

He served in the Navy from 1993-1997 before joining the police department, earning multiple Bronze Star medals, according to his obituary.

“Sean’s greatest love, passion, and purpose was being a Dad and spending time with his daughters,” according to the obituary. “Sean was always there for his girls whether it was playing a chauffeur, helping with schoolwork, or just relaxing for ‘movie night.’ Sean could easily be spotted in the audience for countless hours at all the dance recitals, and competitions his girls participated in. Sean never hesitated to take the stage for his precious daddy-daughter dances.”

On Saturday, Officer Christopher Davis, 42, of the Stoughton Police Department, also died suddenly, according to the MSP report. He was off-duty at the time.

Davis had been discovered unresponsive in his Brockton home at approximately 9:45 p.m. on Saturday, according to WHDH-TV in Boston.

He was later pronounced dead at Good Samaritan Medical Center in Boston, according to WFXT-TV.

During his 17 years with the department, Davis had served on the Special Operations Unit and was also a defensive tactics instructor and a certified arson investigator. “He had been awarded numerous commendations from the department, including a Distinguished Service Award in 2012,” WFTX reported.

Davis “proudly served his country in the U.S. Air Force Security Forces in Iraq,” according to his obituary, which added, “Despite the busy schedule of public service, Chris always found time for his family and friends.”