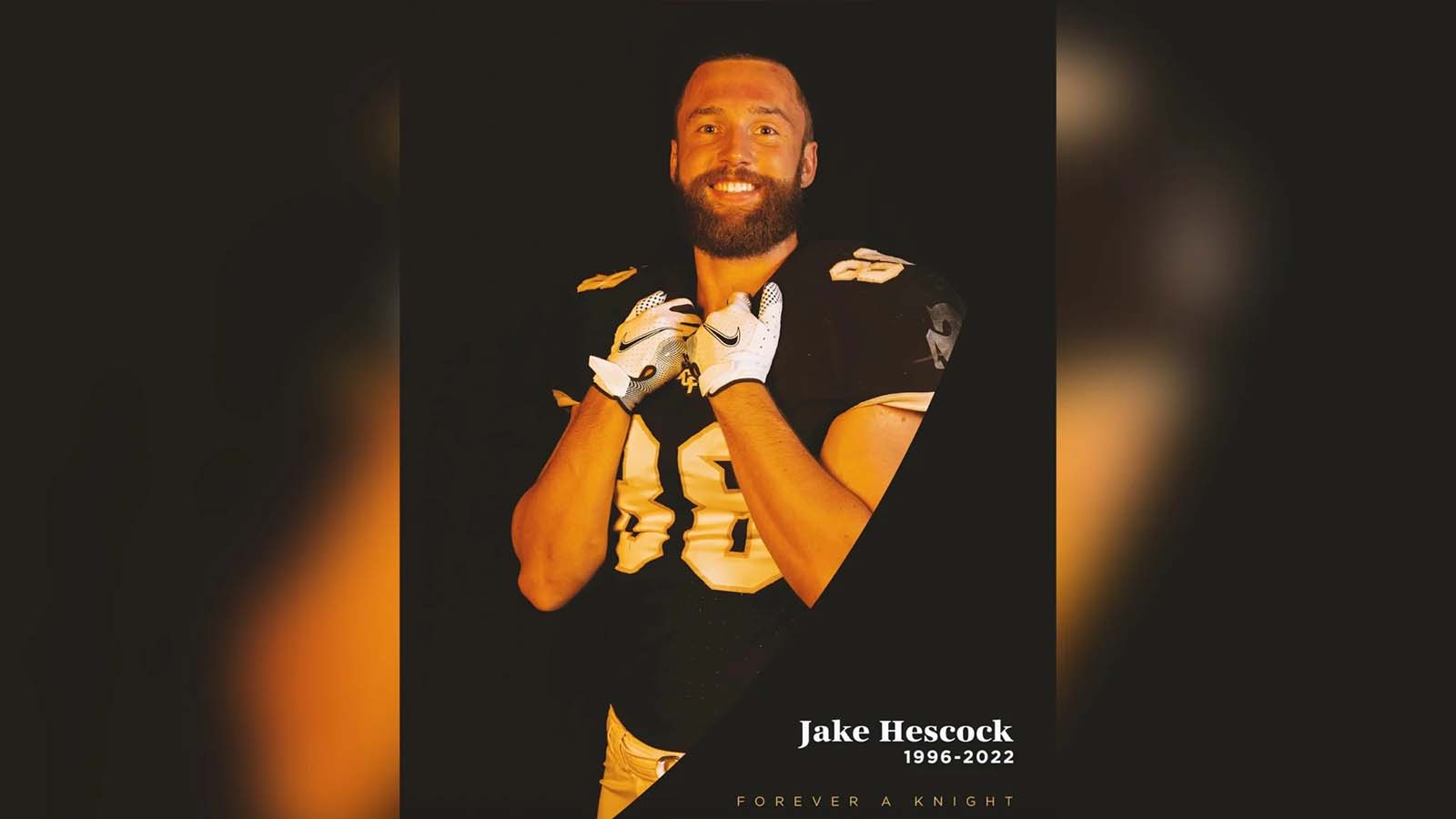 Hescock, 25, collapsed while jogging in Boston last week, his cousin Lisa Walz Mlynarczyk wrote on a Facebook group dedicated to him.

According to reports, Hescock suffered from cardiac arrest.

“He was given CPR and has been on life support ever since. We were told last night that the damage to his brain from the lack of oxygen is severe,” she wrote.

A passerby found him and provided CPR, and was taken to the hospital.

“A Good Samaritan found him and gave him CPR. He suffered cardiac arrest. He is intubated in ICU. The next 48 to 72 hours are critical [because] they don’t know how long he was not breathing until he was found.”

On Friday, Jake’s mother, Carey Hescock, provided an update on his son.

“Jake currently remains in critical condition,” said Carey. “He remains on a ventilator that is currently breathing for him. He is on a machine that is taking the blood out of his body, oxygenating it and giving it back today. We are hoping for that to be able to be turned off today or tomorrow.”

“His heart function is having small improvements but continues to be much lower than it should be. Our main focus at the moment is at his neurological status. He is sedated, so they are keeping him asleep to allow his body to heel. When the sedation is off we are hoping to see improvements, so far they are minimal but encouraging,” she continued.

On Sunday, Jake’s cousin Lisa provided another update and announced that Jake had passed away.

“It is with a heavy heart that I have to say my cousin Jake has passed on, may he Rest in Peace and forever shine his bright soul down upon us, I’m sure Papa was there waiting for you with open arms….. forever you will be, Lil Jakers! Thank you everyone for your prayers during this difficult time,” she wrote.

UCF Football released a statement stating Jake will be missed by the Knight Nation.

“We are devastated to hear of the passing of Jake Hescock. He was beloved by everyone within Knight Nation. Our deepest condolences go out to everyone who knew Jake. He was taken too soon and will be greatly missed.”

Coach Gus Malzahn honored Hescock on Twitter, saying, “we’re heartbroken to hear of Jake’s passing. He was an incredible person, who embodied what it means to be a UCF Knight. Everyone who knew Jake loved him and he was a blessing to coach.He will be greatly missed. Kristi and I’s prayers are with his whole family.”

We’re heartbroken to hear of Jake’s passing. He was an incredible person, who embodied what it means to be a UCF Knight. Everyone who knew Jake loved him and he was a blessing to coach.He will be greatly missed. Kristi and I’s prayers are with his whole family. pic.twitter.com/xaCUlpitbC