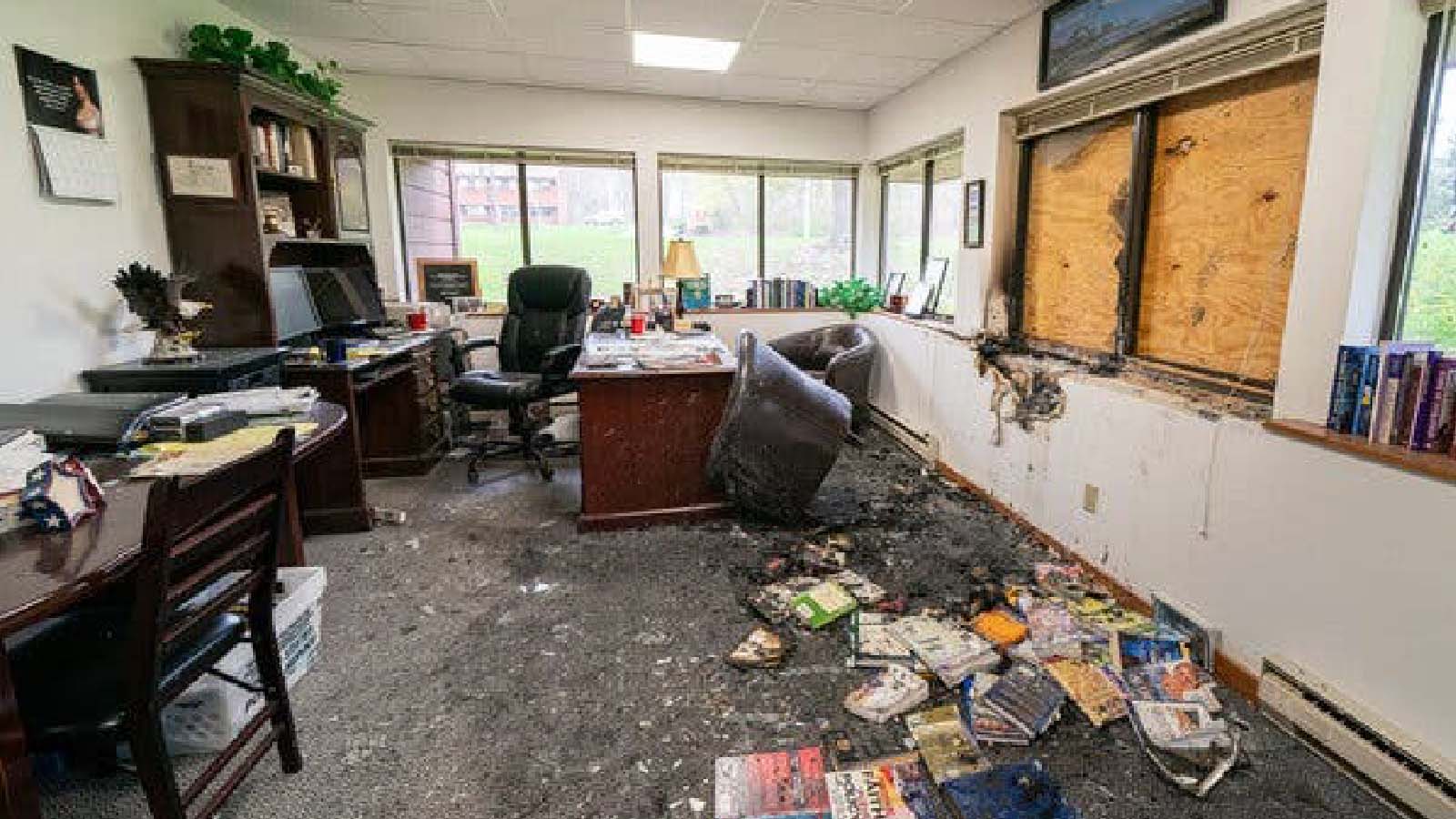 At least 23 pro-life organizations have reportedly been vandalized in recent weeks.

The pro-life organizations have been either firebombed or vandalized by radical pro-abortion activists, according to Catholic Vote:

The attacks follow a leaked Supreme Court decision that revealed Roe v. Wade may be overturned this month. If overturned, abortion would no longer be protected by the federal government but would still be legal in many states.

Though President Biden campaigned on unity, Biden has not condemned a single one of the attacks, the RNC reported on Monday. Moreover, many establishment television networks refuse to cover the extremism:

Pregnancy centers are being attacked by violent pro-abortion terrorists.

ABC, CBS, and NBC refuse to cover it. https://t.co/n0jrm8vGWu

Many of the attacks have been brutal and vulgar in nature. “If abortions aren’t safe then you aren’t either,” vandals wrote on a Wisconsin Family Action facility.

In Oregon, Gresham Pregnancy Resource Center was reportedly firebombed on Saturday. Images show a burned-out shell inside the center’s facility, according to Life News.

The attack followed firebombings of pro-life groups and pregnancy centers in Wisconsin, Oregon, and New York.

Schumer stated that Justices Neil Gorsuch and Brett Kavanaugh will “pay the price” for overturning Roe v. Wade. “You won’t know what hit you if you go forward with these awful decisions,” he said.

To my friends in the LGBTQ+ community—the Supreme Court is coming for us next. This moment has to be a call to arms.

Chuck Schumer called for this violence. The armed lunatic who showed up at Justice Brett Kavanaugh’s home was simply following orders. Justice cannot be served under the threat of mob violence. https://t.co/cZ3OE4QbFh pic.twitter.com/FDLbzdXdBW

Soon after the political statements using violent rhetoric, a rash of extremism broke out.

Last week, a suspect was arrested and charged with an assassination attempt against Kavanaugh. On Thursday, Arizona Senate candidate Blake Masters witnessed a man with a Black Lives Matter t-shirt allegedly attacking a woman by hitting her in the jaw. On May 4, a Catholic parish in Denver, Colorado, was vandalized “with smashed windows and spray-painted pro-abortion messages,” the Washington Times reported.