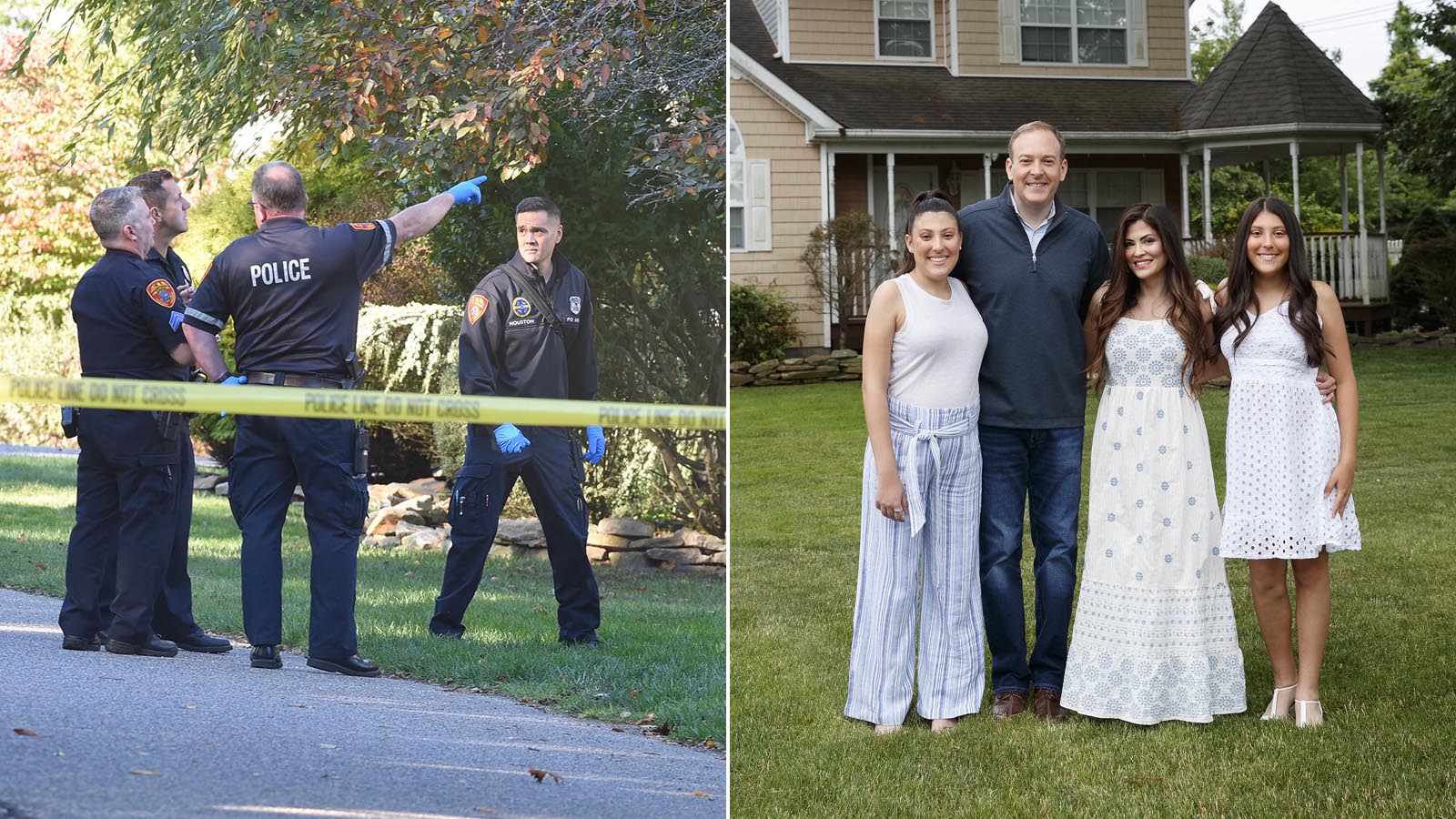 Two people were shot outside the Long Island home of GOP gubernatorial candidate Rep. Lee Zeldin on Sunday while his teenage twin daughters were at home, he confirmed to The Post.

“My daughters Mikayla and Arianna were doing homework on the first floor,” said Zeldin, who was not home at the time. “They heard the shots. Boom! They went upstairs and locked themselves in the bathroom.

“They’re freaked out,” the congressman said.

The Suffolk County pol, who is running on a tough-on-crime platform, said the two people who were shot were taken to Long Island Community Hospital.

He said his front porch, where he was interviewed by The Post on Saturday, “is now part of the crime scene.

“The local police have cordoned off the area,” he said.

“One of the bullets was found 30 feet from where my daughters were doing their homework,” he added.

The Suffolk County Police Department said in a statement that detectives were investigating the shooting, and confirmed that two people were hospitalized “for treatment of their injuries.”

Zeldin said he and his wife, Diana, had just left the house to attend a Columbus Day Parade in the Morris Park neighborhood in the Bronx.

“Crime is out of control,” he said in a statement. “Like so many New Yorkers, crime literally made its way to our front doorstep.

He said he didn’t know who the two men were nor what motivated the shooting.

“Law enforcement is currently at our house,” the statement said. “My entire family is at home working with the investigators and providing the security footage from our home cameras.

“My daughters are shaken but ok,” he said. “My family is grateful to all who have reached out and we will provide another update when we can.”

A law enforcement source said that while the shooting took place in front of Zeldin’s home in Shirley, it had “nothing to do with him.”

“Just happens to be irony,” the source told The Post, noting the investigation was still active.

Sources said one of the victims was shot in the chest, while the other was grazed. One of victims jumped over the congressman’s fence and knocked over a “Zeldin for governor” sign, and that there blood all over the property.

Detectives are investigating the shooting as gang-related, according to the source, and were looking for the gunman or gunmen.

The 46-year-old pol has served the 1st congressional district in the House of Representatives since 2015.

Recent polls have Zeldin neck-and-neck with Hochul. The Republican challenger has gained ground in recent weeks by tapping into voters’ concern over crime and high taxes.

“New Yorkers throughout the state are sick and tired of the attacks on our wallets, safety, freedom and kids’ education,” Zeldin said last week. “Crime Wave Kathy is driving New York right off a cliff.”

Zeldin has particularly harped on the state’s 2019 criminal justice reforms that prohibit judges from setting bail on misdemeanors and some felonies, laws that critics blame for higher crime.

He has repeatedly called for lawmakers in the Democratic-led legislature in Albany to repeal the measures.