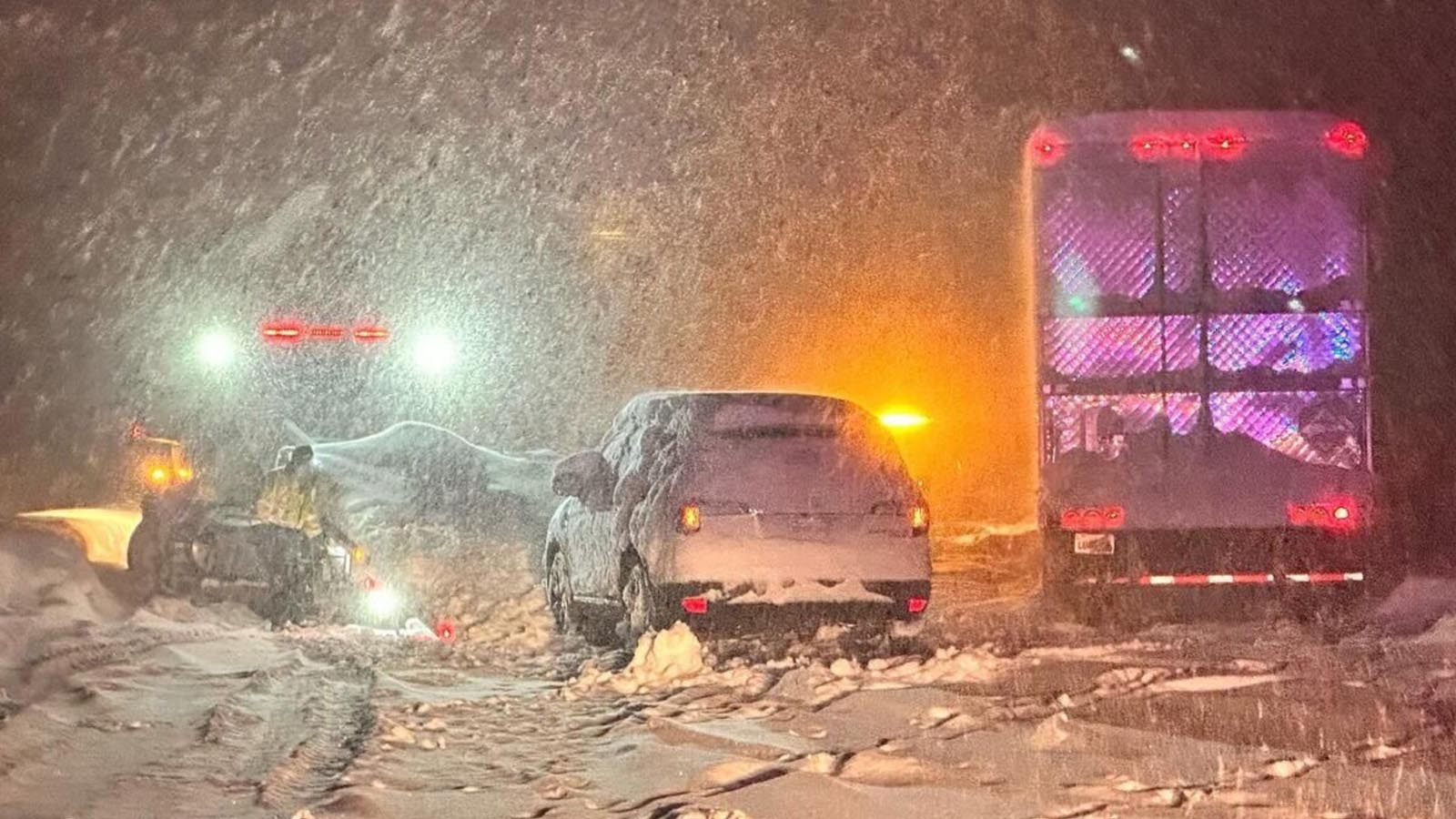 Two people have died and nearly 200,000 homes and businesses in Sacramento, California were without power on New Year’s Eve after a powerful storm bought flash flooding, mudslides, and winds of up to 60 mph.

According to local reports, one person was found dead in a submerged vehicle in south Sacramento in the area of Highway 99 on Sunday morning after two levees along the Cosumnes River broke overnight, flooding roads, homes, and part of the highway.

The Cosumnes Fire Department confirmed to CBS13 that a department helicopter discovered the vehicle submerged near the highway at around 10 a.m. on Sunday.

“Our understanding is the vehicle was washed off the roadway sometime in the night, and it appears the person never exited the vehicle,” said Cosumnes Deputy Fire Chief Dan Quiggle in a statement to local radio.

No further details were provided. The highway has since been reopened after being temporarily closed while the water receded, according to officials.

A second individual, a 72-year-old, died after being struck by a fallen tree at a Santa Cruz park, according to officials.

Paramedics arrived at the scene at around 1:30 p.m. after receiving a call from another person in the area. The individual, whose name and gender were not provided, was pronounced dead at the scene, officials said, according to local reports.

Elsewhere, the Sacramento Municipal Utility District reported that over 165,000 customers were without power as of 10 p.m. on Saturday. That figure dropped to 38,000 homes and businesses without power by 11 a.m. Sunday.

As of 01:32 a.m. Monday morning, there are a total of 359 active outages affecting 9,127 customers, according to the utility company’s website.

Pacific Gas and Electric Co. warned that continued flooding and road closures were hindering work to inspect and fix outages.

“Santa Cruz County has been hit particularly hard—and with safety for all as our highest priority—PG&E stood down some operations and pulled crews out of the Santa Cruz mountains on Saturday as a result of dangerous conditions, delaying restoration efforts in some portions of that area,” the company said on Saturday.

Crews have since returned to Santa Cruz and are working to restore power, the company said.

Sacramento County declared a state of emergency on Saturday evening amid an atmospheric weather event—which carries moisture for thousands of miles—that it said had brought with it “significant transportation impacts, rising creek and river levels, and flooding in Wilton,” where residents were ordered to shelter in place.

Flash flooding warnings were extended on Sunday after the storm wreaked havoc, downing trees and power lines and stranding vehicles.

In the Point Pleasant, Glanville Tract, and Franklin Pond areas, residents were issued an evacuation alert and told to leave before rising water levels made doing so impossible.

“It is expected that the flooding from the Cosumnes River and the Mokelumne River is moving southwest toward I-5 and could reach these areas in the middle of the night,” the Sacramento County Office of Emergency Services said earlier on Sunday afternoon. “Livestock in the affected areas should be moved to higher ground.”

That was later upgraded to an evacuation order for Point Pleasant as officials warned that flooding was imminent.

According to the Los Angeles Times, the city of Oakland also suffered its rainiest day since 1970 on Saturday with 4.75 inches of rain, while a mudslide in the east of the city prompted by the heavy rains blocked part of Highway 580.

San Francisco also suffered its wettest day in over 170 years, according to the publication.

The National Weather Service expects the storm to move into the Central U.S. on Monday, producing snow over the Sierra Nevada mountains, the Rockies, and the Northern Plains, before eventually pushing into parts of the Midwest.