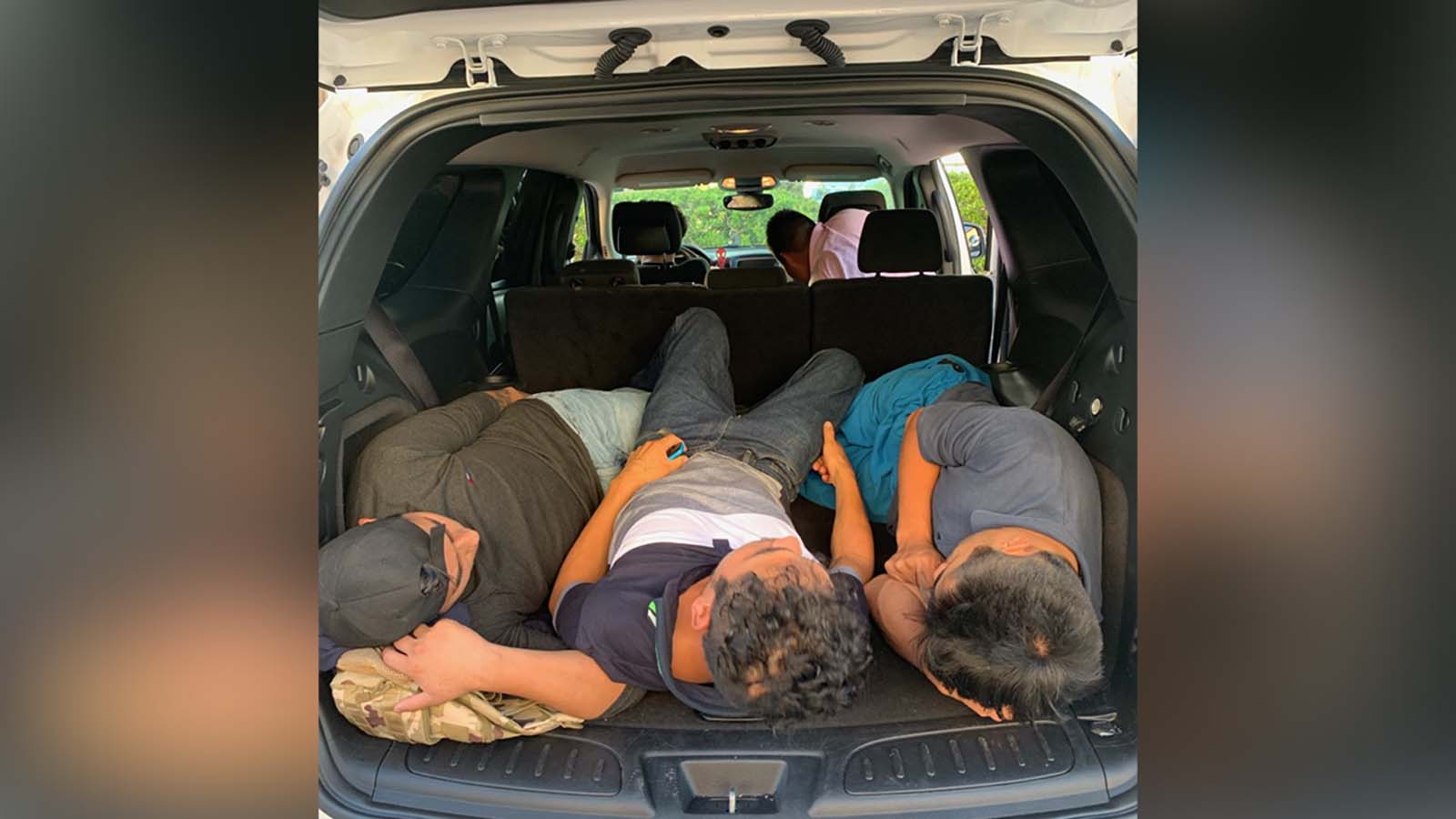 The Texas Department of Public Safety announced the apprehension of 19 illegal immigrants located in human smuggling attempts and a stash house near the Southern Border.

The DPS Criminal Investigations Division received assistance from the Texas Highway Patrol and U.S. Border Patrol to stop the immigrants in Webb County.

Three vehicles containing 15 illegal immigrants were pulled over shortly after 5 p.m. on Thursday.

Agents had noticed suspicious activity between two vehicles in a parking lot in Laredo.

One of the vehicles, a Chevrolet SUV, was stopped and agents located four illegal immigrants in the rear cargo area.

The second vehicle, a Dodge SUV, was stopped near a hotel. Seven illegal immigrants were found inside the vehicle.

A third vehicle was then seen leaving a suspected stash house, leading to a pursuit from DPS troopers. The vehicle was eventually stopped, and four illegal immigrants were found inside.

A total of 19 illegal immigrants from Mexico, El Salvador and Guatemala were apprehended in the four incidents. They have been referred to U.S. Border Patrol.

The drivers of the Chevrolet and Dodge vehicles, Merced Aguilar and Kilmar Alexander Garcia Portillo, were arrested for human smuggling.