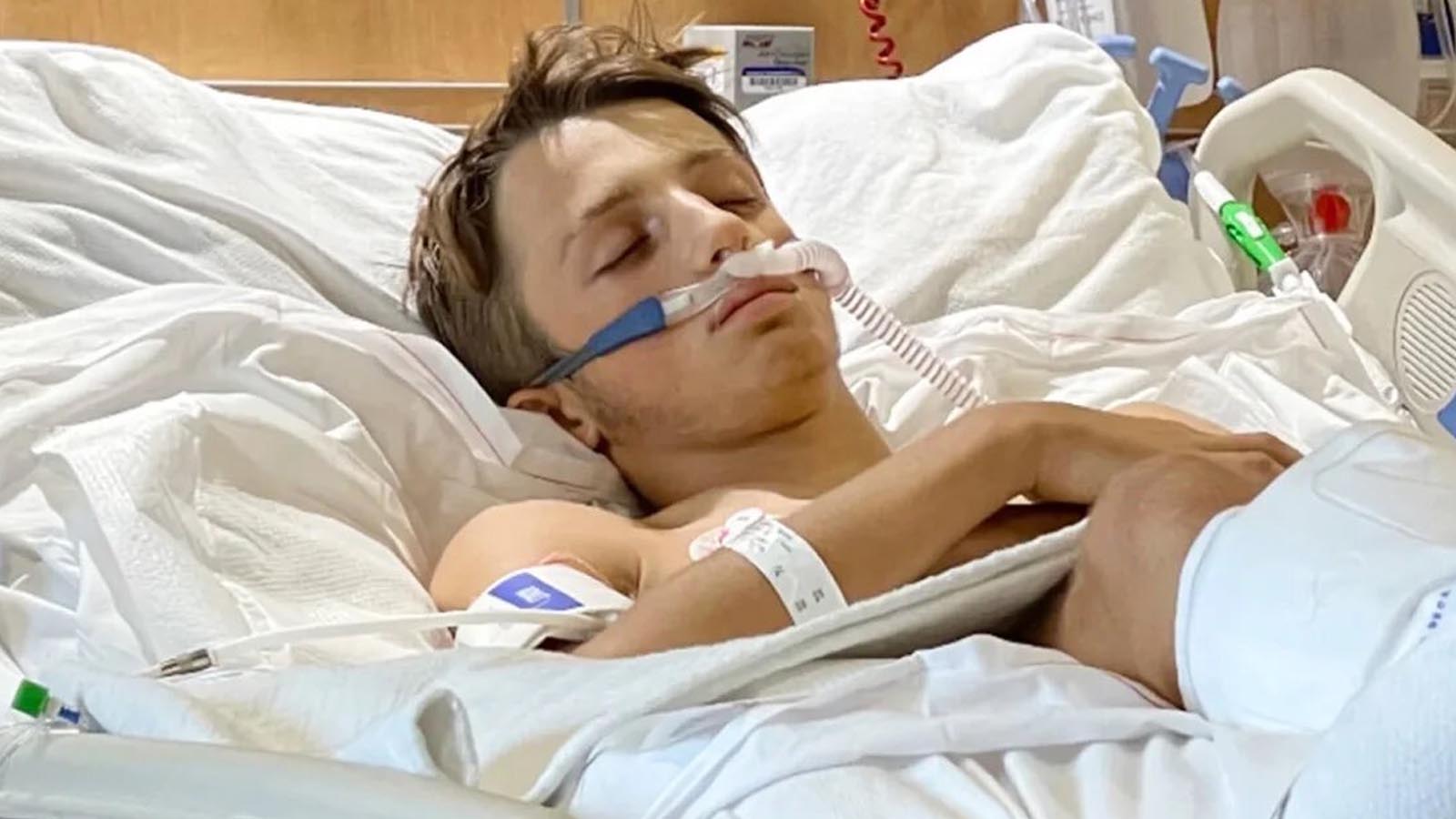 When teen tennis player Drew Strasser collapsed during practice at his Indiana high school last month, his coach and teammate heroically rushed to his side to deliver life-saving aid.

The 18-year-old tennis player had just finished his warm-up laps when he suddenly slumped down by a wall and went unconscious during his Aug. 5 practice session in Rochester, Indiana, according to TODAY.

“I never would have thought it would be my kid,” mother Laneia Strasser, 38, told TODAY. “His friend, his 18-year-old teammate who works as a lifeguard — luckily he handled the situation right. Nobody knows how you’re going to react to a situation like that, and he did what he needed to do.”

A tennis player Drew Strasser 18 yrs old from Rochester, Indiana, suffered a cardiac arrest right after he finished his warm-up laps. A friend and teammate, rushed to his aid and began CPR as coach Jesse Atkinson went to grab an automated external defibrillator & saved his life. pic.twitter.com/jkMYL2ZLvl

Several lucky strokes fell on Drew’s side that fateful morning. Firstly, the gym was full of people, at least some of whom might be able to lend assistance. Secondly, the gym was equipped with an AED. On the other hand, if Drew had collapsed out on the tennis courts where he was soon headed, there are no defibrillators there, so his situation would have been so much worse had it happened out there.

Sadly, a growing number of other teen athletes have not been so lucky. Early in September, a teen golfer died in Florida from “unknown causes” while practicing for a tournament.

In another case, a 16-year-old Massachusetts boy was found unresponsive in his home on Sept. 17. He was unable to be revived.

And this month, a 17-year-old softball star from California collapsed and died during a gathering with her friends.

Most importantly for Drew’s ultimate survival was fellow student Jacob Freeman, the teen who performed the all-important CPR, had been trained in the procedure for his job as a lifeguard, according to WROI.

Drew’s parents were utterly shocked when the police department called them to tell them that their son had become unconscious at school.

“They told us, ‘No he didn’t have a heart attack. It was that he was in sudden cardiac arrest,’” Laneia explained to TODAY. “It was very traumatic. Scary, scary, scary morning.”

Laneia added that they couldn’t imagine how their son had this sudden heart problem since his sports health exams never revealed even a hint of such a problem.

Even with the live-saving actions by Freeman and the coach, Drew was not out of the woods immediately. After being transferred to Riley Hospital for Children in Indianapolis and placed in the cardiac unit, Drew’s condition briefly worsened when he developed a lung infection, and his blood pressure plummeted.

Once he finally began to rally and was taken off the ventilator, Drew was disoriented and could not believe he had a heart problem.

“I didn’t believe what was going on because I hadn’t thought anything was wrong before, and I’ve never had anything like this happen at all,” Drew told TODAY. “It’s scary and confusing.”

While he will have to ease back into his normal life, doctors said that Drew will likely get back to full strength. They did give him an implantable cardioverter-defibrillator (ICD) just as a precaution in case the incident recurs.

However, the doctors were ultimately unable to discover why Drew had the cardiac arrest incident in the first place and don’t know if he is susceptible to future issues.

For his heroism, Freeman was recognized by Rochester Mayor Ted Denton who awarded the teen with the City of Rochester Commendation Award in a Thursday ceremony, WROI reported.

The Strassers were lucky. A bereaved mom in Italy was left demanding an autopsy to find out what killed her 18-year-old son, after he died “suddenly” at a local hospital.

Then, early last month, 17-year-old Ali Muhammad unexpectedly died in his sleep. He was a senior at Rahway High School in central New Jersey, where he served as the backup center on the football team.

Drew can count his lucky stars that his health crisis occurred when there were so many people around him that knew how to respond in such a situation.