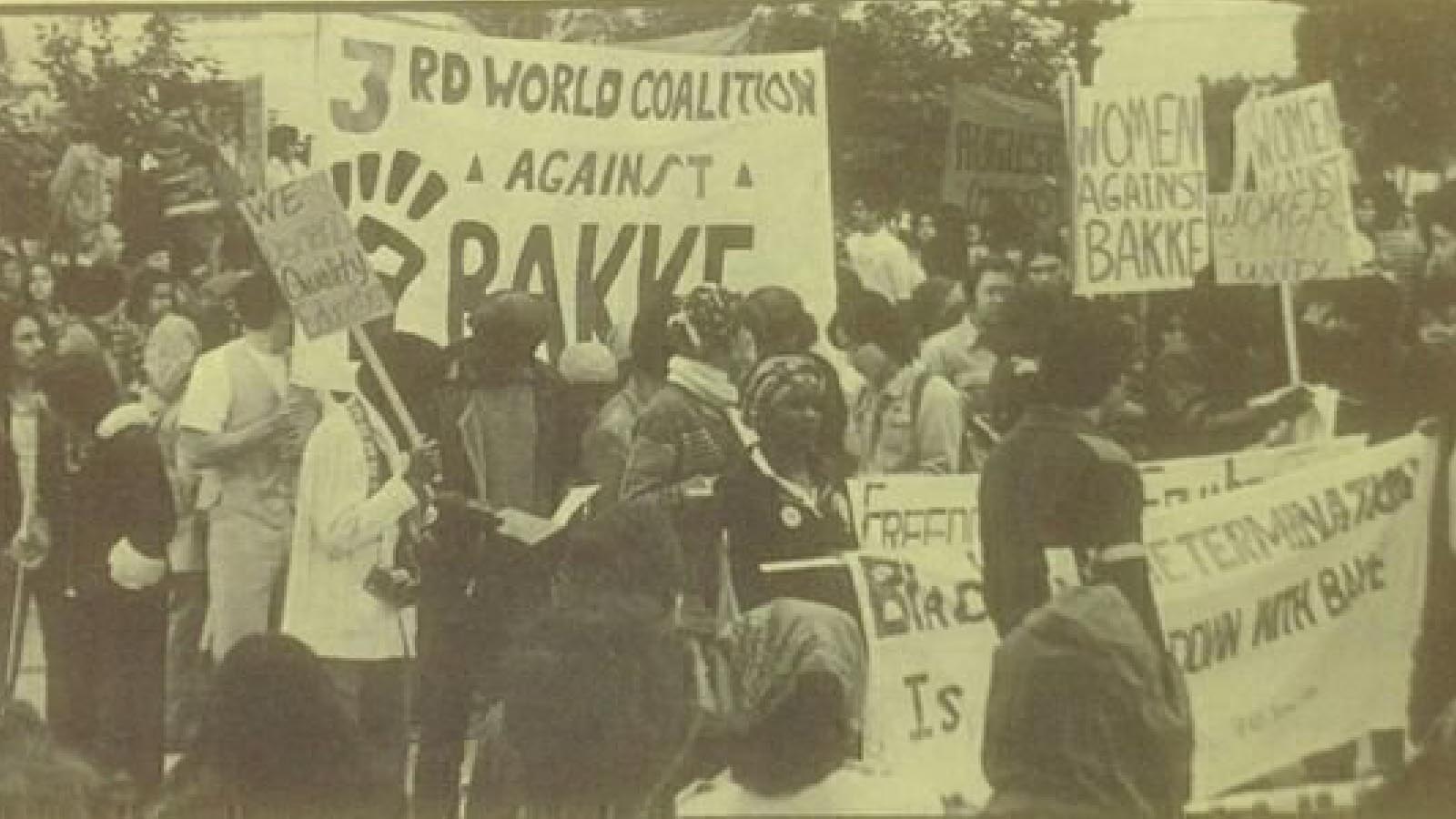 On June 26, 1978, the Supreme Court ruled in Regents of the University of California v. Bakke. The fractured Court came to a mixed decision on the issue of racial preferences in university admissions, laying the groundwork for educational standards that still exist today.

The Bakke story stretches back to Brown v. Board of Education (1954) and the Civil Rights Act of 1964, which continued the process of desegregating schools and outlawed discrimination on the basis of race. Although Congress officially ended segregation, there was a reluctance to actually integrate schools, and a disparity in college-preparedness remained between races.

Thus, colleges like the University of California, Davis School of Medicine adopted policies of racial favoritism, policies designed to compensate for unfair disadvantages. Specifically, the school established a program to designate 16 of the 100 spots in each class for minority students.

Allan Bakke, a white male in his thirties, twice applied for admission at the school but was rejected, partially because of his advanced age. Bakke’s interviewer considered him “a very desirable candidate”; his GPA was comparable to other admittees and his MCAT scores were all significantly greater. Compared to the special admittees of UC Davis’s affirmative action program, he beat every student in every metric in both of his application classes.

Bakke, exasperated by the rejections, filed suit, contending that the University of California violated the equal protection guarantee of the 14th Amendment and the Civil Rights Act. Ironically, he argued, a law that was passed to promote equality was being employed for the opposite purpose.

The case rose through federal courts to reach the Supreme Court of California, which struck down the admissions policy and ordered Bakke’s admission. Shocked at the surprising judgment from a traditionally liberal court, the frustrated university requested a stay of admission. Shortly thereafter, the U.S. Supreme Court accepted the case for its October 1977 term.

National interest in the case was enormous—58 amicus briefs were filed, setting a Court record until 1989, and reflecting the many and diverse arguments on the issue.

Ultimately, the Court was mixed in its decision: six different Justices wrote opinions on the case, with Justice Lewis Powell writing the controlling opinion and virtually splitting his vote between two groups of four Justices.

Affirming the lower court, Powell and four of his colleagues determined that specific racial quotas in university admissions are unconstitutional. In Powell’s words, “The fatal flaw in … [UC’s] preferential program is its disregard of individual rights as guaranteed by the Fourteenth Amendment.”

The majority argued that, by explicitly differentiating racial groups for consideration, the university violated the Constitution’s guarantee of equal protection under the law. It was unfair, they said, that minorities were eligible for 100 spots in the class when whites could only vie for 84. Thus, the Court struck down racial quotas and ordered Bakke admitted.

Yet Powell also joined the remaining four Justices in affirming the legality of a program that considered racial background as one of many holistic factors in admissions decision. In his view, such a policy did not specifically exclude anyone from admission.

Discussing a Harvard race-awareness program, Powell argued that even though “race or ethnic background may be deemed a ‘plus’ in a particular applicant’s file … it does not insulate the individual from comparison with all other candidates for the available seats.” With each applicant considered for an array of qualities, someone like Bakke would not be “foreclosed from all consideration from [a] seat simply because he was not the right color or had the wrong surname.”

Twenty-five years later, in the landmark case of Grutter v. Bollinger (2003), the Supreme Court affirmed its decision in Bakke by ruling that the University of Michigan Law School’s race-conscious admissions policy was constitutional because it did not involve the use of explicit quotas. But Bakke remains fundamental precedent on affirmative action.

Most recently, in June 2016 the Supreme Court affirmed, in a 4-3 decision written by Justice Anthony Kennedy, a lower court ruling that allowed the University of Texas to use a race-conscious admissions policy under the 14th Amendment’s Equal Protection Clause.

“The Court’s affirmance of the University’s admissions policy today does not necessarily mean the University may rely on that same policy without refinement. It is the University’s ongoing obligation to engage in constant deliberation and continued reflection regarding its admission policies,” Kennedy wrote in Fisher v. University of Texas.