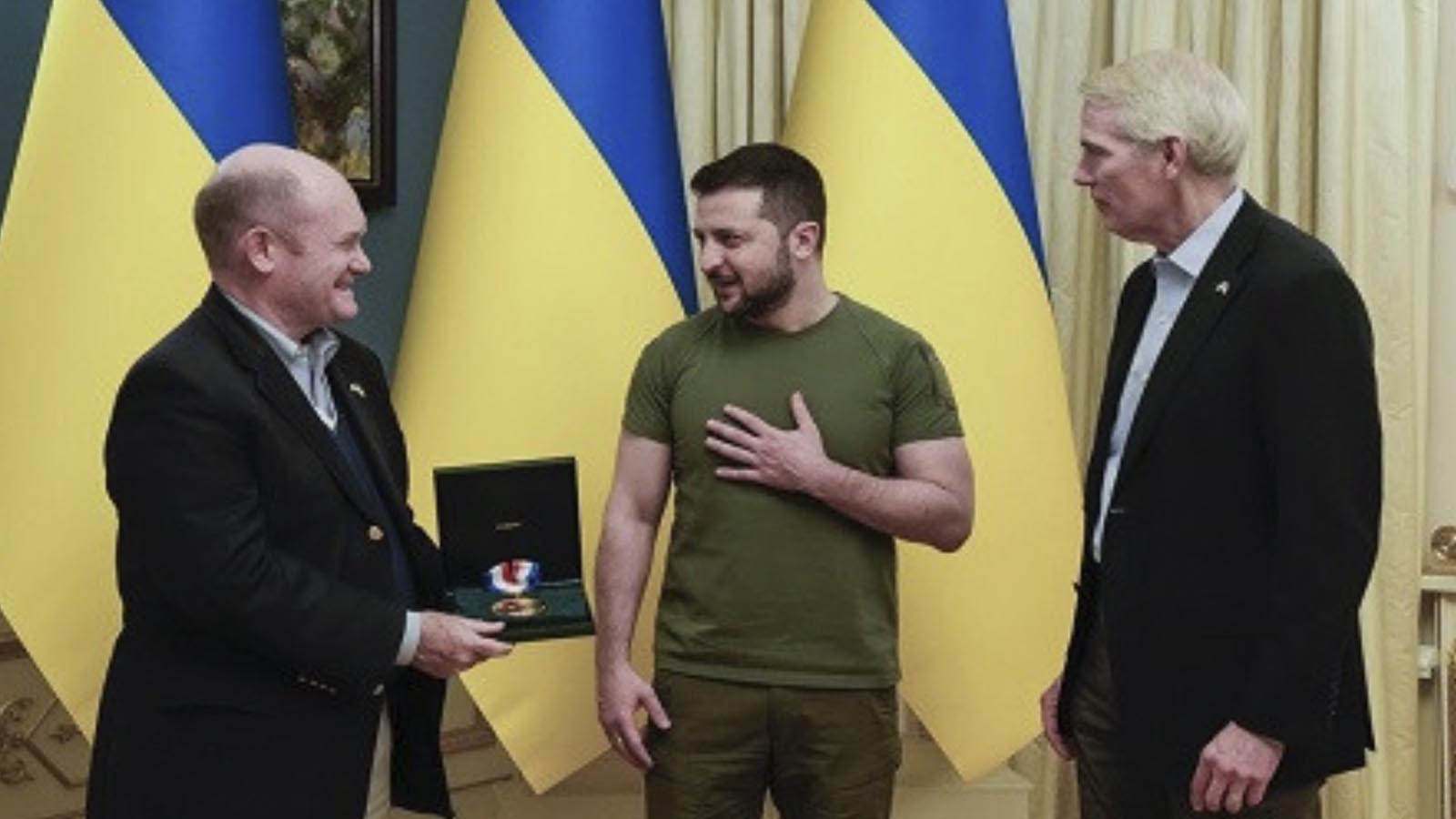 The National Constitution Center honored Ukrainian President Volodymyr Zelenskyy at the 34th annual Liberty Medal ceremony on Monday in Philadelphia. President Zelenskyy was not in attendance in Philadelphia and made acceptance remarks by video as part of the ceremony.

“This award really demonstrates how and what Ukrainian people are fighting for. Liberty is the main word for us and what really unites all Ukrainians,” said Zelenskyy. “As in any democratic society, Ukrainians have different views on life and politics. And as the case was in previous years, we fell divided, arguing whether we would ever be able to stand together. But when Russia decided to destroy our freedom, and wipe Ukraine off the face of the earth, we immediately got united,” Zelenskyy noted.

“We gathered today to celebrate that courage, which we’re seeing every day in the Ukrainian people—men and women, soldiers and civilians—who are laying down their lives for the defense of liberty. And we’re here to celebrate the courage of the Ukrainian people’s democratically elected leader, President Zelenskyy,” said Jeffrey Rosen, president and CEO, National Constitution Center.

Established in 1988 to commemorate the bicentennial of the U.S. Constitution and first administered by the National Constitution Center in 2006, the Liberty Medal honors men and women of courage and conviction who strive to secure the blessings of liberty to people around the globe. The Liberty Medal’s roster of recipients includes many of the men, women, and organizations that have shaped and guided the world through the past three decades, including Nelson Mandela, Sandra Day O’Connor, Kofi Annan, Malala Yousafzai, and Colin Powell. Capturing the attention of millions every year, the Liberty Medal is a tribute to citizenship and America’s constitutional ideals.