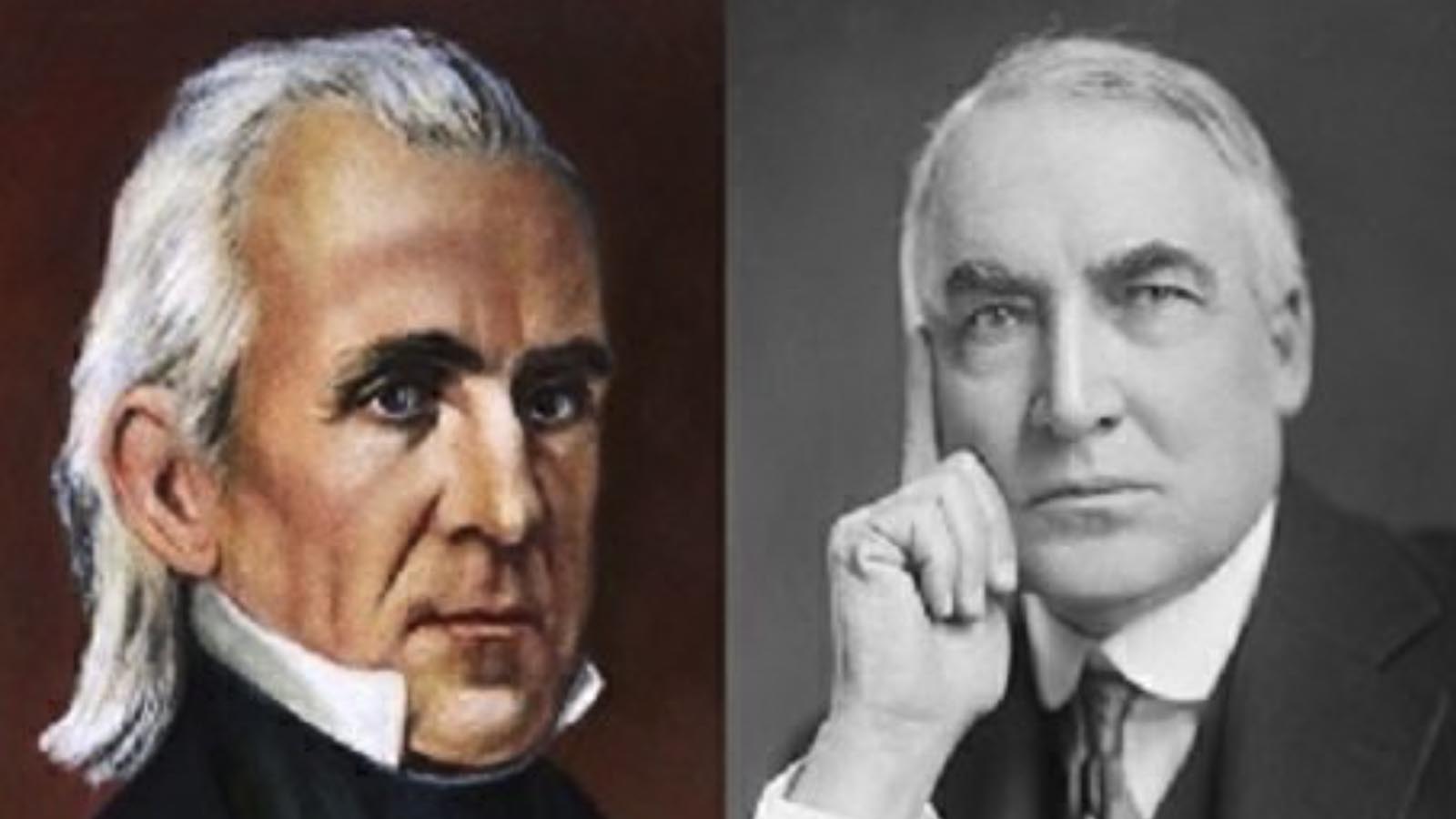 Presidents James Knox Polk and Warren Gamaliel Harding have one thing in common aside from a stay in the White House: the same November 2 birthday. Beyond that, the men took different paths in their public lives.

Polk was born on November 2, 1795, in North Carolina. Polk served as the 11th president of the United States from March 1845 to March 1849. Polk died shortly after leaving office.

Harding was born on November 2, 1865, in Ohio. Harding served as the 29th president of the United States from March 1921 to August 1923, when he died in San Francisco while on a speaking tour as president.

Among historians and political scientists, Polk is currently viewed as an average president. He had been held in higher regard in earlier academic surveys, but Polk’s role in American expansionism and the Mexican-American War has undergone some re-evaluation. Most recently, he was ranked 19th out of 43 presidents in an American Political Science Association survey from 2015.

Polk wasn’t a huge national figure, but he also wasn’t obscure. Polk was the only American president who had served as Speaker of the House of Representatives before heading the Executive Branch. He was a close ally of his political mentor in Tennessee, Andrew Jackson, and Polk became a national figure within the Democratic Party. Polk was also a college-educated attorney before entering politics.

Harding briefly studied law, but he decided to go into the newspaper business in Marion, Ohio, where he was very successful. His wife Florence also played a key financial management role at the newspaper. Harding was also an early entrant into politics, with the support of Mark Hanna, a key GOP figure both nationally and in Ohio. The future president served in the U.S. Senate prior to running for the White House.

Polk had Jackson’s support in the 1844 election, where he was chosen as the first Dark Horse, or compromise candidate, by the Democrats. Harding, too, was a compromise choice at the Republican convention in 1920, where he was allegedly picked in a “smoke-filled room” as the convention deadlocked. While Polk easily defeated the Whig candidate, Henry Clay, in 1844, Harding’s margin of victory over James Cox was the largest that had been seen since the two-party system began.

Their terms in the White House, however, couldn’t have been more different. Polk was consumed with a main issue of the 1844 election: the annexation of Texas. The acquisition of territory in Oregon, New Mexico, and California were also policy goals. War with Mexico started in 1846 over disputed territory; it concluded later in 1847 with the cession of California, Nevada, Utah and parts of three future states to the American government. Polk then honored an earlier commitment to not run for a second term in office, in an effort to stabilize the Democratic Party.

During Harding’s brief term in the White House, he established a pro-business administration that sought to bring the country back to “normalcy.” But Harding also seemed overwhelmed at the White House, and he was known to smoke and drink heavily. After the Republicans saw defeats in the 1922 midterm elections, Harding started on a national tour to lay the groundwork for his re-election. Instead, a fatigued Harding fell ill and died in a San Francisco hotel at the age of 57. After his death, a series of scandals emerged about the Harding administration, including the Teapot Dome scandal.

Polk was also in poor health from overwork at the end of his administration. He died just three months after leaving Washington at the age of 53, from cholera.