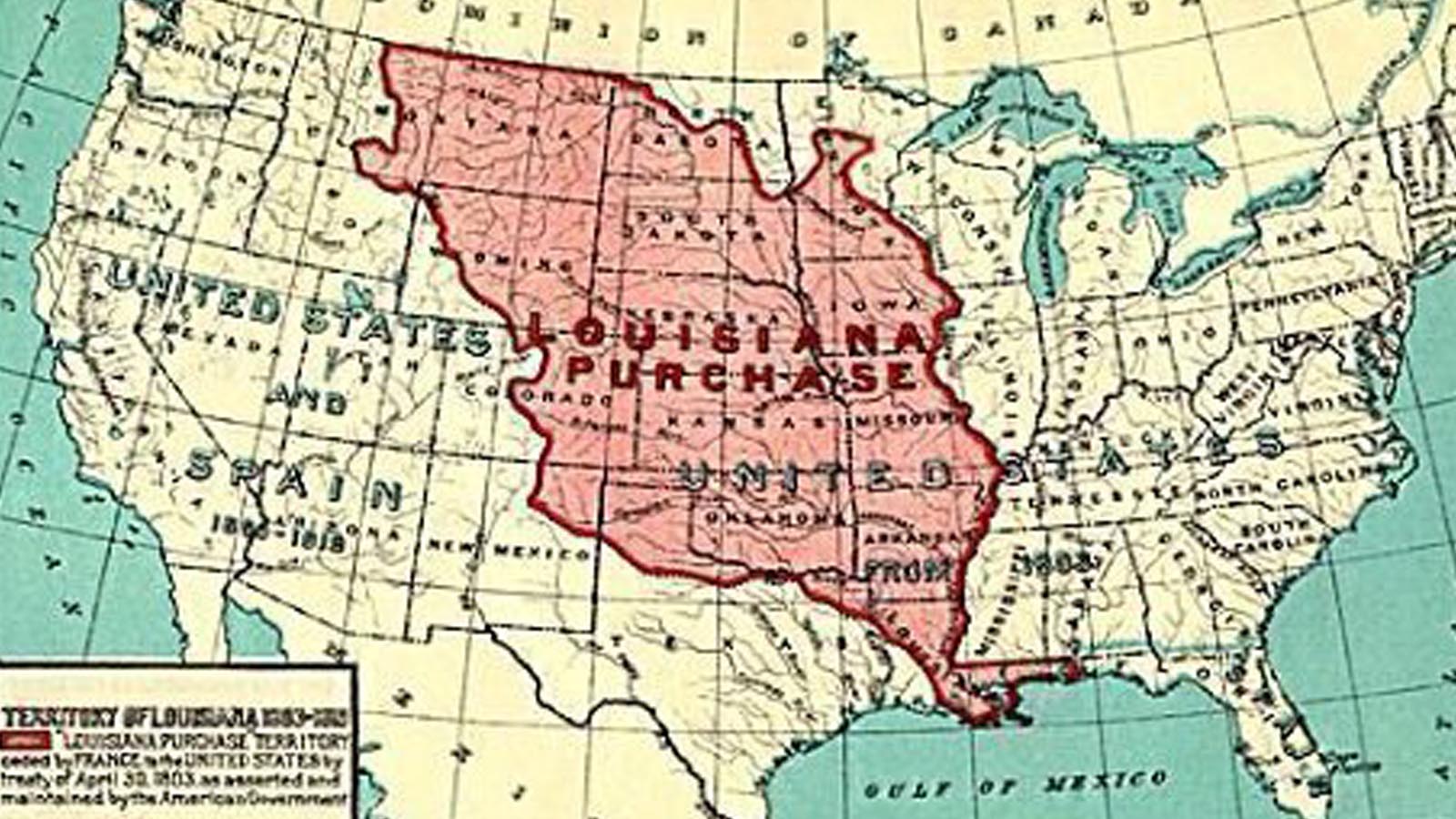 On October 20, 1803, the Senate ratified a treaty with France, promoted by President Thomas Jefferson, that doubled the size of the United States. But was Jefferson empowered to make that $15 million deal under the Constitution?

The Louisiana Purchase was a seminal moment for a new nation. The land involved in the 830,000 square mile treaty would eventually encompass 15 states. In 1800, the vast region came under French control after Napoleon reached an agreement with Spain. Jefferson was very familiar with the French, due to his time in Europe as an American envoy. He also understood the potential military danger France posed if they controlled the Mississippi River.

Jefferson sent James Monroe in 1803 to France to join Robert R. Livingston in an attempt to buy some part of the territory from the Napoleon regime, in order to head off a potential armed conflict. Jefferson told his friend Monroe that “all eyes, all hopes, are now fixed on you, . . . for on the event of this mission depends the future destinies of this republic.” Monroe had the authority to spend up to $10 million to acquire New Orleans and all or parts of Florida.

But when Monroe arrived in Europe, Napoleon had already made a decision to sell the territory to the United States, in order to protect other French territories in the Caribbean and to finance his military efforts in Europe. Monroe and Livingston found out Napoleon wanted $22 million for the entire territory. After several weeks of negotiations, the Americans made a deal for the $15 million purchase, which exceeded what they had the authority to spend. It took several months for the official news to reach Jefferson in Washington, D.C., and it was announced on July 4, 1803.

While the deal was instantly popular, there were problems. Negotiations would need to start with Great Britain and Spain about shared boundaries. And there was a debate about whether and how such a large property purchase was allowed under the Constitution.

Jefferson took a strict, literal view of constitutional powers, meaning that specific powers reserved for the President and Executive Branch needed to be spelled out in the Constitution. The ability to buy property from foreign governments was not among these powers listed the Constitution – a fact that his political opponents, the Federalists, were eager to point out to the President.

Instead, Jefferson considered a constitutional amendment the only way to conclude the deal with France. “The General Government has no powers but such as the Constitution gives it,” he wrote to John Dickinson in 1803. “It has not given it power of holding foreign territory, and still less of incorporating it into the Union. An amendment of the Constitution seems necessary for this.”

However, Jefferson had no intention of losing the deal with France. “In the meantime we must ratify and pay our money, as we have treated, for a thing beyond the Constitution, and rely on the nation to sanction an act done for its great good, without its previous authority,” he told Dickinson.

Jefferson’s cabinet, including James Madison, disagreed about the need for a constitutional amendment. The President also had been assured earlier in the year by Albert Gallatin, his Treasury Secretary, that any potential deal with France would be permissible and implied under the Constitution’s treaty-making provisions.

Jefferson rationalized his decision for the treaty to be sent to Congress without an amendment to John Breckinridge. “It is the case of a guardian, investing the money of his ward in purchasing an important adjacent territory; and saying to him when of age, I did this for your good,” he said in August 1803.

By that time, Jefferson and his supporters faced an October 31, 1803 deadline to ratify the treaty or lose the purchase. Ironically, the deal to expand federal powers would need to be sold to the Federalists, who had advocated such a position before the treaty was signed, and supported by the Republicans, Jefferson’s party, which had opposed such a broad extension of presidential powers.

The debate in the Senate only lasted for two days. On October 20, 1803, the Senate voted for ratification 24-7, and the treaty was signed on October 31, 1803. In the treaty’s aftermath, although some Federalists continued to view the Louisiana Purchase as unconstitutional, the purchase was never questioned in court. If it had been, Jefferson may have come in conflict with his own cousin and political rival, Supreme Court Chief Justice John Marshall.

But years later, Marshall made his thoughts clear about the Treaty Clause in an 1823 decision called American Insurance Co. v. Canter. “The Constitution confers absolutely on the government of the Union, the powers of making war, and of making treaties; consequently, that government possesses the power of acquiring territory, either by conquest or by treaty,” Marshall said.