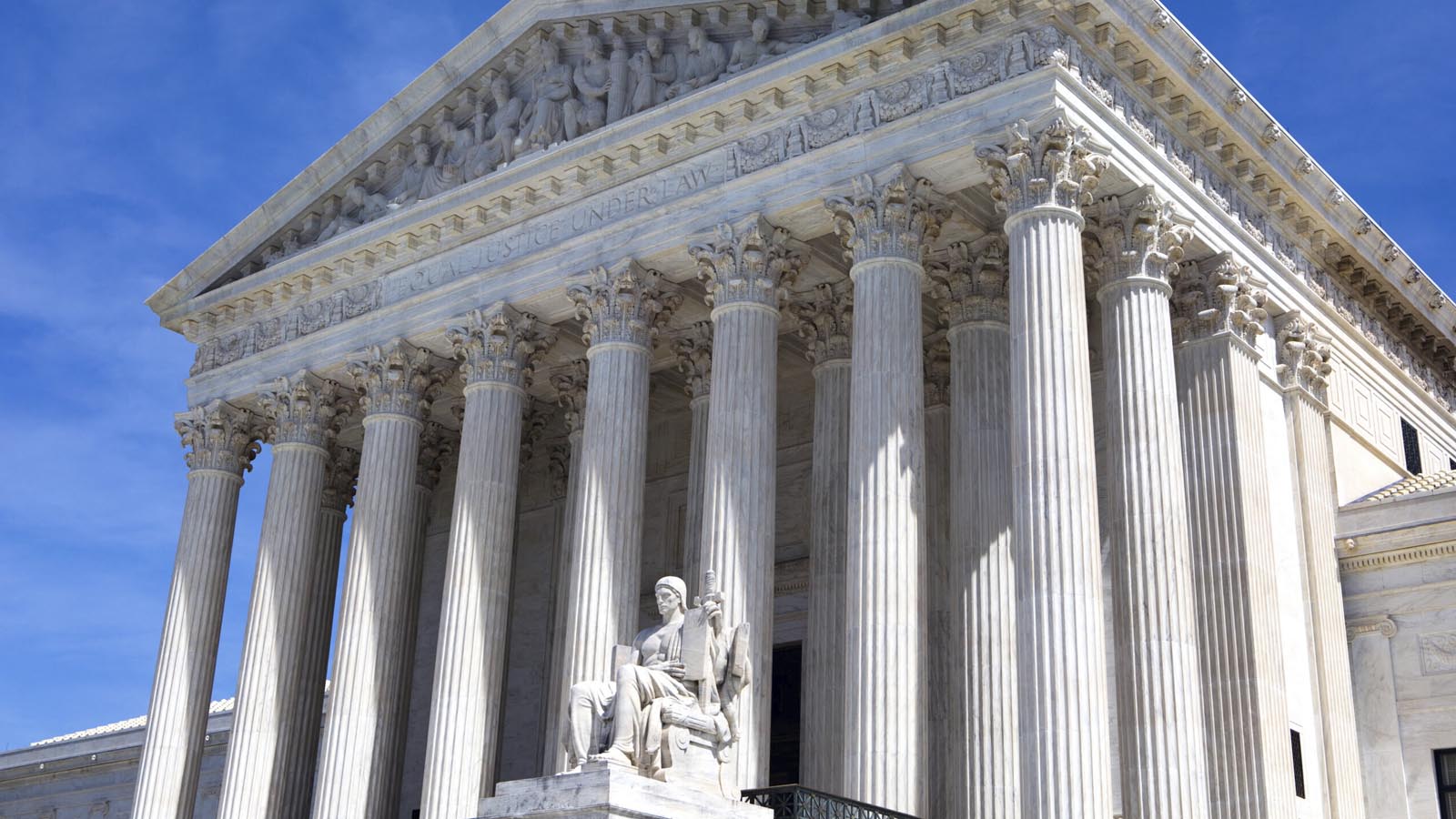 The viewer’s message wasn’t a “hate-on-Catholics” rant. The viewer was making a connection, rightly or wrongly, between the results of three major religion rulings and the religion of five of the six justices in the majority. (Justice Neil Gorsuch is sometimes considered a sixth Catholic justice having been raised as a Catholic, but reportedly now attending Episcopal services.)

There is a certain reluctance to make that connection for fear of being accused of religious bigotry. Recall what happened to California Democratic Sen. Dianne Feinstein in 2017 during the nomination of then law professor Amy Coney Barrett to the U.S. Court of Appeals for the Seventh Circuit. Feinstein, noting articles written by Barrett, a Catholic who was teaching at Notre Dame University law school, told Barrett, “It seems the dogma lives loudly within you.”

Feinstein was harshly rebuked by her Republican colleagues and others who viewed the comment as evidence of an anti-religion bias.

Judges and would-be judges always say their religious, political, or other personal views do not influence their decisions. Instead, they say, they apply the law and Supreme Court precedents. Like the television viewer who wrote in, that is sometimes difficult for people to accept and given the current, very low approval rating of the Supreme Court, it may be growing more difficult for more people.

But there is a way to examine the religion decisions without falling into the bigotry camp. Empirical legal scholars use data and statistics to open windows into the Supreme Court, its justices, and its rulings.

Two of the most respected empirical law scholars—Lee Epstein of Washington University at St. Louis School of Law and Eric Posner of the University of Chicago Law School—recently published a statistical study of the Roberts Court and constitutional protections for religion. The study was based on a dataset that included every Supreme Court case that produced an opinion relating to the First Amendment’s establishment and free exercise clauses from 1953 to the 2020 term. The data showed that the Roberts Court represents a break in the development of the two religion clauses.

“Over the entire period, the court ruled in favor of religion 59% of the time,” the authors reported. “Win rates do not differ significantly for Free Exercise Clause cases (59%) and Establishment Clause cases (57%). Across the Warren, Burger, and Rehnquist Courts the religious side prevailed about half the time, with gradually increasing success. In the Roberts Court, the win rate jumps to 83%.”

The study noted two major shifts in the court’s religion rulings: leftward in the 1960s and 1970s and rightward beginning in the 1990s.

These empiricists also examined the justices in their dataset. They ranked them by their pro-religion votes and concluded:

“They are also all Christian, mostly Catholic, religiously devout (though this variable provides a weaker explanation than the others), and ideologically conservative. Amy Coney Barrett will likely advance this trend.” Barrett, who didn’t join the court until 2020, did advance the trend in last term’s religion decisions, her first full term on the court. (The least pro-religion justice was Presbyterian William Douglas who served from 1939 to 1975).

The study has much more detail and explanations of its methodology. It is a fascinating window into this area of the court’s jurisprudence and can be found here.

Going back to that television viewer, an unstated and accurate aspect of the message was the lack of religious diversity on the Roberts Court. With five, maybe six, Catholic conservative justices and one Catholic liberal justice (Sonia Sotomayor), seven out of nine justices are of the same religion. Justice Elena Kagan is Jewish and new Justice Ketanji Brown Jackson has said she is a nondenominational Protestant.

Just as the court is beginning to look more like America with four female justices and two Black justices, religious diversity reflecting the nation’s multi-religions is another factor in inspiring public confidence in the court’s rulings and the institution’s legitimacy.